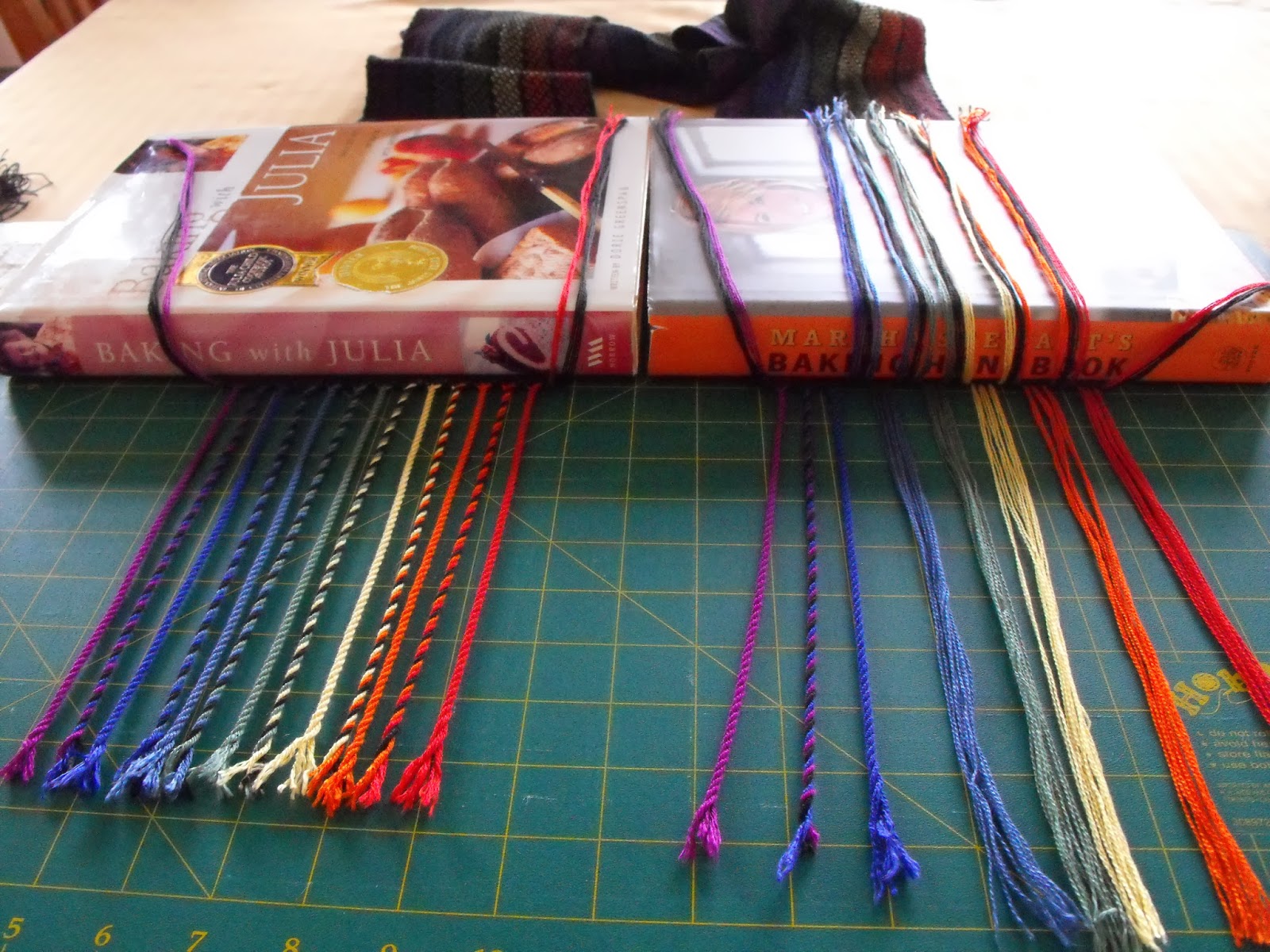 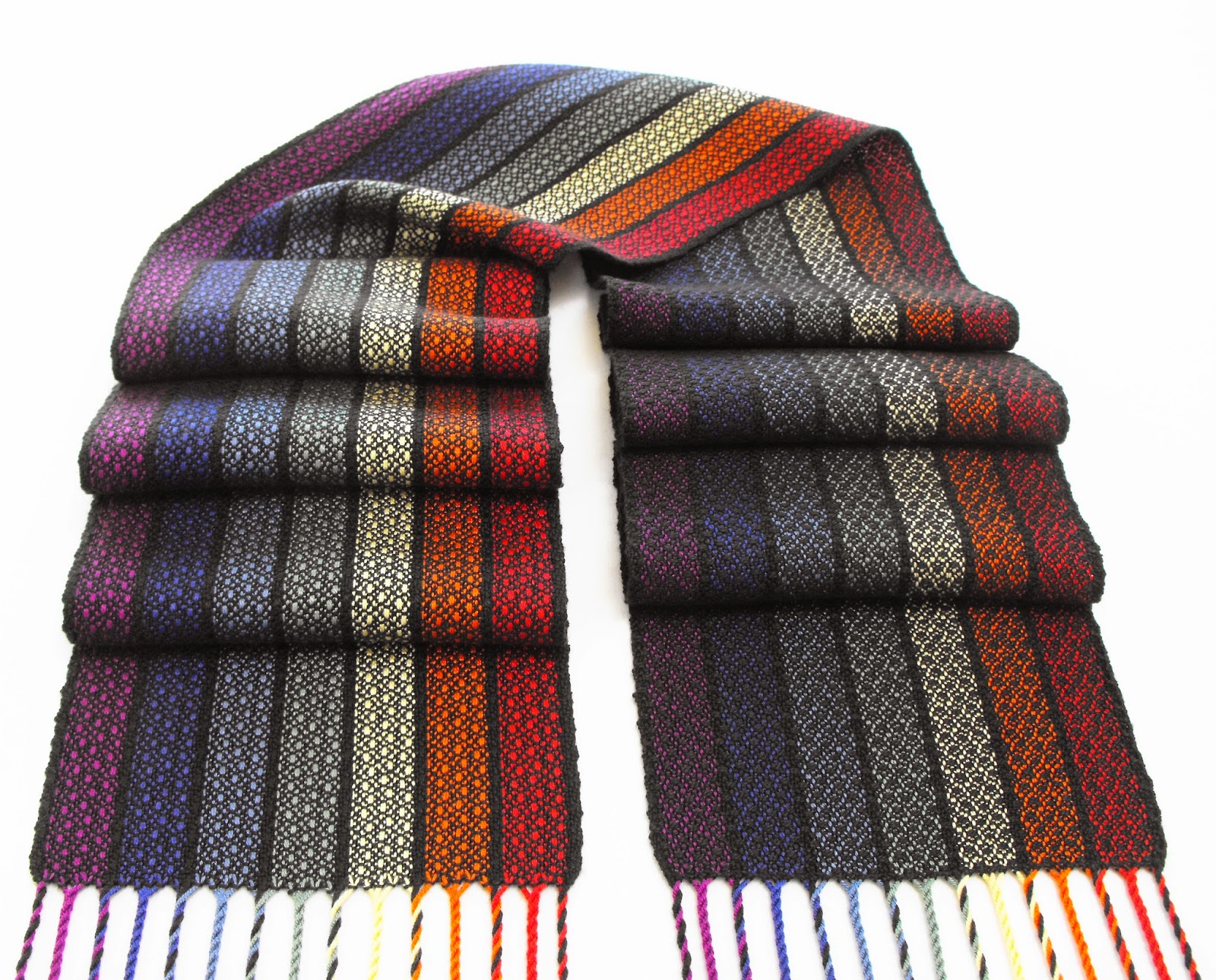 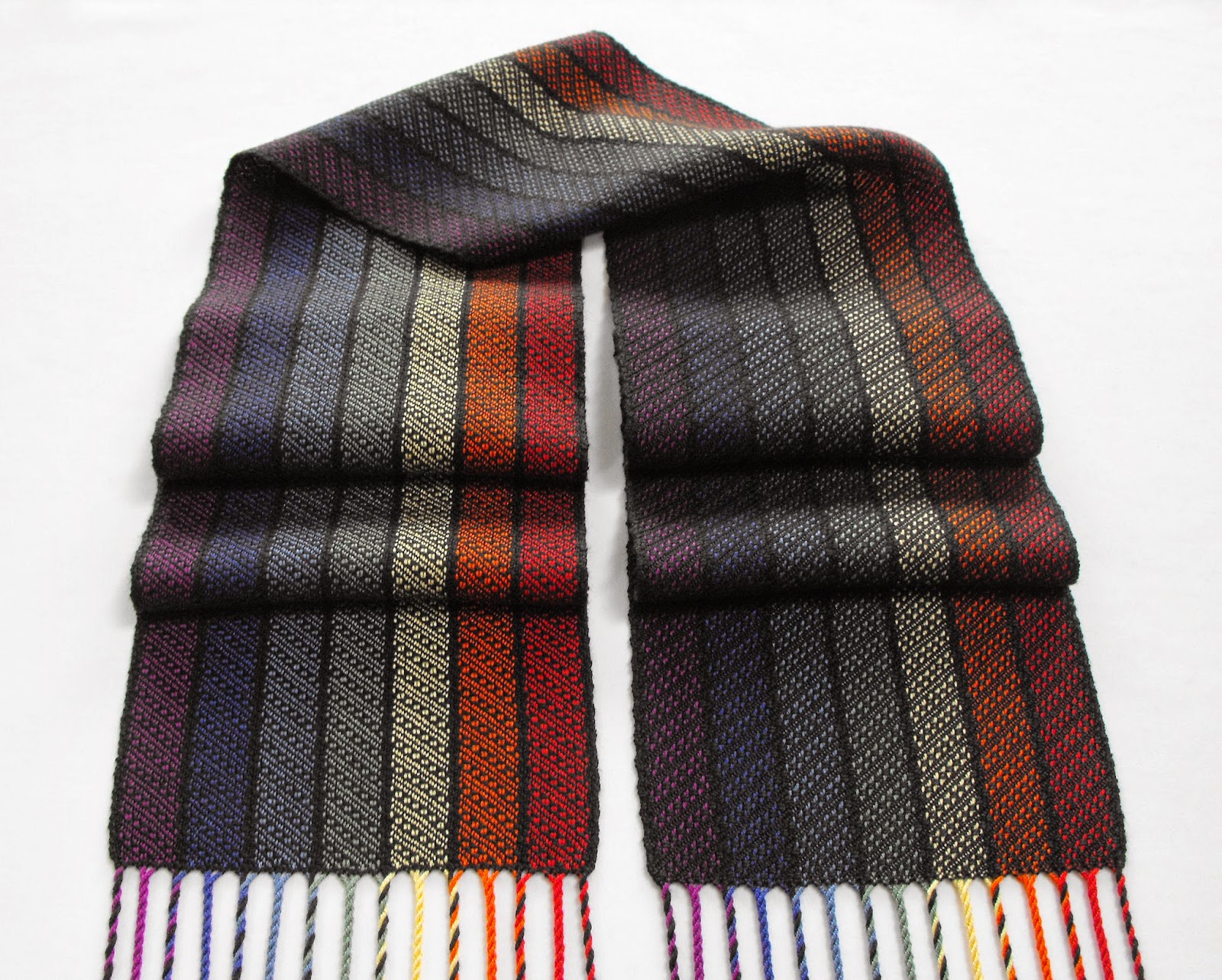 These are subtle scarves that are suitable for both men and women.  I absolutely love both patterns but I am not sure about the black lines between the colours, it makes the scarves really dark.  If I do rainbow coloured scarves again I wouldn't put anything between the colours, just embrace the brash colourfulness!
Posted by Ngaire at 2:45 PM 3 comments: 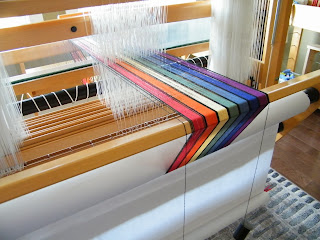 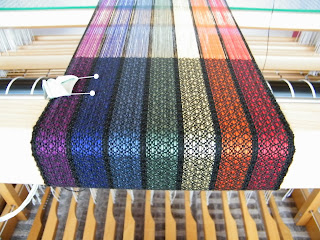 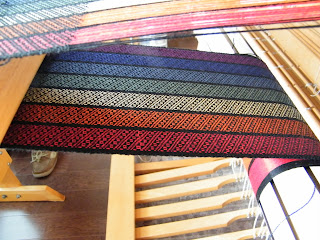 This time I checked the tie up and made sure that the least number of harnesses were being raised.  So I did end up flipping the tie up and it really did make a huge difference on how fast the scarf was woven.  I was able to weave faster and for much longer at a sitting and amazingly I was able to finish the scarf in one sitting.
Posted by Ngaire at 4:02 PM 3 comments: