I’m reweaving the white linen table runners; I made a threading error on the first batch from the end of last year (Blog post 1 and Blog post 2).  I love pattern and the classic blue and white colour combination so much that I felt compelled to make these table runner right. 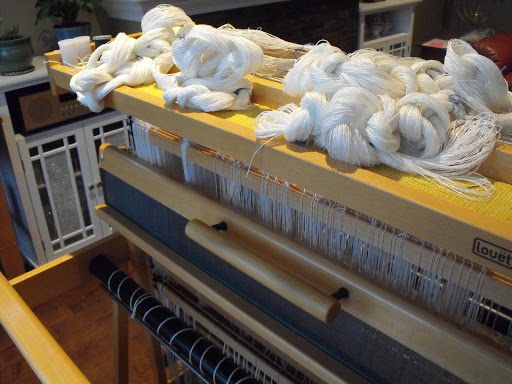 I carefully threaded the warp in 2/16 white linen then tied on and woven the first six inches and then I stalled.  The runner sat there for over a week, while I did some spring cleaning and gardening outside.  (It’s snowing today but the daffodils are up and three inches high!) 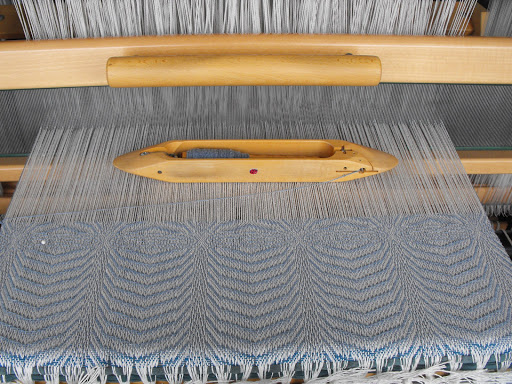 But I finally started weaving, and I’m reminded why I like to weave this snowflake twill pattern; the treadling is a joy to weave.  The weft is a denim blue cottolin that is a nice compliment against the white linen. 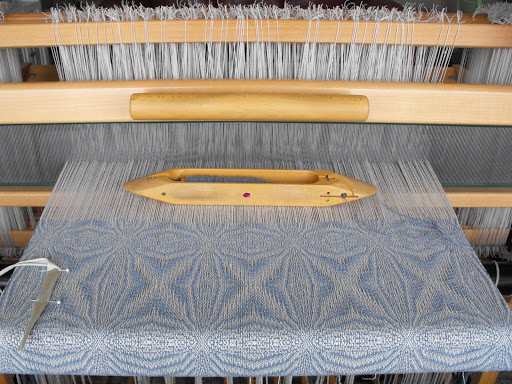 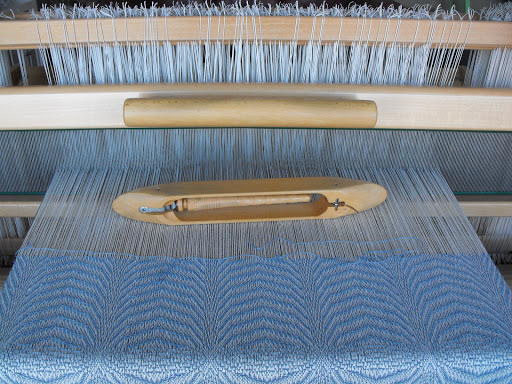 I put on enough warp for two runners so hopefully I’ll finish weaving the other table runner next week, but the spring cleaning list beckons.  We like to get it all done before March when the garden sends out it's siren call.

Final garden shot is of the daffodils almost ready for Spring.  I took on that photo on Thursday, as I’m writing this it is snowing and the forecast is for 5 -15 cms of snow!  It has gone from warm sunny weather to winter in just a couple of days. 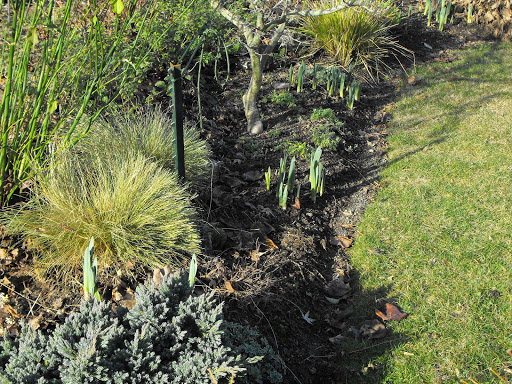 Posted by Ngaire at 2:37 PM No comments:

I know, it’s been forever; that would be November 23, to be exact; since I started my two Parallel Threaded Scarf .  After really working at the second scarf for the past two days, I have just cut them off the loom.  Like many of you out there, I have been stalled in the doldrums, so nothing in my world is moving at any kind of speed. 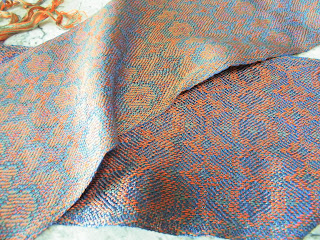 The first scarf I wove on the orange and green warp was crossed with Blue/Purple Tencel.  This produced a scarf where both sides have very similar depth of colour.  The pattern is reversed but since the colour saturation was very similar, the differences are quite subtle.  The iridescence is really lovely with the fourth colour wandering into the crimson/purple range, although the grey day and my camera really didn’t capture it well.  And of course it needs to be washed to snug up all the threads and allow the colour play to develop. 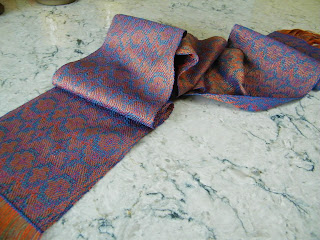 This photo features the bluer side of the scarf and it has all the potential to be a stunner.  Not sure how I’m going to treat the fringe at this point though.  I have several options (a) just twist two green and two orange threads together (b)  isolate the colours and let them go (c) add weft coloured threads to each bout. 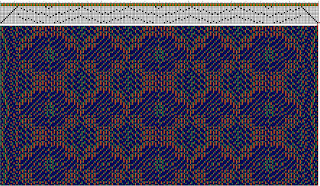 This second scarf is by far my favourite.  I worked on the treadling and took out a lot of the pattern echoing and reduced the pattern to these lovely small flower shapes.  I changed the weft to Iris Tencel and the greater contrast really made the scarf pop. 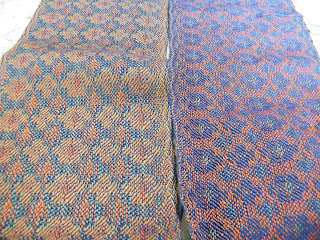 The iridescence is wonderful and there is more of a rosy/purple shine coming through.  I’m sure once it is washed and the drape show, it’ll be a real looker! 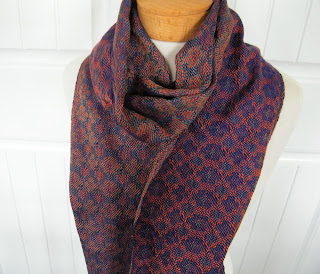 I will post a couple of photos later after I've done the fringes and when the light is better and hopefully the beauty shots will shine!

Posted by Lynnette at 3:07 PM No comments:

What’s on the looms on the first week of January

First of all, Happy New Year!

Every year we have a little tradition to show what is on the looms on January first.  It’s a little late this year but better late than never.

Starting with Mom’s loom she has finished one scarf with the parallel threading in orange and green Tencel and the weft is a blue/purple Tencel (here is the blog post) and she is getting ready to start scarf number two. 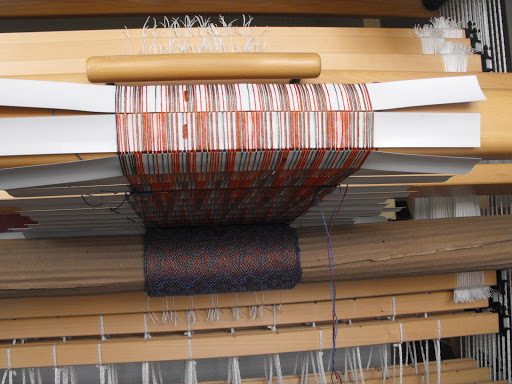 On my loom is piles of white linen, I’ve decided to reweave the table runners that I messed up at the end of last year (here is the blog post). 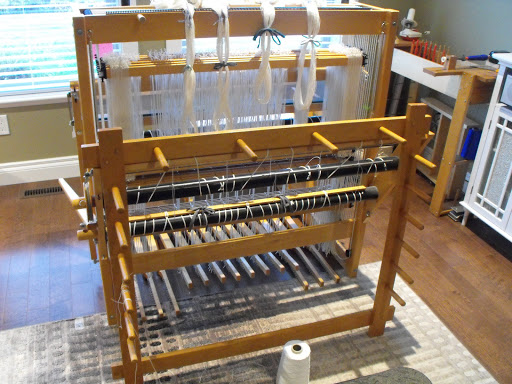 The garden photo is of a Mexican Orange Blossom (Choisya ternata) with the first flower blooming!  What a lovely sight in January. 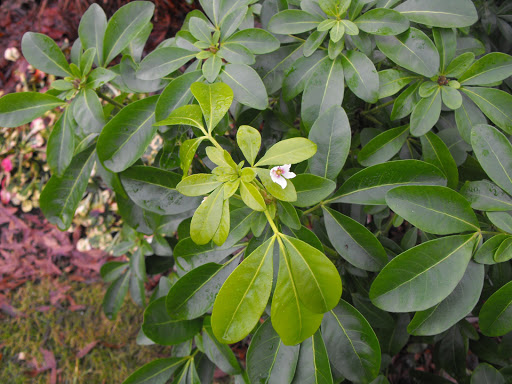 Posted by Ngaire at 5:07 PM No comments: