One Mistake at a Time

I have been weaving away and not always as successfully as I’d like.  I wove a really lovely crackle scarf with an original pattern that had so many mistakes that I’m gobsmacked. 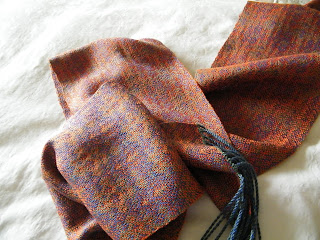 There was one treadle that every once in awhile just dragged an adjacent thread along with it.  This was all happening on the underside of the weaving and I completely missed it.  This is a beautiful iridescent scarf and now it’s mine.  It joins the host of mistake ridden scarves that are just ‘too good to be threw’ in my wardrobe.   It will take another weaver, very close up to spot the mistakes but dammmmn! 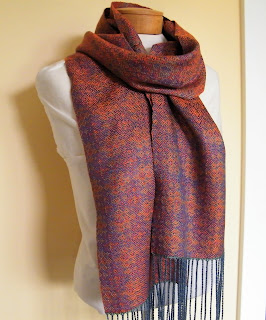 I then put on one of my hand painted silk scarf warps.  This one is a lovely white and soft grey.  I chose to weave it using a variation of Marguerite Davisons Twill Complications pattern.  I am having a problem with my right knee, so weaving with four shafts and tying all the treadles for my left foot feels pretty good right now.

The warp went on as smooth as silk and the scarf wove up in a flash.  I was really happy with the overall effect until it was off the loom and I noticed an incomplete pattern block.  What the heck?  Again I couldn’t see it from the front of the weaving, but man....it’s there. 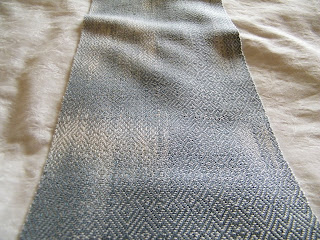 This is a lovely scarf and I just can’t take yet another addition to my personal scarves, so for the first time I will sell it as a second.  A non weaver will never notice the treadling error and I will point it out on the sale page.  It will be a good deal for the right person. 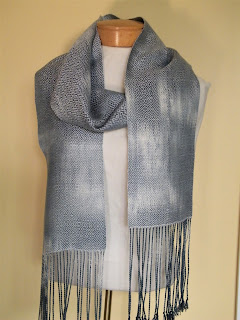 Today's garden shot is all about the abundance of figs on our trees.   This is my Fig and Onion Jam.....I took a regular fig jam recipe and doctored it to create these beauties.  It tastes amazing with cheese. 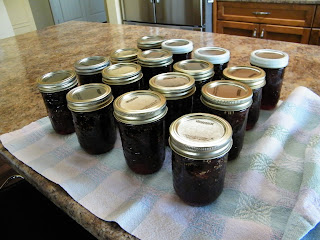 We also have a bounty of cherry tomatoes that are going to be a real ray of sunshine next January! 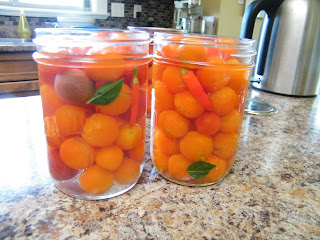 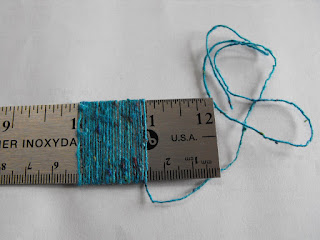 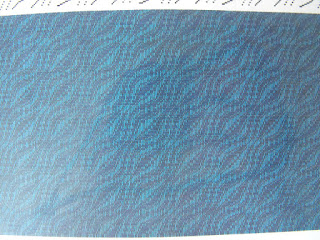 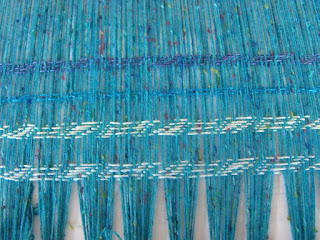 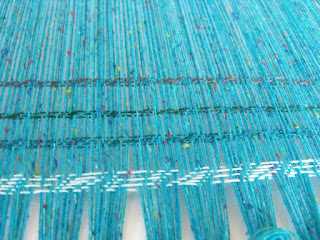 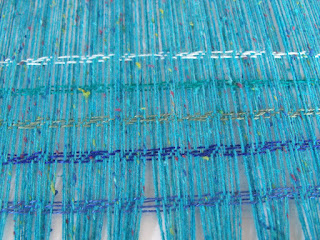 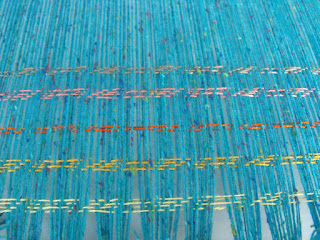 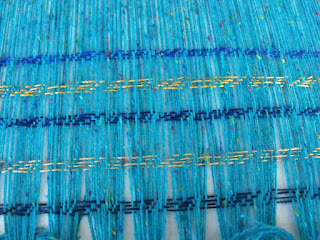 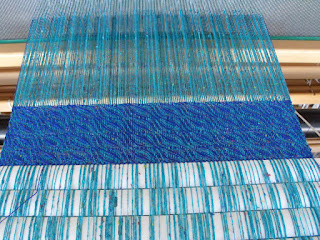 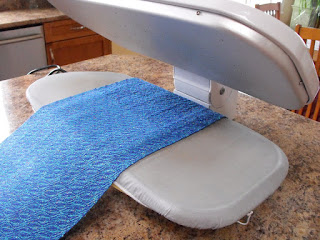 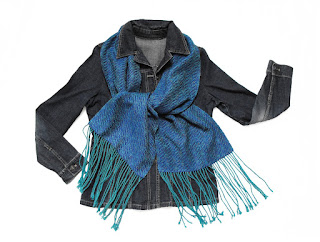 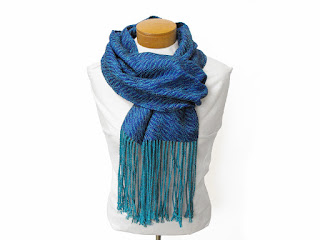 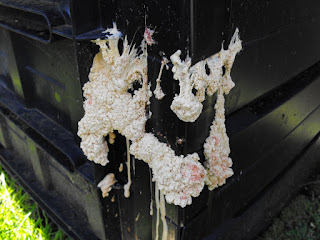