In mid September I put a warp on the loom using 2/20 silk that I had dyed a year or so ago.  The warp was painted an all over light blue and then mid toned pink splotches were added.  My goal was to get a bit of randomness into the scarf I intended to weave.  I have an immense love for pattern and I really wanted to feature some spontaneity in my colour choices to offset the pattern. 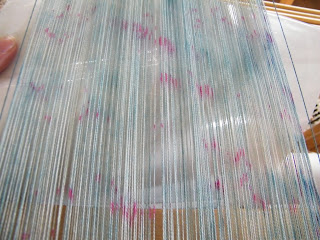 I chose a twelve shaft pattern with a geometric motif that is not quite perfectly linear.  There is a slight flaring and thickening of the diamonds that tend to make it a bit more interesting I think. I found the pattern in a book and had to make a number of corrections to fix very long floats. 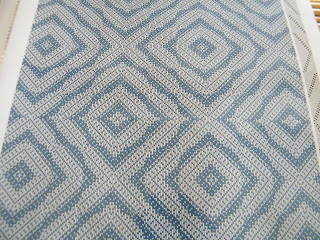 After my usual pfaffing around with wefts I chose to weave the silk with tencel weft in grey blue.  I warped the loom and started weave a few inches and before I knew it, it was the end of September and the beginning of what I think of as ~ trip time! 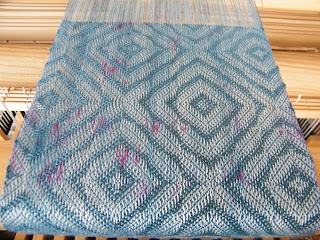 At the end of September we were off to Italy on a three week holiday.  We were headed to Puglia, Basilicata and Calabria, so we really were going to see Italy from heel to toe!  Our flights were enough to put me off travel forever!  We seemed to have to transfer planes constantly and had really tight connections ... so very stressful!

Italy was magical as always and this part of Italy is moderately less travelled.  Our trip was archaeology and architecture focused and we saw everything from Roman ruins to Baroque churches in Puglia.  I cannot begin to tell you how wonderful it was, with amazing food and wine and weather, but I’ll share a few photos. 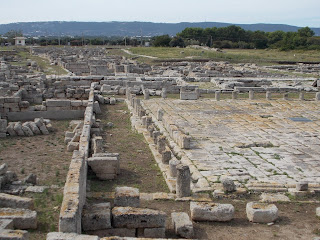 These are the Roman ruins of Egnazia which is still being excavated, it was a stop on the via Appia and this part of Puglia has 1000 year old olive trees which are amazing. 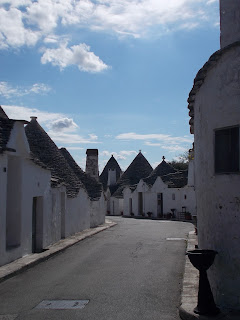 Alberobello Puglia is a Unesco site and home to the Trulli architecture which was stunning. 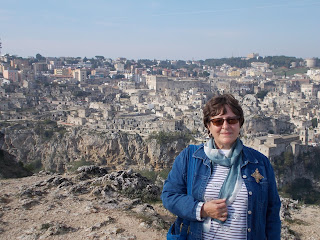 We moved on to Mattera in Basilicata which is the Unesco European City of Culture 2019.  Happily we were there before it hits it really big.  It was once known as the shame of Italy as people were living in hill caves right up until 1952 without any plumbing or electricity.   When we were there they were using the old village for a Bollywood movie! 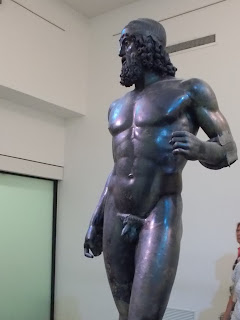 Calabria was my least favourite part of the trip and frankly it was only because it was studded with piles of garbage and plastic floating in the wind.  The highlight was seeing the Riace Bronzes in Reggio, luckily we got there early in the day and had the Museo Nazionale almost to ourselves.

Now that I’m back home and our annual Guild sale is behind me, I am going to sit at the loom and finish that scarf! Well... and bake... when I come home all I want to do is bake and enjoy being home, this is Martha Stewarts Marbelized Roulade before baking, I took it to a dinner party and what a hit! 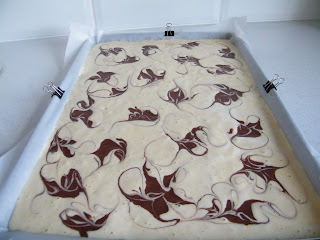