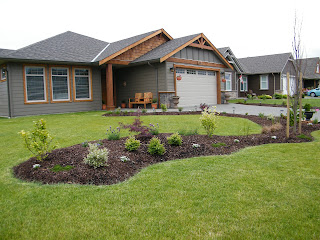 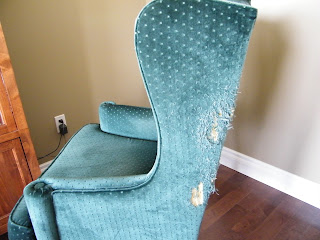 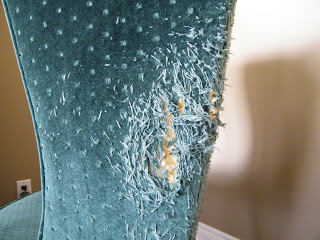 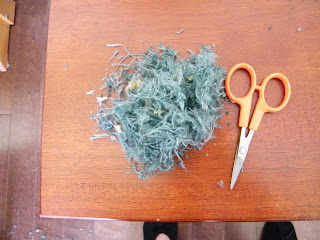 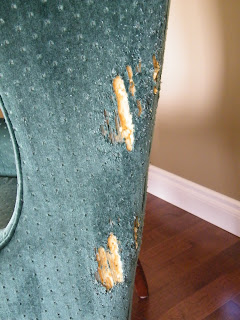 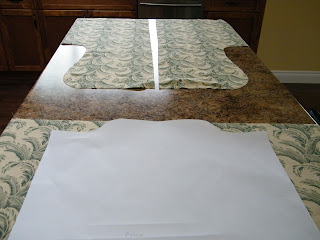 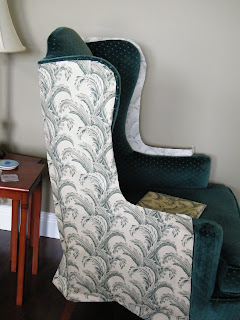 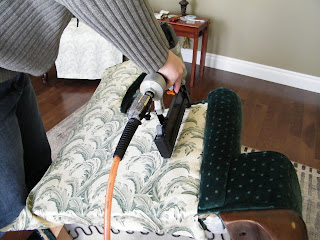 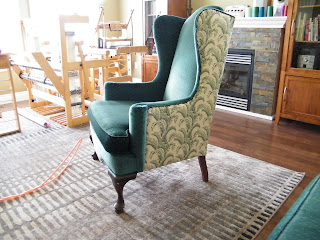 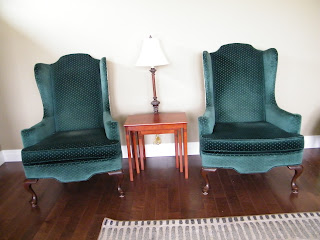 From the front the chairs still look the same, but now that I look at things I think the next project will be to refinish the tops of those nesting tables.  Including the purchase of the staple gun, the project price ended up being $40.00 per chair!
Posted by Lynnette at 5:02 PM 3 comments:

The Last of the Hand Dyed Warps Part 1

We've finally bitten the bullet and opened our very own Etsy Shop and I've got to say it's wayyyyyyy more work than I expected!  The good thing is we're getting really good at taking photos of our weaving and as an added bonus we're improving our descriptive language skills......please take a moment to visit us at NyreeLynn

All the recent warps that Mum and I have been doing are hand dyed 2/8 cotton that we dyed sometime last year.  This last warp was supposed to be dyed navy but the colour came out slate grey which is very pretty but quite a dark colour. 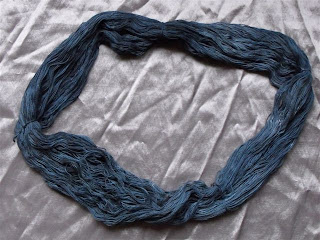 I used a soft blue, soft green and hot pink Orlec to liven up the warp.  The green and blue were used alternating with the grey cotton and the pink was used as 6 stripes.  This warp turned out to be one of the prettiest warps that I have ever done!  When it was sitting on the shelf it looked so enticing and I couldn’t wait to weave up the two scarves. 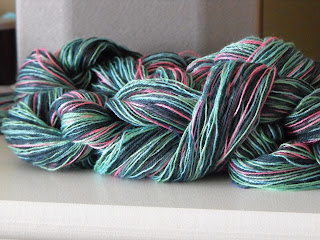 The blue and pink hand dyed scarves that I have done previously have been Finnish Lace.  For this warp I wanted to do a different pattern, I chose another lace pattern that highlights the pink stripes.  But I didn’t like it; the little squares of lace in the pink stripes are too small widthwise, so thet seemed lost in the scarf.  I also didn’t like the fact that plain weave had one pick with the all the light colours of the warp and the other pick was all grey.  It made the scarf really dark.  The lace and plain weave didn’t play nicely together making the weft look droopy.    I also had trouble with the edges so back to the drawing board. 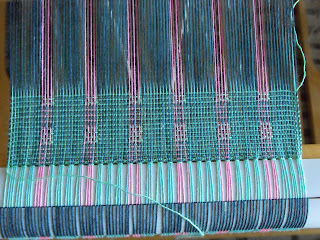 I went looking for a new pattern by searching through drafts that had already been woven and I found this lacy twill that I had woven before, out of bamboo and tencel that I just love.  I fiddled with the pattern so that the medallions fit between the pink stripes.  And for the pink stripes I broke up the twill to give the scarf added interest. 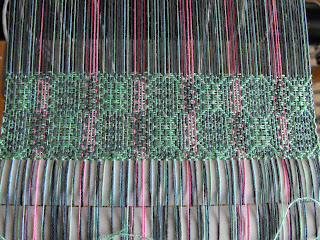 I really like how the twill wove up, and loved the colour play, but I don’t like how the edges are weaving up.  They are pulling in because of the twill floats on the edges which make a ruffled edge.  So I unwove, rethreaded and did the tie up again for the third time!  I made the edges into a 2/2 twill which I put on shafts 9 –12 to make things a little easier. 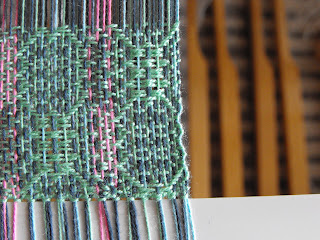 So here is hoping that the weaving goes easier from now on!  I am getting tired of weaving the same couple of inches of just the first scarf.
Posted by Ngaire at 11:07 AM 2 comments: 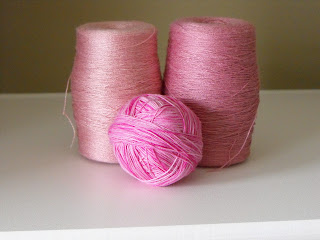 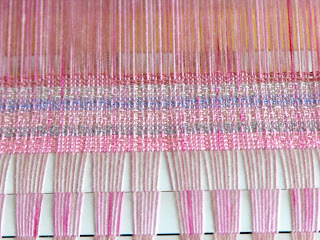 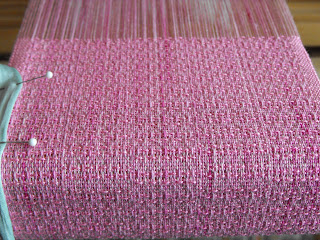 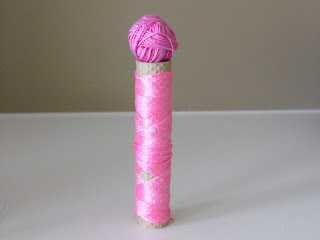 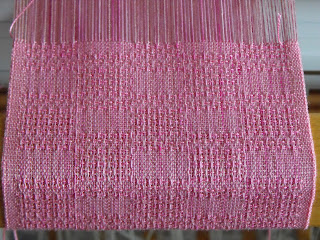 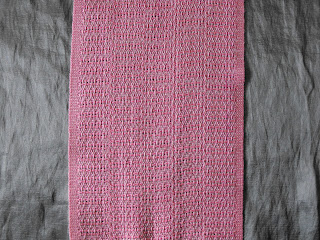 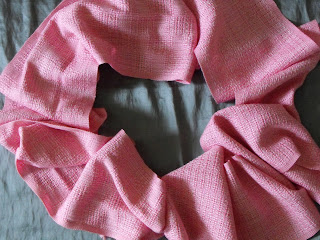 These are delightful spring time scarves!
Posted by Ngaire at 9:31 AM 2 comments: