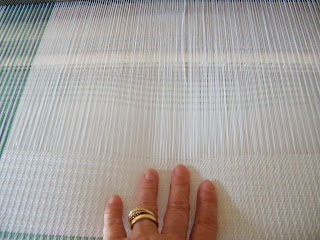 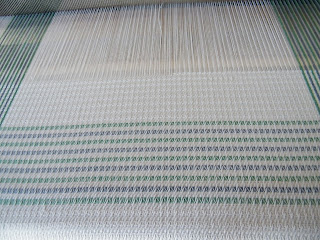 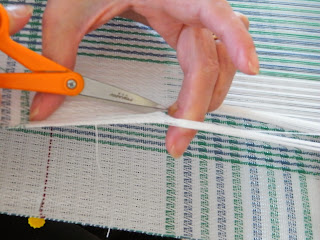 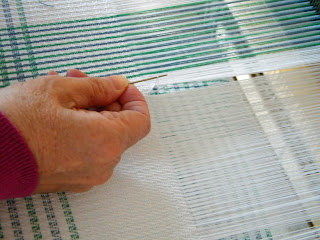 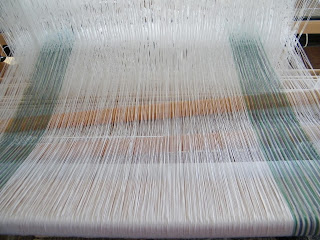 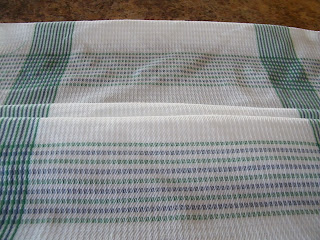 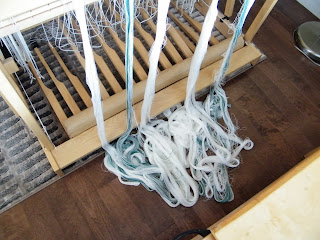 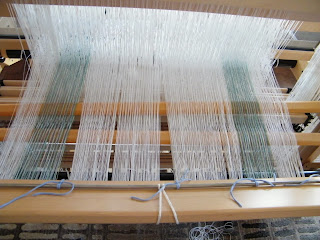 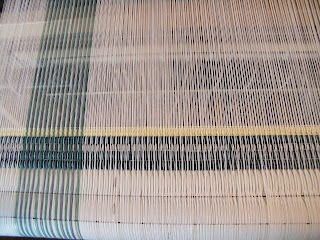 I could not believe the difference in the length of some of the threads when I tied on, it was several inches between the shortest and longest!  While I was teasing these twisting, torqueing  threads onto the beam the first time I beamed it; I was sacrificing the overall tension of the warp and boy did I pay the price.
Posted by Lynnette at 11:42 AM 2 comments: 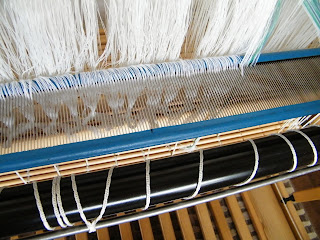 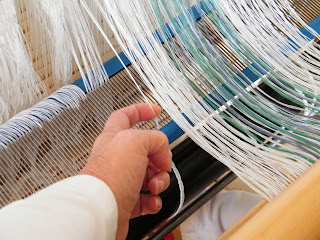 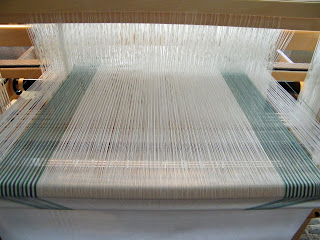 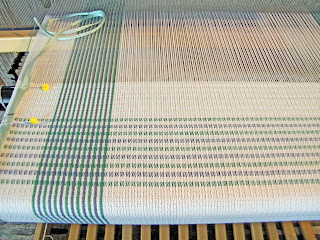 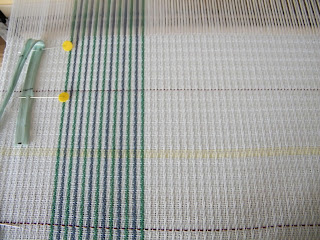 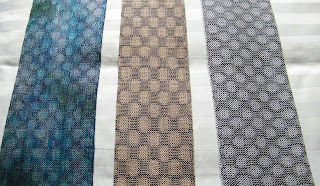 Just thought I’d show you how different the same pattern can look with different warp and weft…on the left is hand-painted silk and bamboo weft, the middle is tencel with muga silk weft and the pattern elongated and the right is tencel with tencel weft; a super versatile pattern!
Posted by Lynnette at 11:56 AM 3 comments: 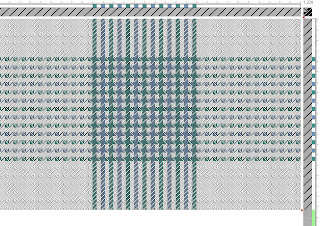 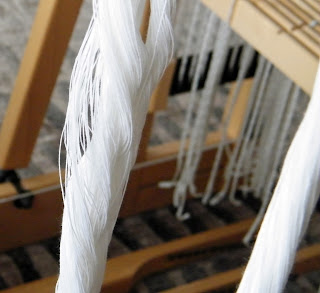 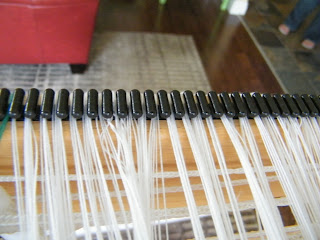 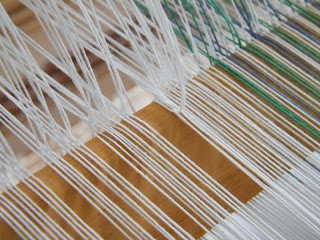 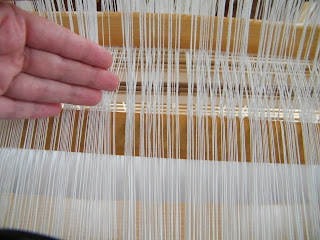 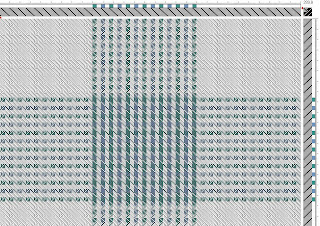 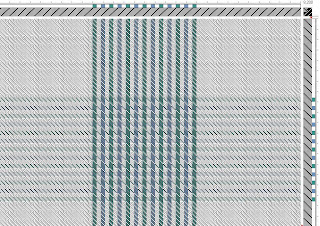 ecause of the way I put the warp on the back beam I’m having to thread my heddles from left to the right to make sure it works out.  I'm finding it completely counter intuitive and it’s taking me forever to get anywhere, but I have to admit that it's looking really, really lovely.
Posted by Lynnette at 4:22 PM 5 comments: