The Last of the Collapse Weave

I think that collapse weave scarves have run their course for now.  I wove four of them and although I really enjoyed the process of weaving them, I’m longing to do some pattern weaving! 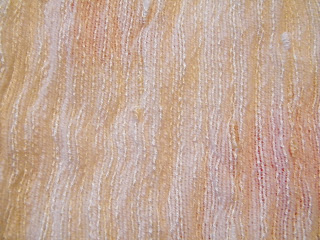 After the two  rose collapse weave scarves were finished, I tied on a scarf in cream merino and rayon slub and I think that this one is my favourite.  The merino became very lofty and soft after washing and the shrinkage was very even.  The overall effect is a very soft meander with shallow wrinkles. 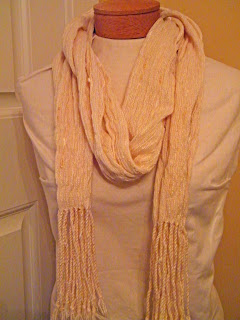 Please excuse the poor photo; we have a very grey drizzly day today and it was impossible to find good light. 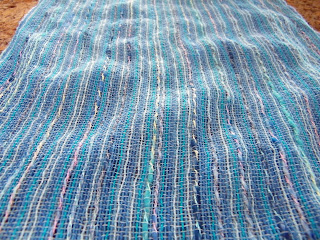 My last kick at the can and this time I threw caution to the wind and really mixed up the fibres; using 2/18 merino, tencel and a cotton novelty yarn.  Here it is off the loom, but before washing.  You can already see the movement in the scarf. 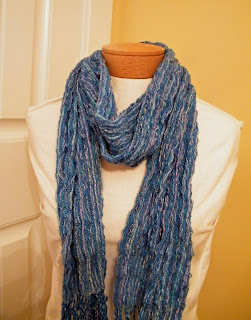 This scarf had much more warp shrinkage; mainly because the merino was much finer and there was more of it in the warp.  There is so much twisting and bumping, it is not like the previous scarves at all! We have had to pull and snap this scarf several times to calm down the curling fibres and it is still very lively! 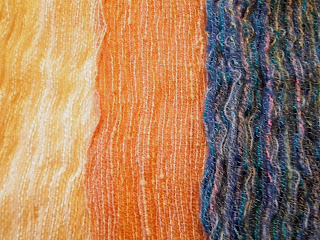 Here they are side by side, so you can really see the differential shrinkage, so in this case, your fibre choices make all the difference! 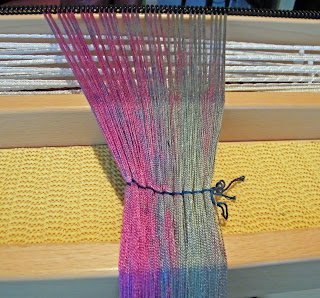 Now that I’ve shaken off the collapse weave urge, here is my next warp.  This is one of my hand painted silk warps just through the raddle and ready to pull onto the loom.  The plan is to weave it in Crackle Weave.  Unfortunately you really can't see the stunning colours ~ darn rain!  I'm trying out a new pattern that I've modified for the 200 ends I had in the warp.  The pattern repeat is more than 240 picks long, so it will be quite a challenge after a month of plain weave!
Posted by Lynnette at 2:57 PM No comments:

I think that the old adage of ‘less haste more speed’ is true of my last couple of projects on the loom!  I really enjoyed weaving the rose collapse weave scarf and thought that I’d do another.  When I cut the soft rose scarf off I had heaps of warp left on the loom, so it seemed like a perfect opportunity to tie on the new warp. 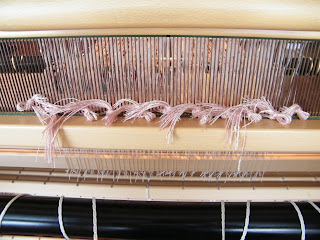 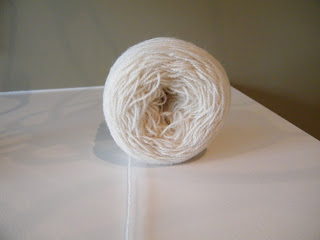 So I went hunting through the bins and found that I had a few ounces of 50/50 silk and merino blend in cream that I could add to the mix.  I managed to eke out 35 ends of this. 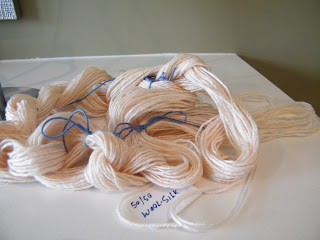 As in the soft rose scarf I wanted to use a knotty rayon that has great lustre and heaps of interest, so out came the big cone of cream and soft gold yarn.  I pulled 96 ends of this so I had enough for every alternate end. 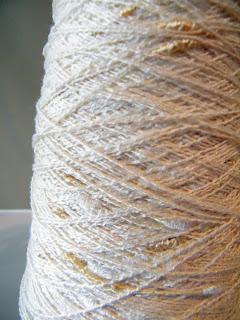 I decided that I could handle a quick 'down and dirty' tie up and so I pulled some knitting stitch holders out and used them to hold my crosses….not the best idea in the world!  I tied on the 35 silk/merino ends first, then the merino and then the rayon. 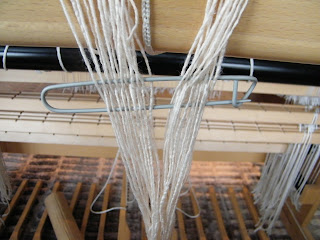 Basically after that, chaos ensued, I was trying to tie the merino alternately with the rayon, skipping the already tied ends.  This instantly became a hot mess of knots and dropped and missed ends! 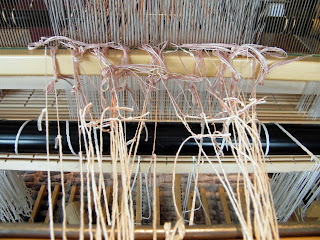 Thankfully, after much pfaffing around it pulled through the reed and the heddles fairly easily and it wove up beautifully; you can hardly see the fell line as it is being woven. 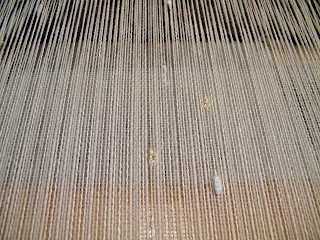 The cream scarf came off the loom yesterday and still needs finishing, but I’m so loving this weaving, so I decided to pull another warp in blue.  This time I’m using 2/18 porcelain blue merino as the base.  For texture and colour I’m using 2/8 tencel in two colours ~ soft blue and azure and an amazing multi coloured cotton novelty yarn.

I told you I learned my lesson; so this time I pulled the base 2/18 warp first and holding the cross with lease stick tied to my beater I tied on to the existing warp in a very orderly way ~  I tied onto every alternate warp end. 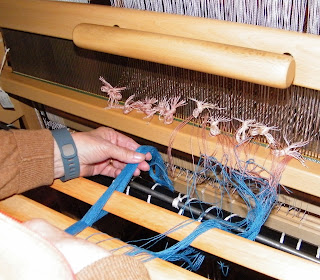 I then pulled the other 4 yarns together as a warp and using another set of lease sticks tied to the beater; I tied these on to the left over warp ends. I felt that I had corralled those cats! This was so much easier and so much faster than my chaotic effort with the cream scarf! I kept the lease sticks in place while I pulled on the warp and it ran on in a lovely controlled manner! I am already weaving away happily! 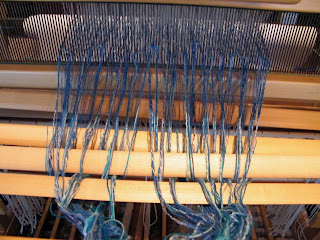 The garden shot today is from my neighbours yard late last night, so please forgive the poor quality; but it was dark!  Our deer on Vancouver Island are so small that they are almost the same size as the lawn ornaments. 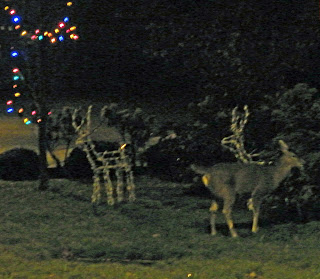 I have been knitting in the evenings and this is the latest off my needles, such a fun scarf to knit! 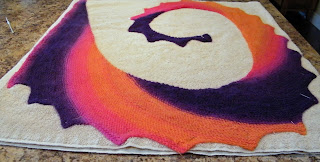