A couple of times a year I like to put on what I like to call a ‘comfort warp’.  This is a warp that I know will pose no surprises and will be a relaxing weave and a chance to work on my loom posture and to ensure I’m using a good throwing technique.  If my mind isn’t on the pattern I can really concentrate on sitting up straight, throwing the shuttle correctly and depressing the treadles fully.

Twill is my comfort pattern weave and an 8 Shaft Broken Twill pattern fits the bill of comfort perfectly.  Striped warp tea towels are always a good project for me, it uses up small amounts of coloured cotton and because I usually choose to do only 6 towels at a time, its a quick project and perfect for the Etsy Shop. 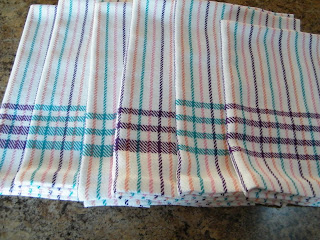 These are the results of pulling 10 white 2/8 cotton ends then 4 ends of either pink, red violet, turquoise or peach sequentially.  They are a lovely fresh looking towel. 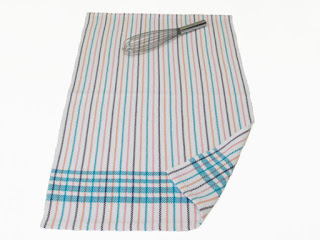 I like to add more interest to the towels by weaving a weft striped border starting at about 4.5 inches from the beginning of the towel.  This allows me to have 1.5 inches for a turned under hem and then a couple of inches before the stripes begin.  With these towels I chose to weave the weft stripes in turquoise and then using the same sequence in red violet on the following tea towel.  I thought that the pink and peach were too pale to show up well. 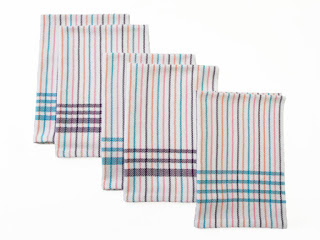 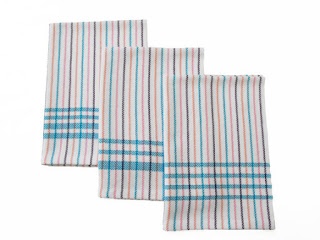 The goal was to have 3 pairs of tea towels that matched, each one containing 1 turquoise striped towel and its red violet partner.

I mentioned at the beginning that tea towels hold no surprises for me, but this time I got a pretty good one on my last towel.  I ran out of warp!  I have pre-measured strings that I use for my projects and this time I grabbed the wrong one......so the Sesame Street song ‘ One of these things is not like the others’, really rings true.
Posted by Lynnette at 2:15 PM No comments:

Getting Cracking with Crackle Weave

This year the Exploring More Study Group within the Qualicum Weavers Guild is taking a look at Crackle Weave.  As a group we thought that it had lots of potential for all of us; with one caveat, we decided to look at ‘Unconventional Crackle’.

Our first task was to understand traditional Crackle Weave, so that we had a good jumping off point.  There are a few ground rules for Crackle weave ~  no more than a 3 thread float, the plain sequence must always be maintained, when changing blocks an incidental must be inserted, never more than 4 threads before the twill changes direction. 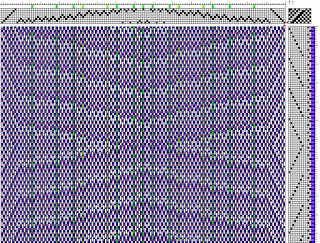 This is an 8 shaft Crackle threading that I developed; the tie up is the one suggested for 8 shafts in May E Snyder’s book “The Crackle Weave”  and the treadling is plain twill. It is treadled with tabby threads as this is the traditional style.  The green lines show the placement of the ‘incidentals’ which connect one unit to the next.

This is the same draft with the tabby removed from the treadling, you can see the pattern much more clearly now that it is no longer a traditional treadling. 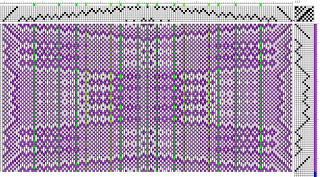 This is the same threading and tie up; I have changed the treadling to a M&W style of treadling.  Now it’s starting to looking more exciting. 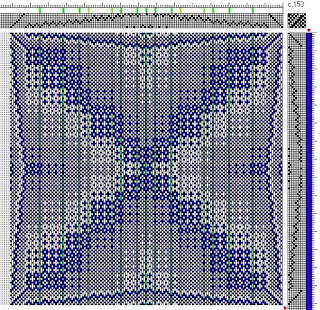 This is the same draft but it is ‘woven as drawn in’, or the treadling is the same as the threading.  Finally it really shows how lovely Crackle Weave can be.  If I was going to weave it I'd remove the twill borders  as I think they detract from the pattern.

The next step is to weave a project and I have decided to weave tea towels using stripes of colour to delineate the blocks.  I am all about using up small cones left in the stash cupboard!  The colours are plum, lime, turquoise, bright green and cerulean green.  I will use navy for the weft. 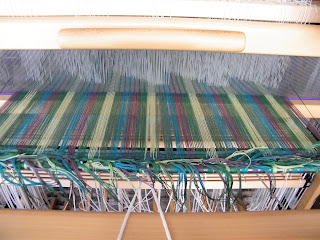 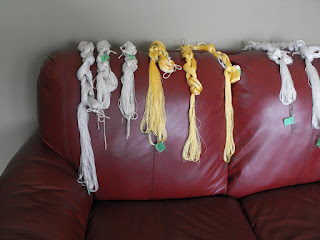 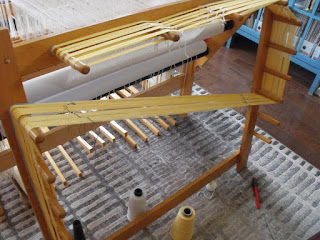 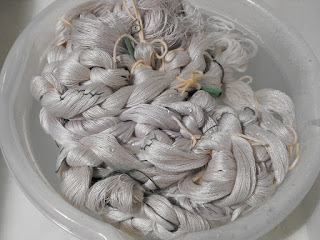 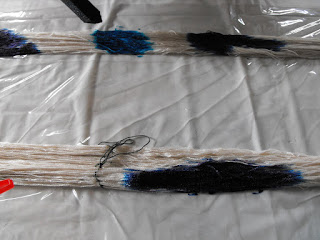 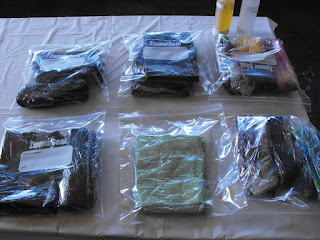 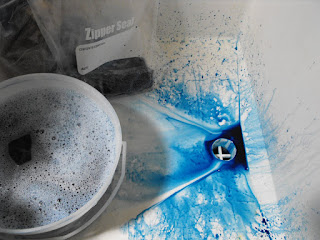 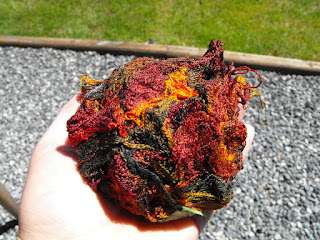 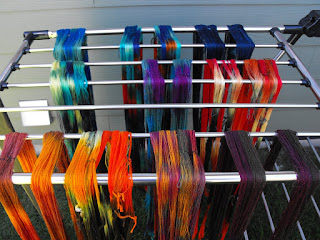 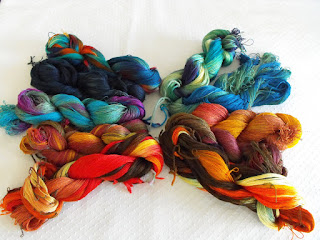 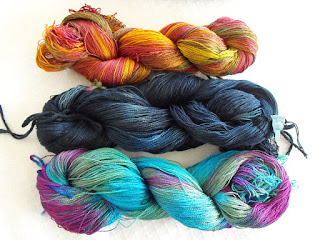 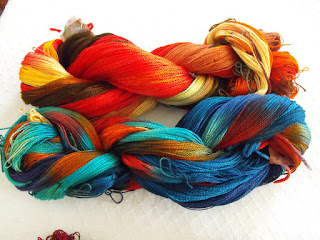 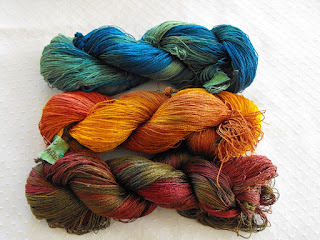 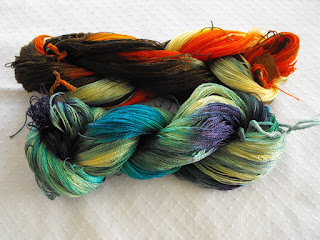 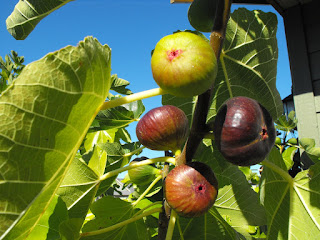