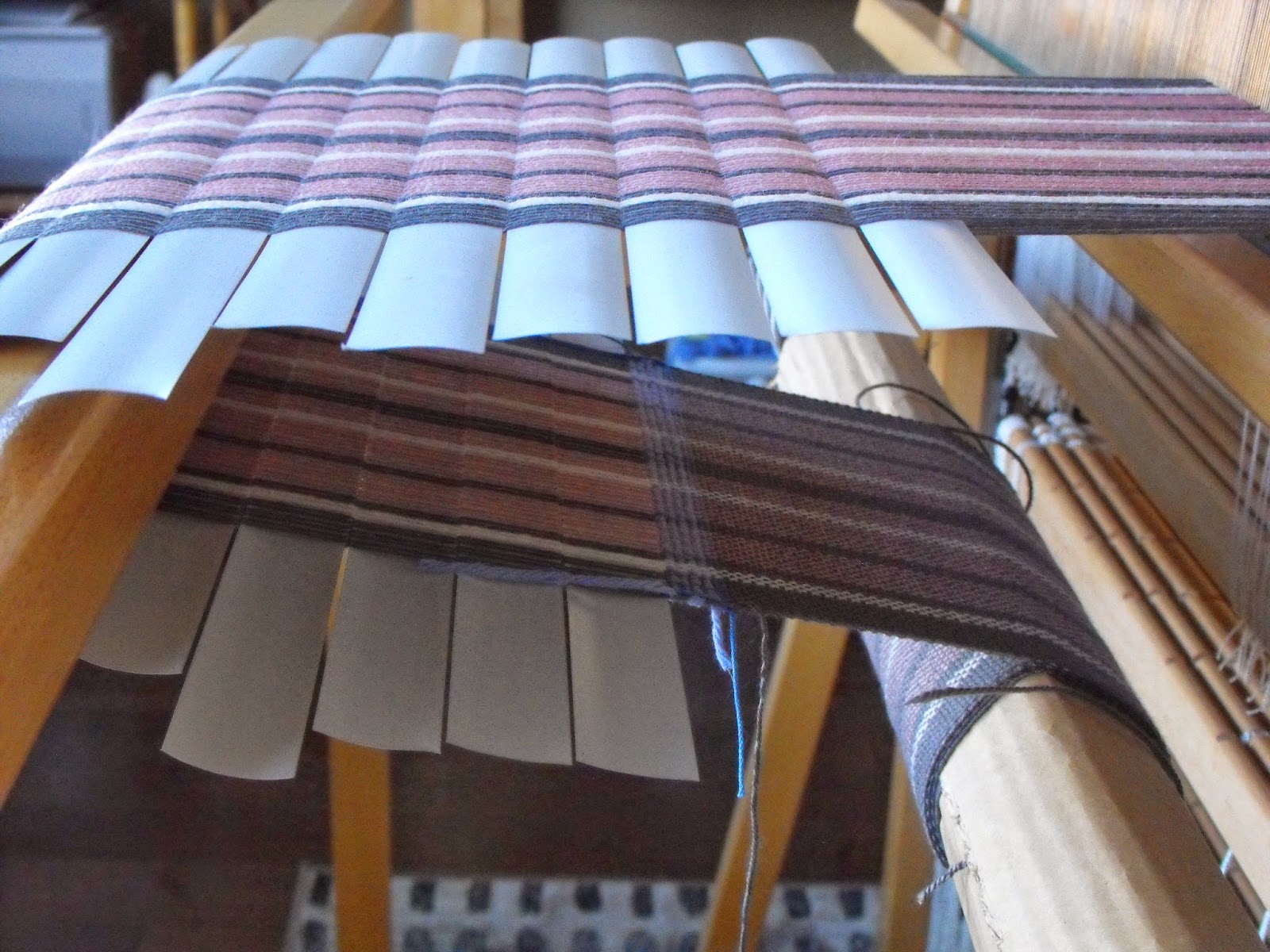 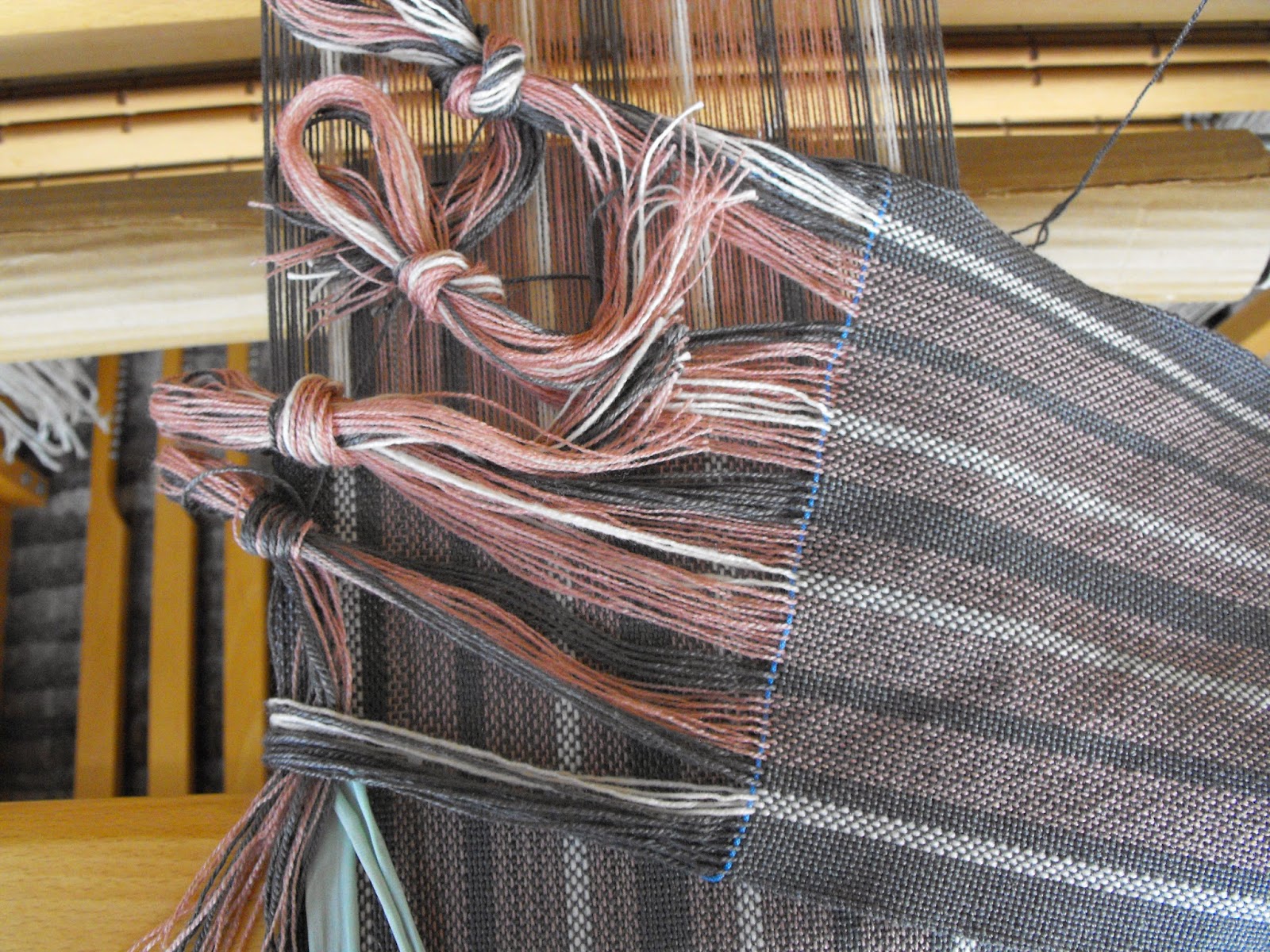 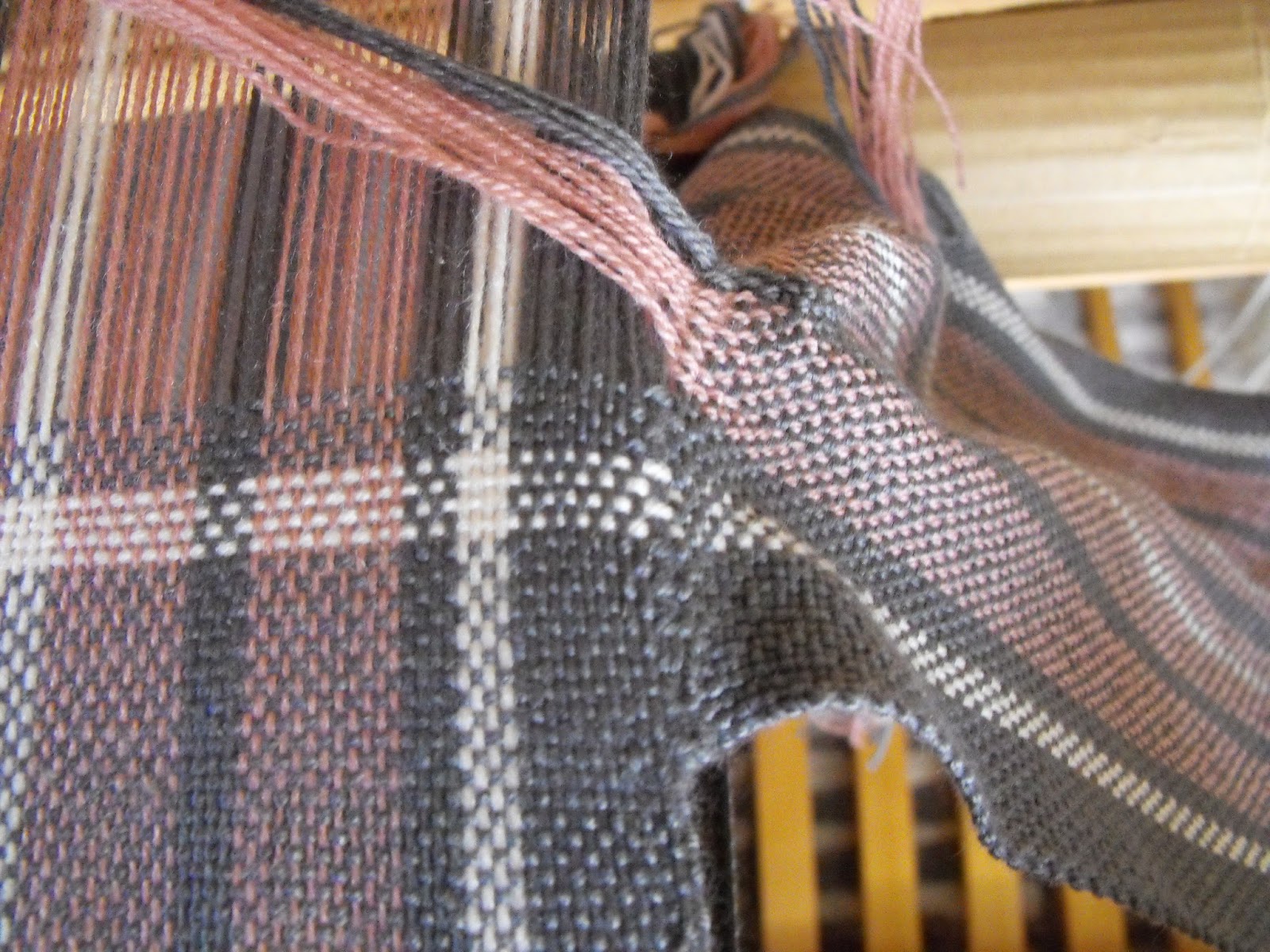 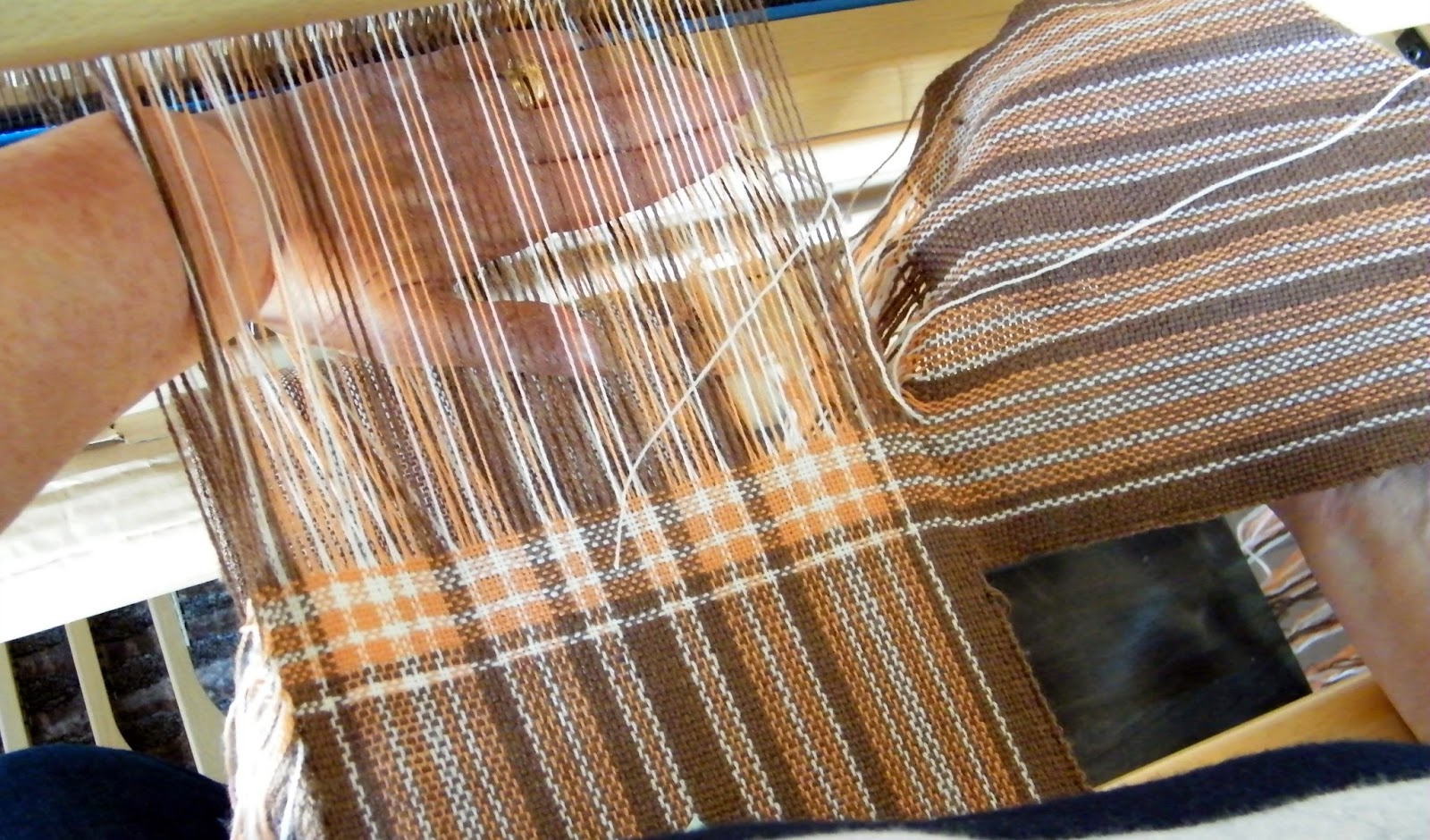 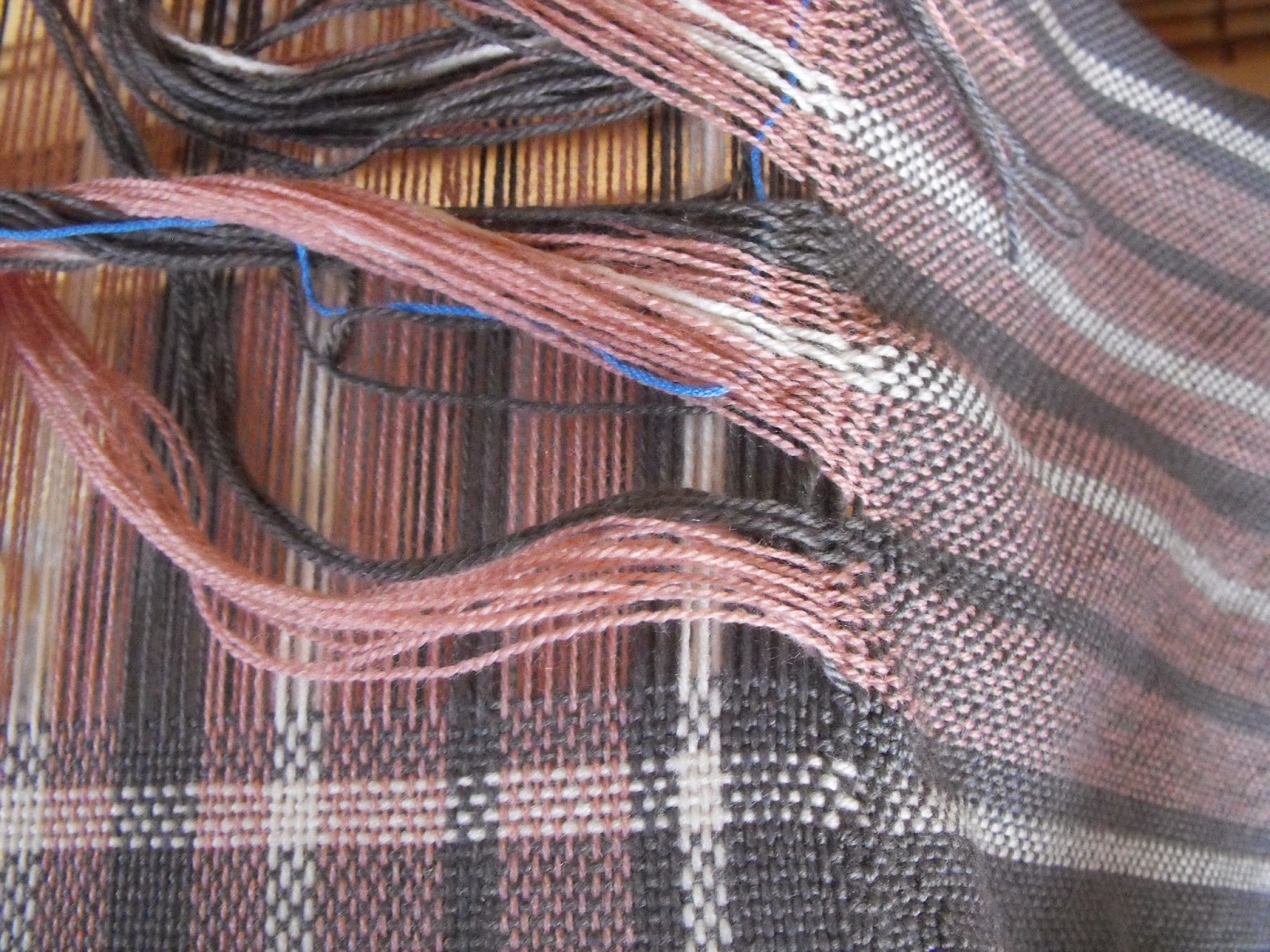 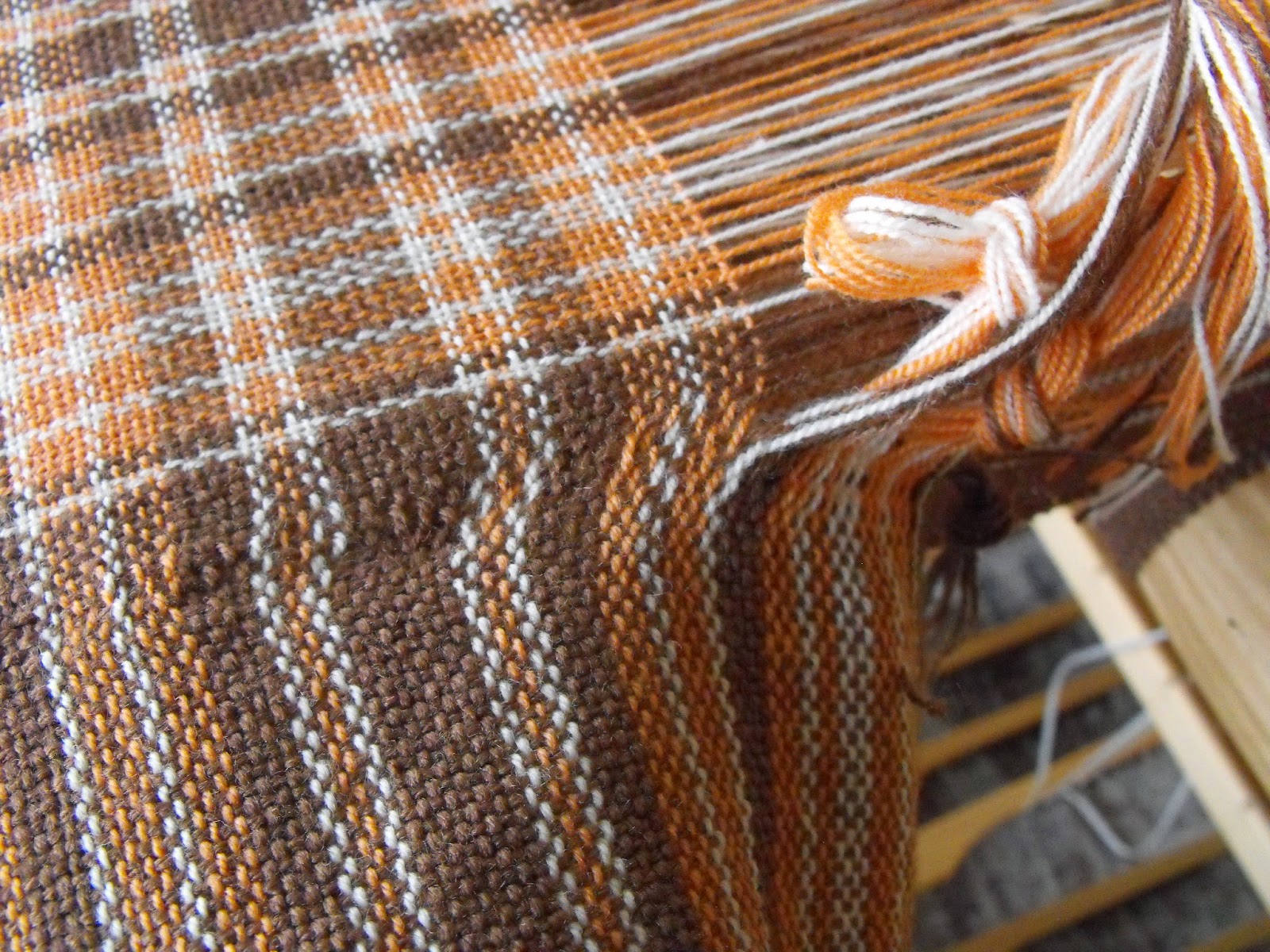 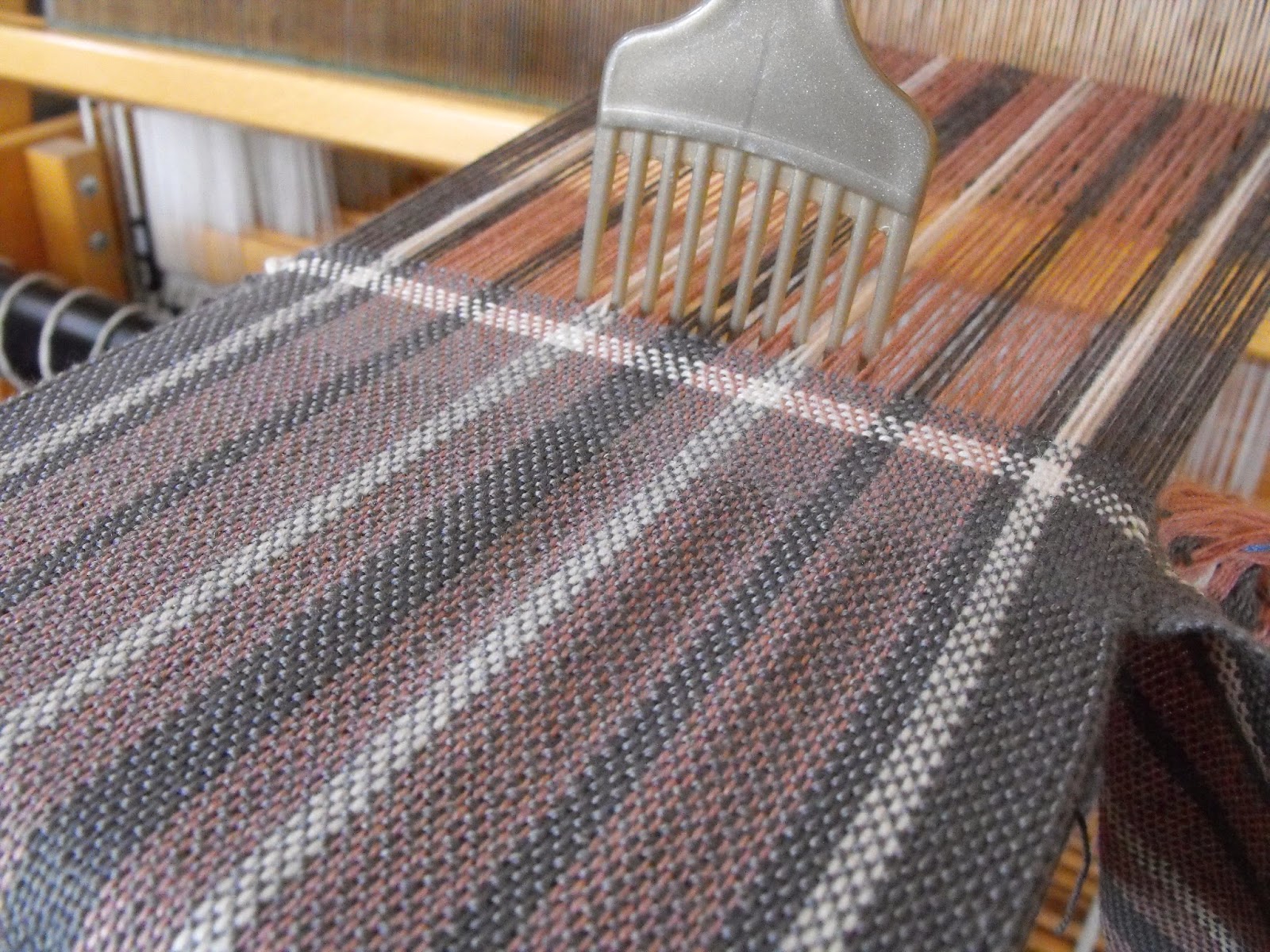 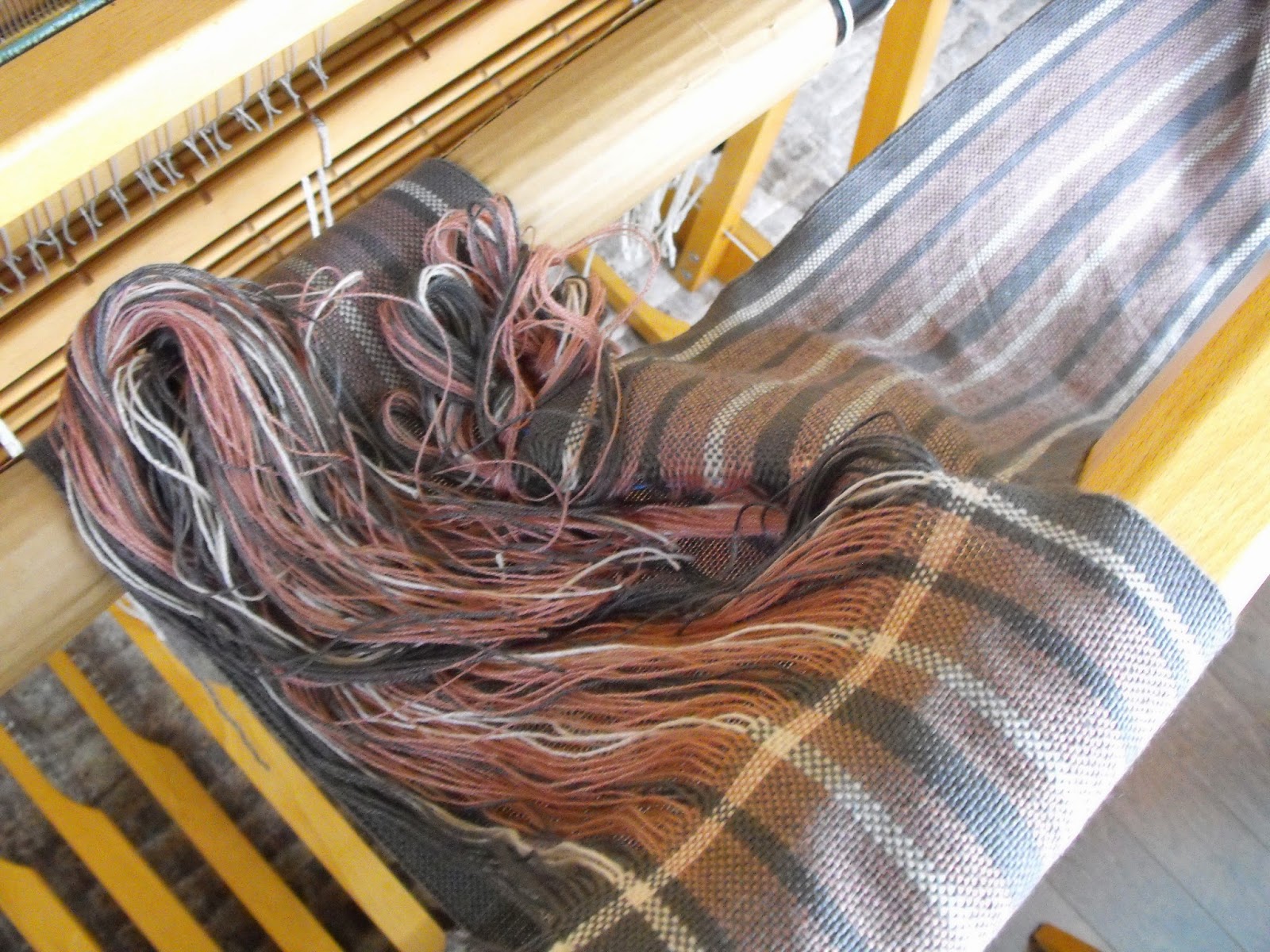 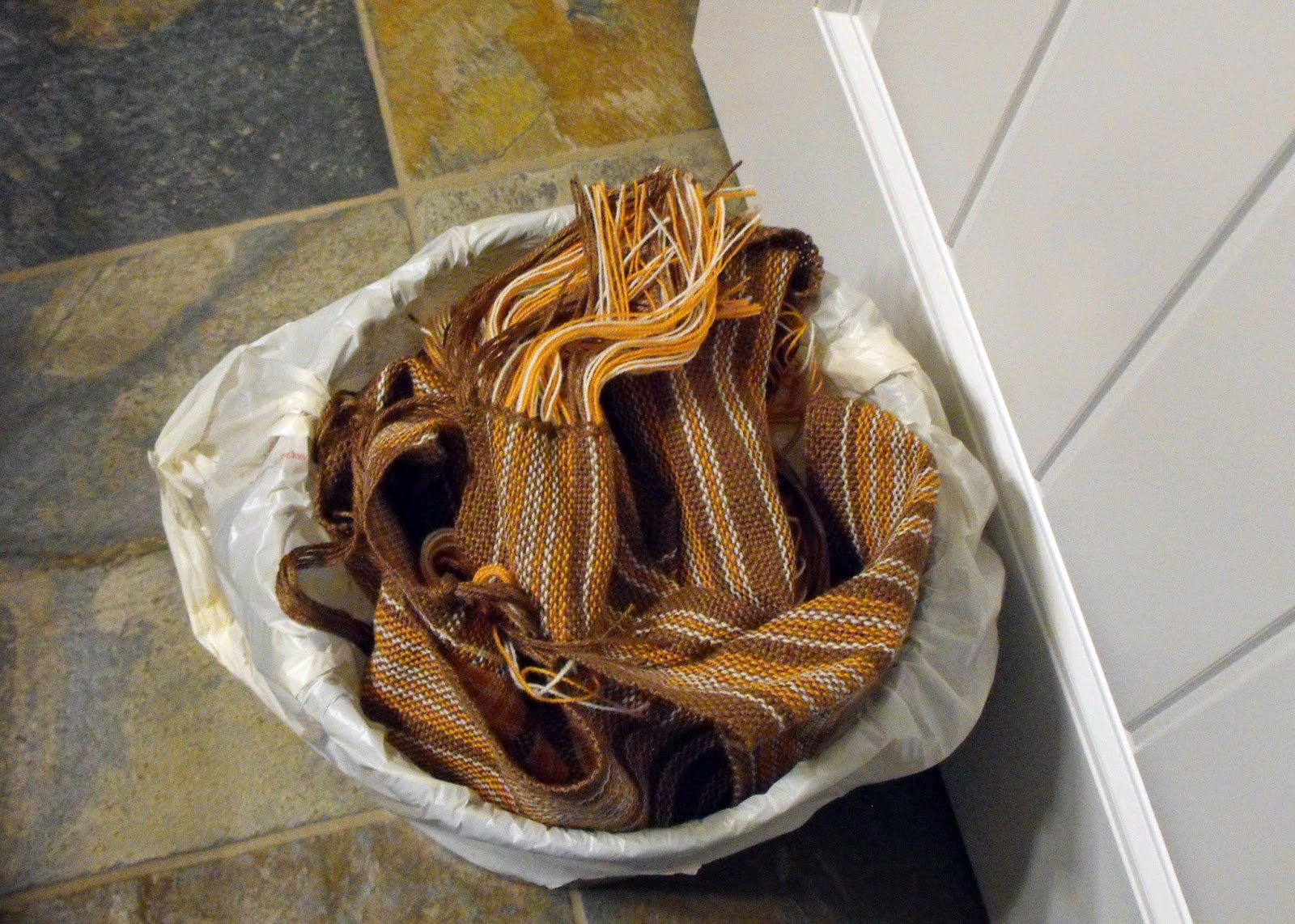 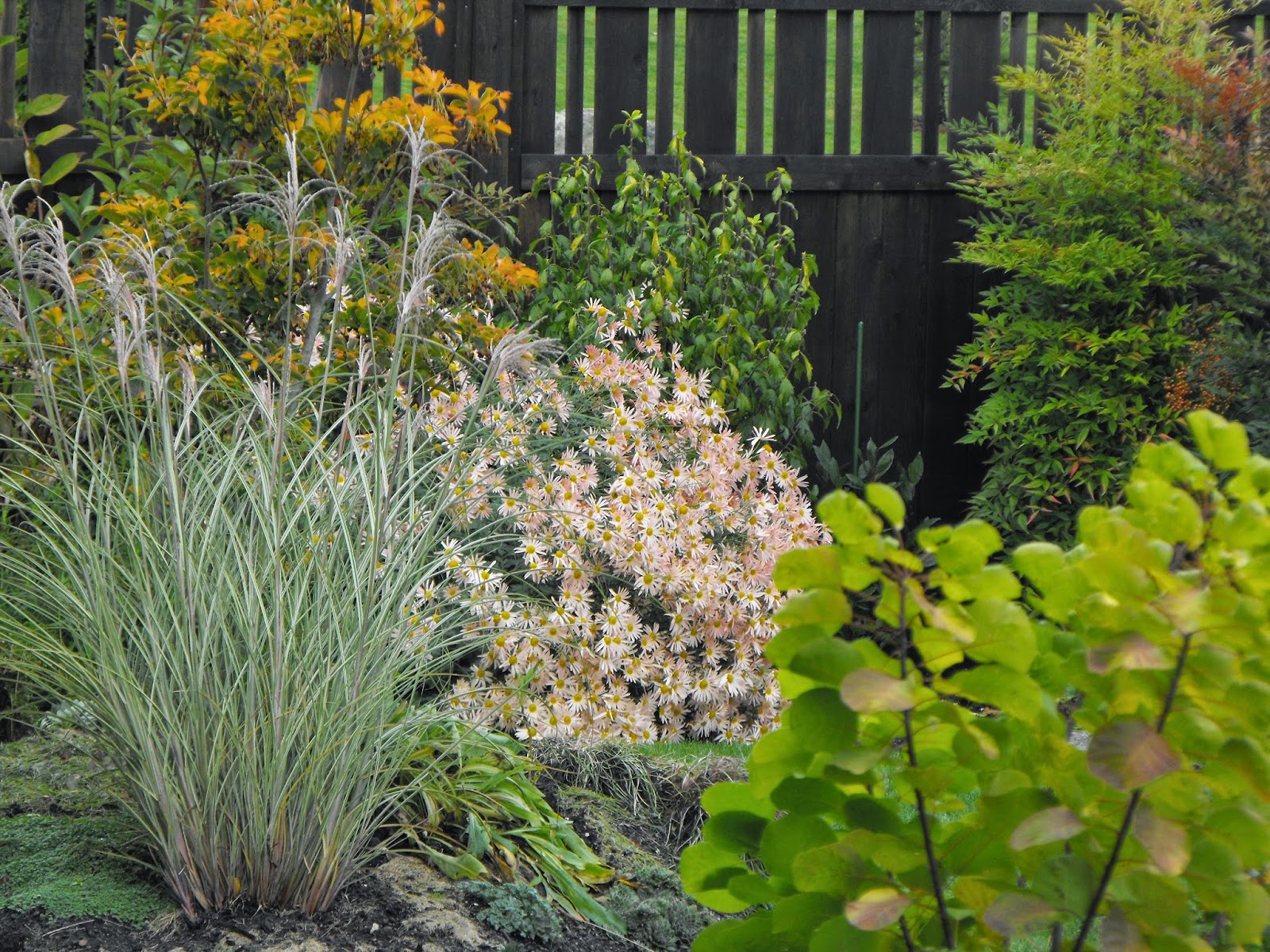 This is what happens when you pick colours on a grey stormy day!  These tea towels have lots of pretty Caribbean colours – turquoise, peacock blue, leaf green, navy, yellow and white. 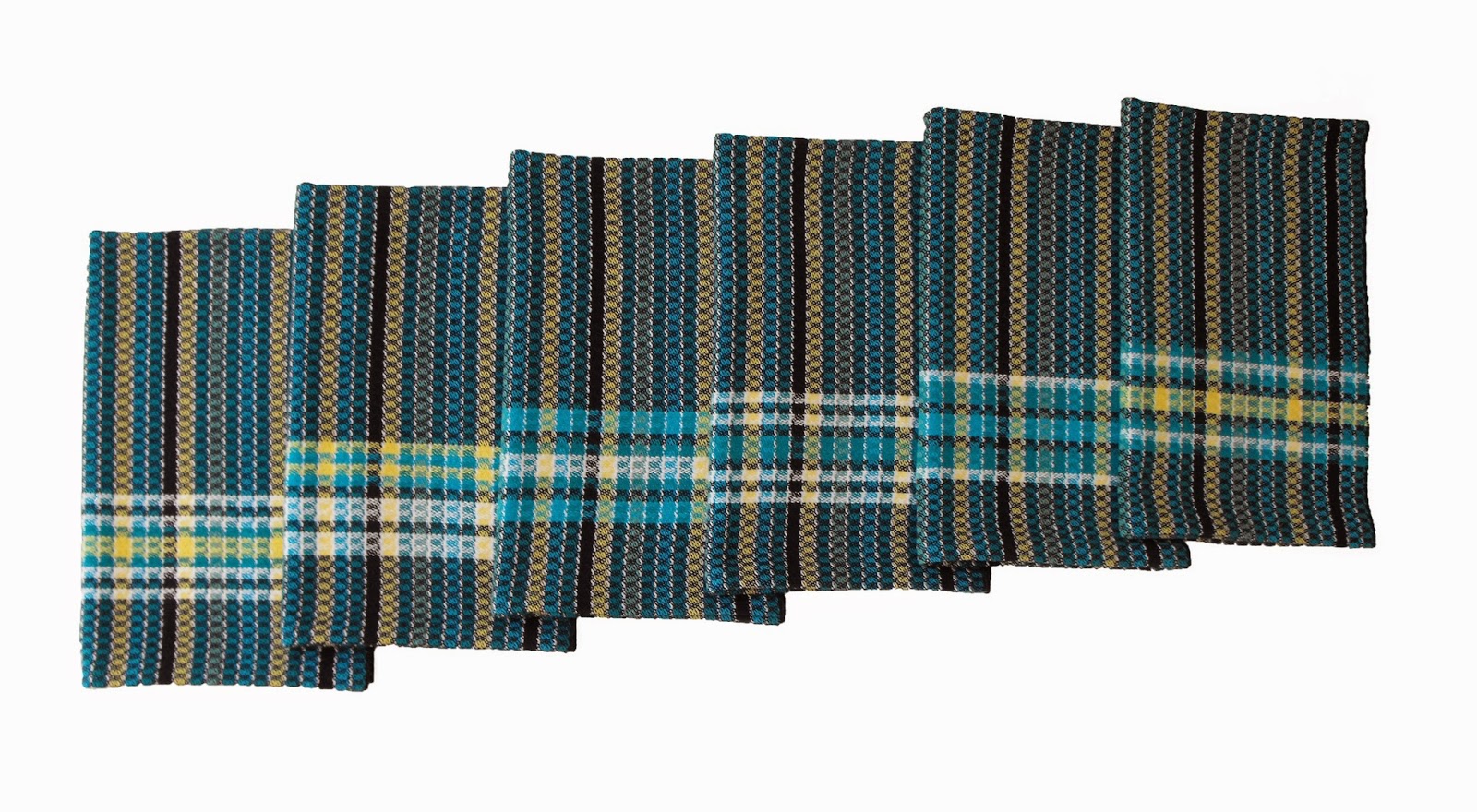 I wanted to get more photos while I was making of this set of tea towels, yet I managed to take only two!  Here is the warp through the raddle at the top of the Louet Spring Loom in all its brilliant blue glory. 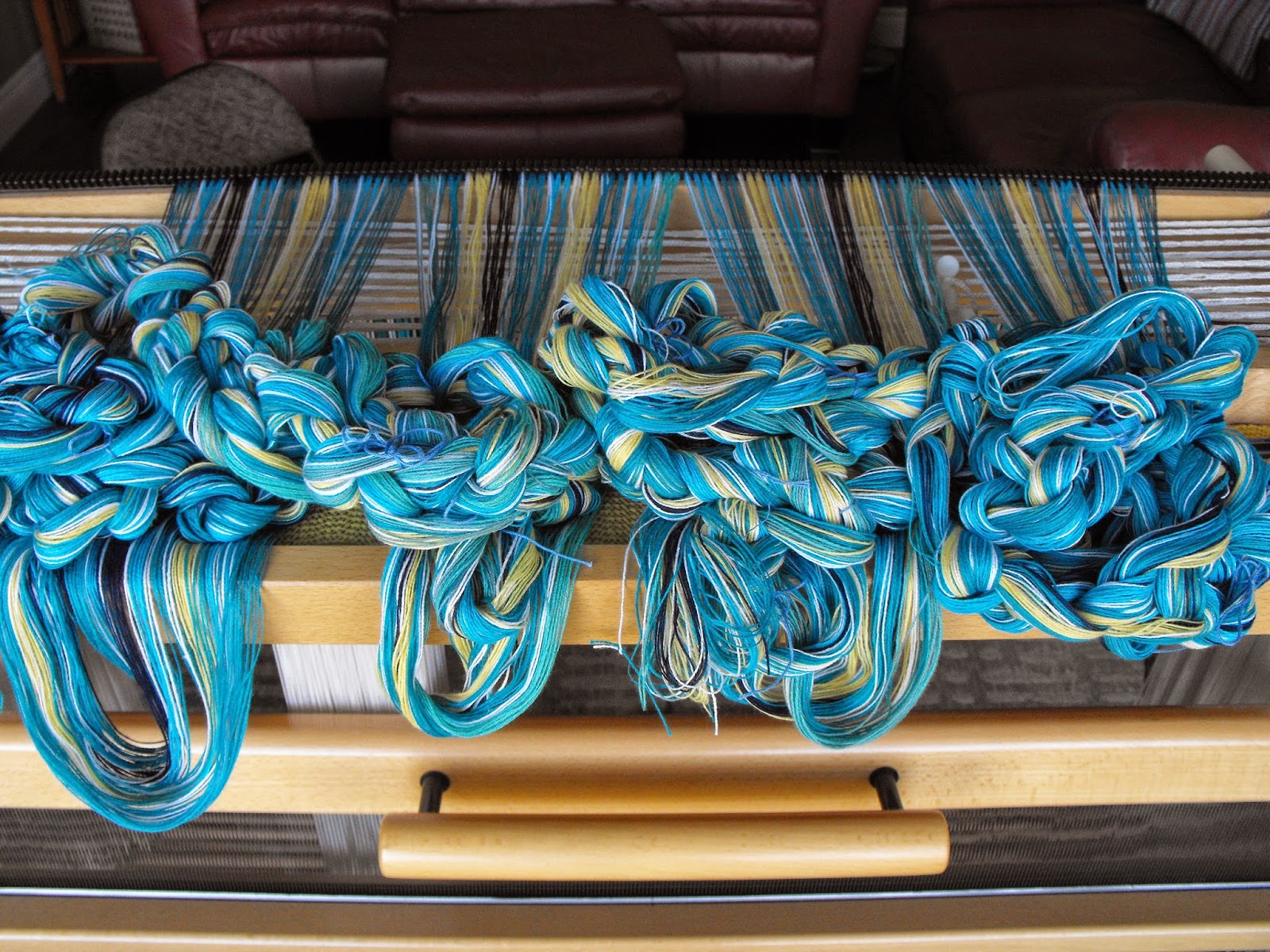 While weaving the tea towels I use a tape that is marked into sections to keep my tea towels all the same length, the first mark is at 1.5 inches which is my hem, I also weave in a piece of sewing thread to help delineate this place because it will eventually be the fold line.  The next mark is for the plaid border then the main body and then the marks reverse for a total of 36 inches. 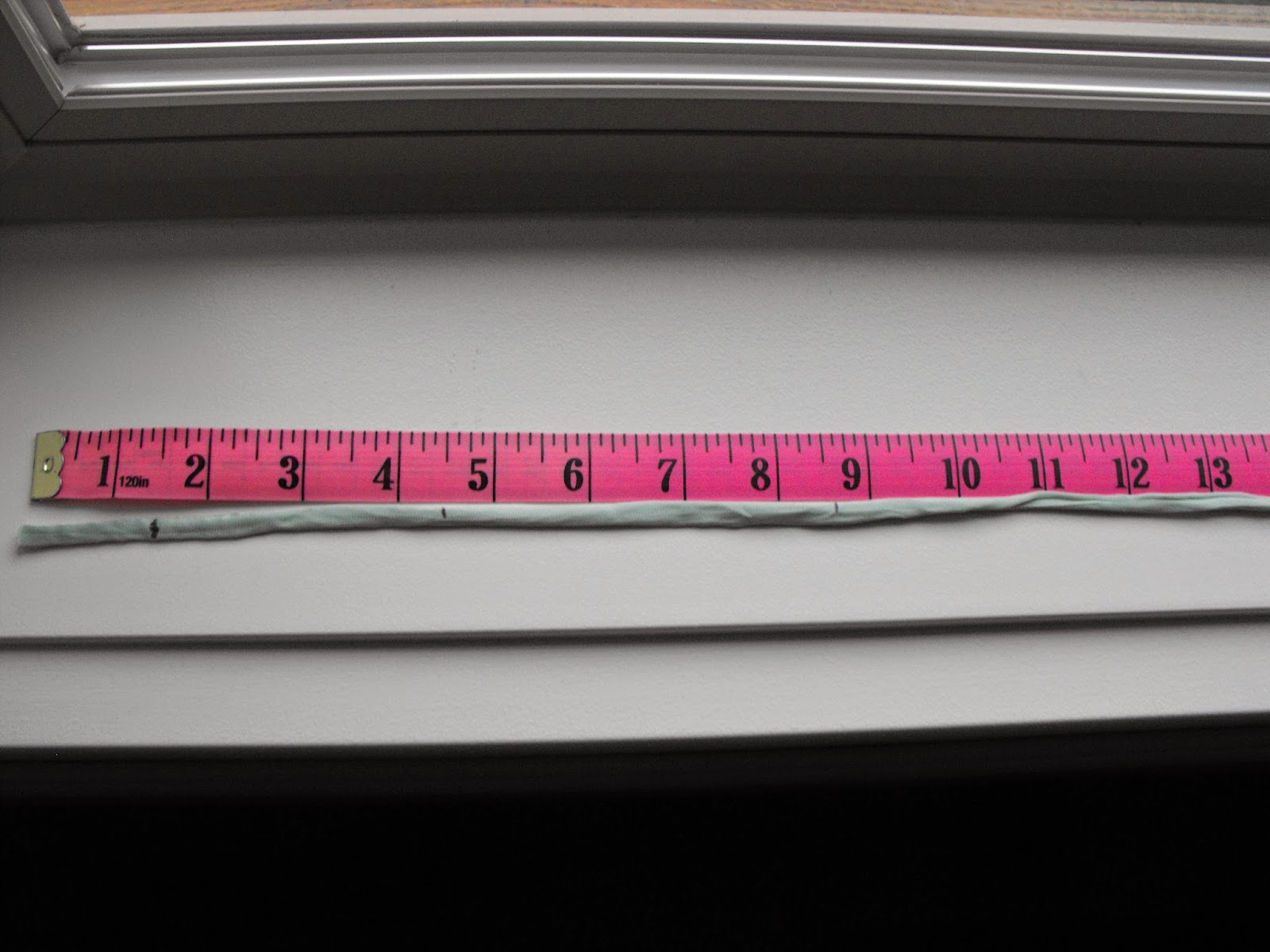 The tea towels get machine washed and dried an then I cut them into individual towels.  The tea towels are steam pressed flat then taken to the ironing board.  The first pressing is at the sewing thread line, and then the thread is taken out.  The raw edge of the hem is tucked into the ironed line pinned and ironed flat. 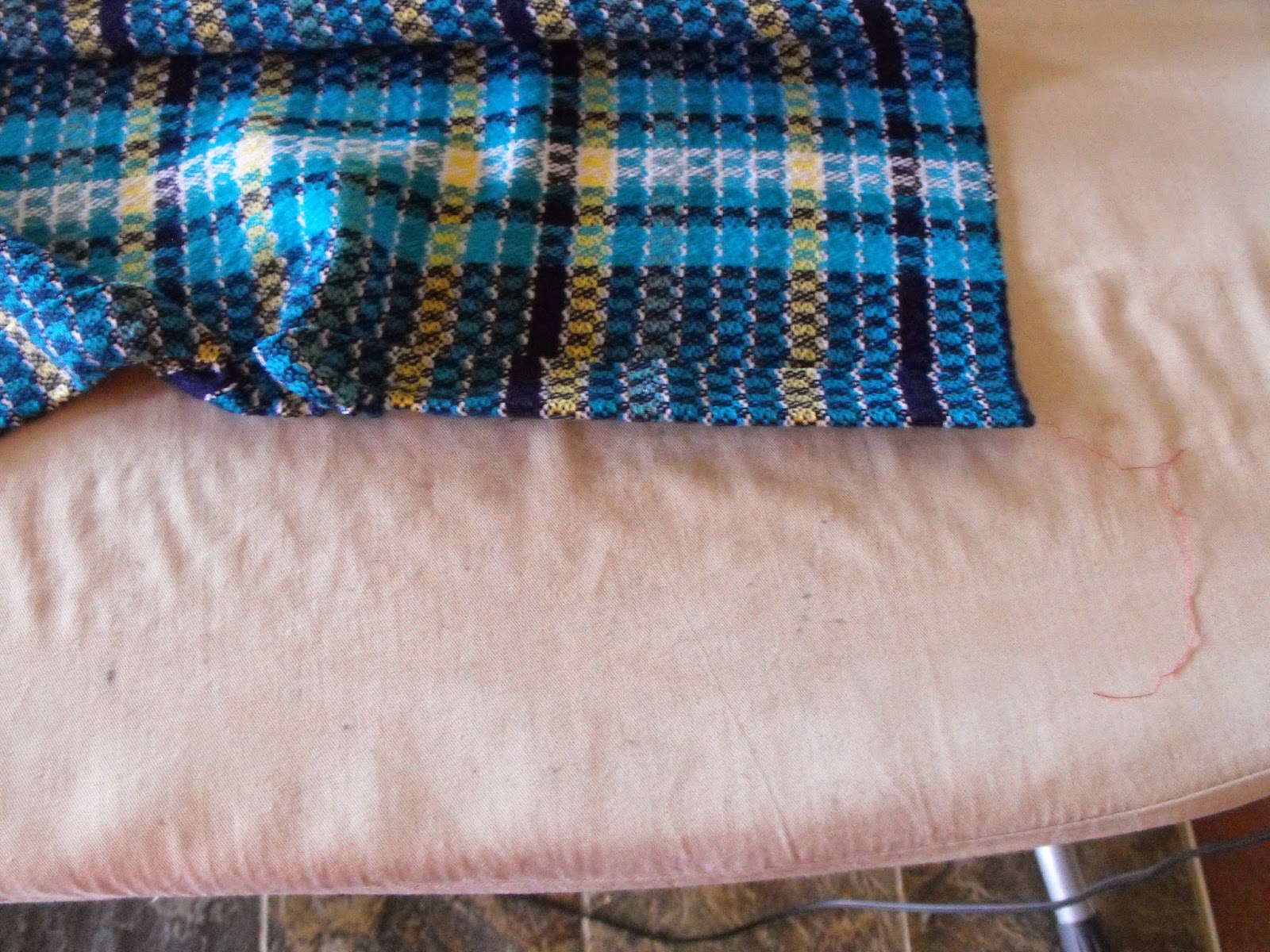 Here are all the Caribbean Blue tea towels and their plaid patterns.  They are so bright and cheerful.  They were a joy to weave and are going to be a joy to use for someone.  For Sale. 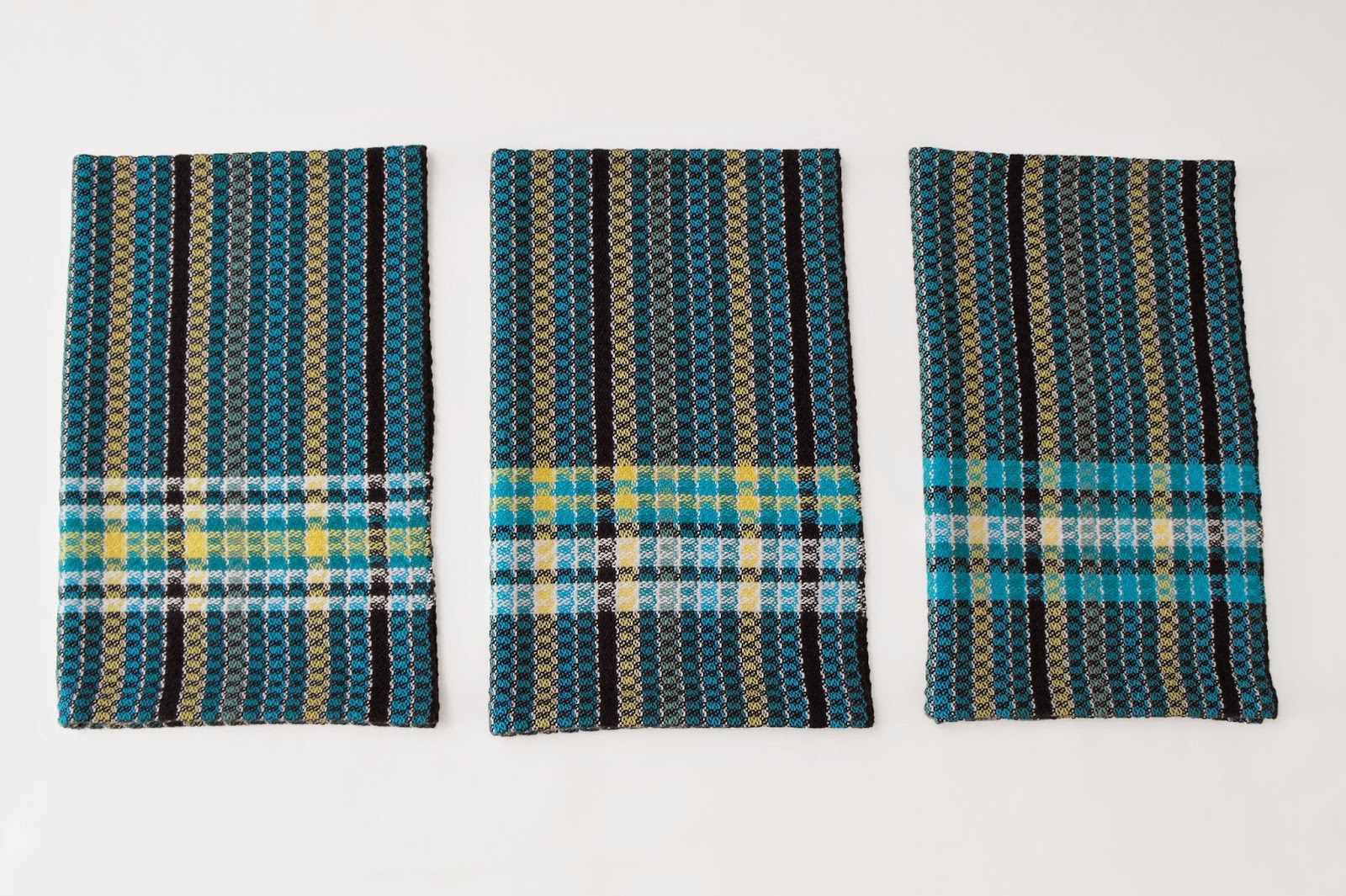 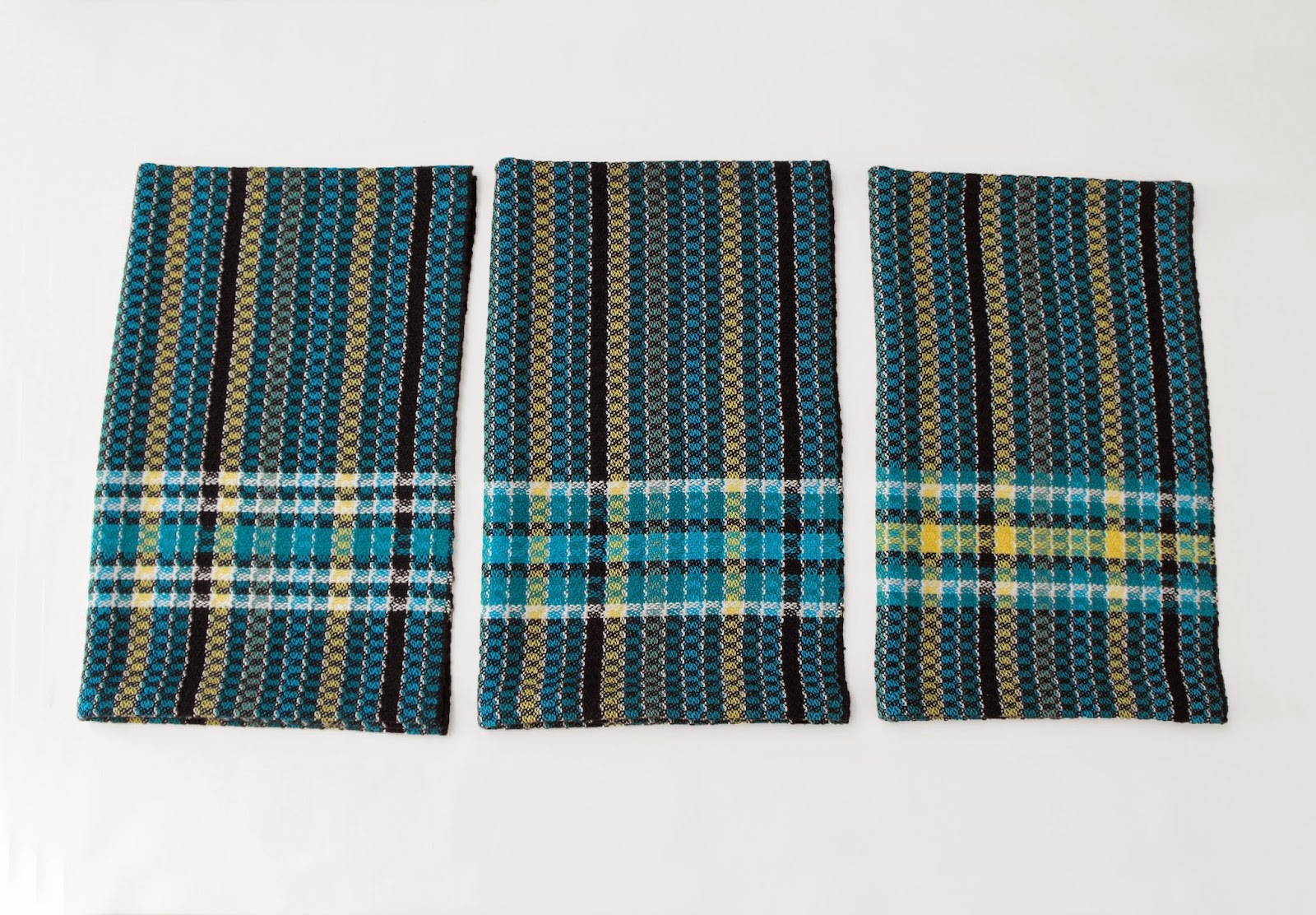 Parting shot of the garden is of the Beauty Berry Bush (Callicarpa bodinieri 'Profusion') which is living up to it's name!  Every year it gets bigger berries and is more spectacular. 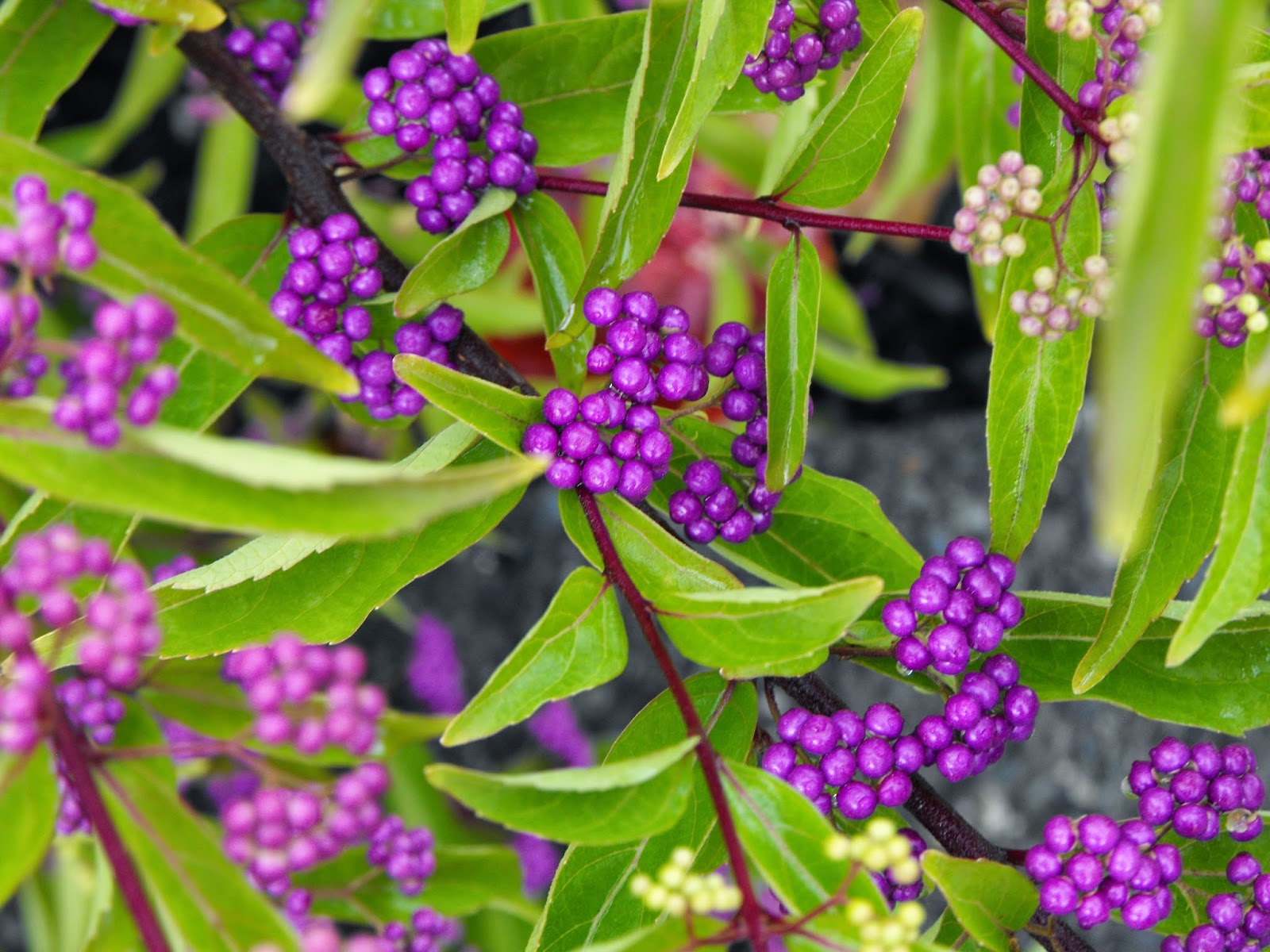 Posted by Ngaire at 1:04 PM No comments: