There is so much going on around here that I completely forgot to write about the progress on my Fleur de Lis in Diversified Plain Weave this week.

It certainly has been a voyage of discovery for me beginning with the ‘aha’ moment when I discovered that my treadling was upside down! 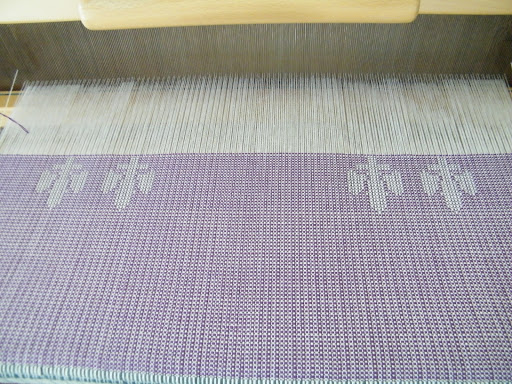 I guess that my usual style of pattern motif is symmetrical and this Fleur de Lis is definitely not that.  I printed the treadling off of Fibreworks and got down to weaving and although I thought the motif was weird, I was so focused on the selvedges that it didn’t click right away that it was upside down. 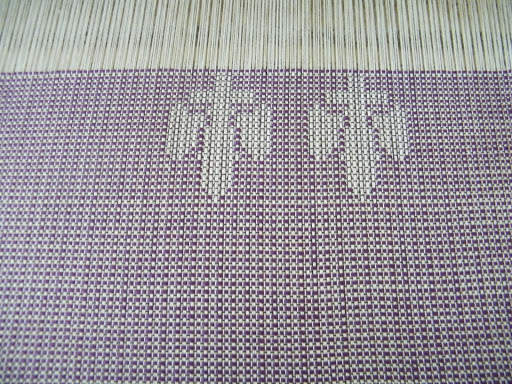 Once the entire motif was woven, it was apparent that I had forgotten that the pattern is pictured on Fiberworks from behind the loom, not from in front of the loom. 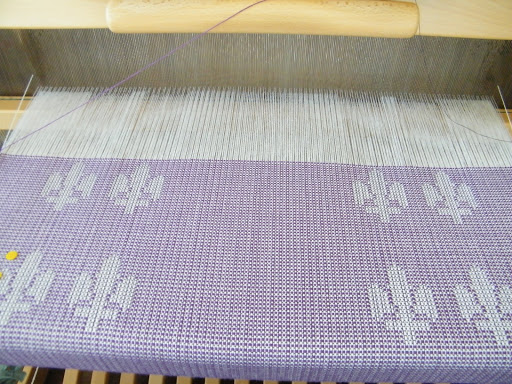 I know that it really doesn’t matter in which direction the pattern appears since it will the same from top to bottom on the runner.  I just didn’t like weaving it upside down, it messed with my thought pattern (I really am a linear kind of gal!)  So, I unwove the pattern and re-wove it from the bottom of the pattern to the top and I’m much happier. 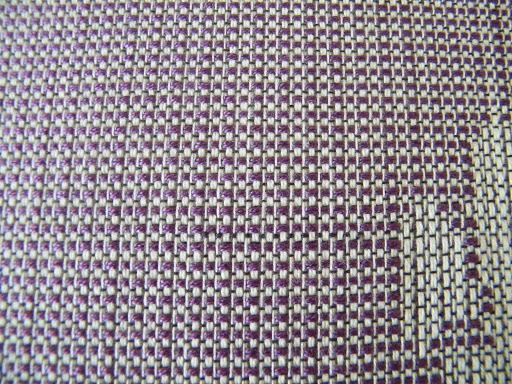 Usually I am meticulous about when and how I add new threads to the web, habitually I add at the selvedges.  For some reason,  I decided to add the new fine thread whilst in the midst of the runner.....why, why, a thousand times why?   You can barely notice it on this side of the cloth (about 10 threads to the left of the flower), but I got a glimpse of the other side while advancing the warp and yup, there is was, front and centre! 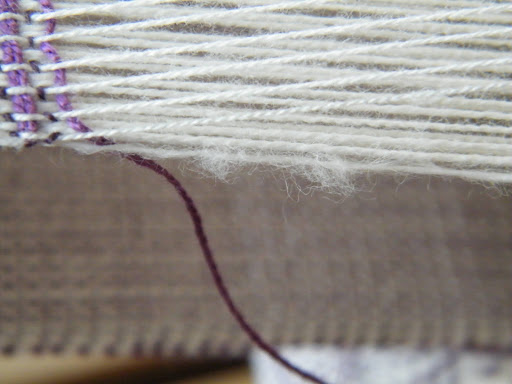 As I near the end of the runner, yet another problem has appeared.  My hanging selvedge threads which were made out of the ‘not cotton’ thick warp threads have started to fuzz and fray and snap. 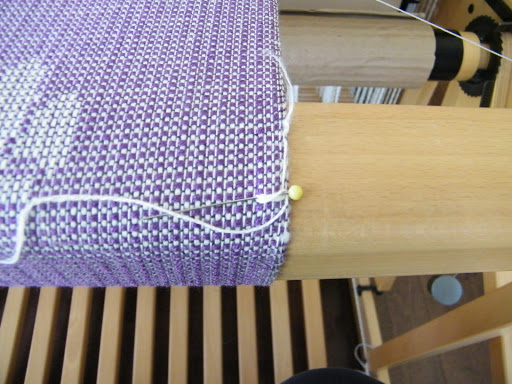 I have had to re-hang the selvedges twice on the right hand side so, I will be pulling off these ‘not cotton’ selvedges and replacing them with 2/8 cotton for the next runner.

Speaking of the next runner, while I was weaving this runner I noticed that treadle #5 and treadle #14 were the same. I haven't a clue why I didn’t see it before.  Regardless, I went back to the computer and with some fiddling around I was able to amend my Fleur de Lis and make just a wee improvement now that I had another treadle to play with. 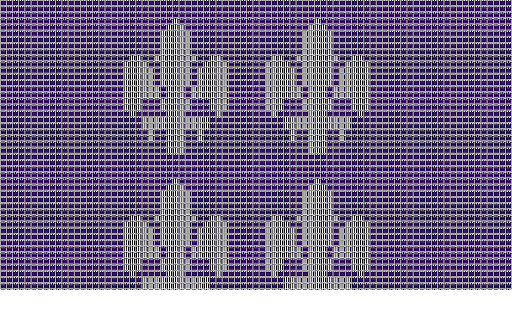 I think that the little drop near the bottom of the motif takes it out of ‘possible space ship’ motif and firmly anchors it in Fleur de Lis! 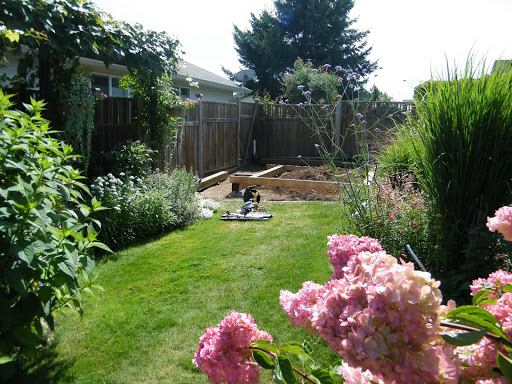 The garden shot today is of the greenhouses’ progress with our Vanilla Strawberry hydrangea (Hydrangea paniculata’Renhy’) in the foreground.

I love the Fleur de Lis ! Like you, I hate weaving upside down and so understand fully about making the change.

The garden looks so lush and the colour of your hydrangea is so pretty. (Ours are the classic blues.)