I started weaving the grey and blue striped tea towels, and as always they are a joy to weave.  I like to give each tea towel a unique band of colours which add interest to the tea towel. 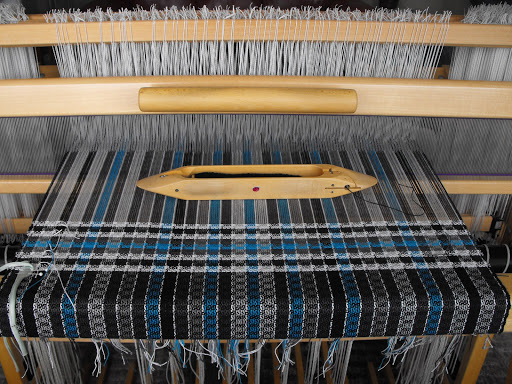 I was weaving the main body of the tea towel, when I noticed that there was a threading issue with one of the stripes.  It is the dark grey stripe to the right of the blue stripe, there is a weird float in the middle of the stripe. 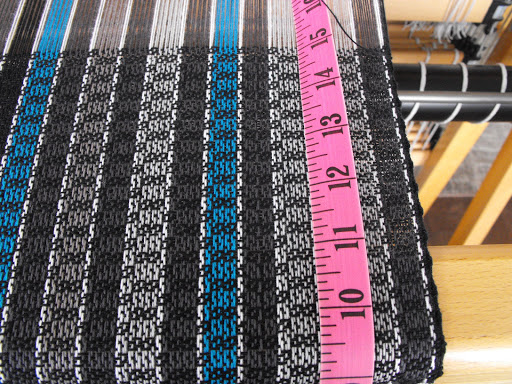 It was hard to see in the beginning with the colour changes but at 15 inches, almost to the middle of the tea towel it was clear to see.  I decided to unweave the tea towel.  It took longer to unweave then to weave, it also took more pirns!  I had to borrow some of Mom’s red pirns. 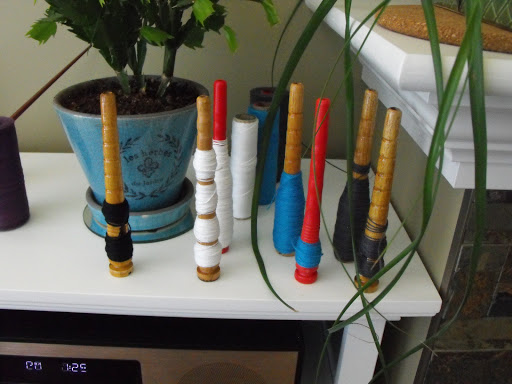 I was able to quickly fix the threading mistake but I had neglected to tie slip knots to keep the rest of the warp from pulling through the reed.  So I also had to resley the warp.  A silly mistake! 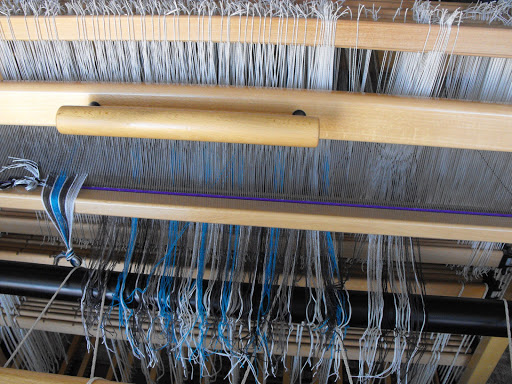 So I am back at the beginning, ready to start weaving the first tea towel. 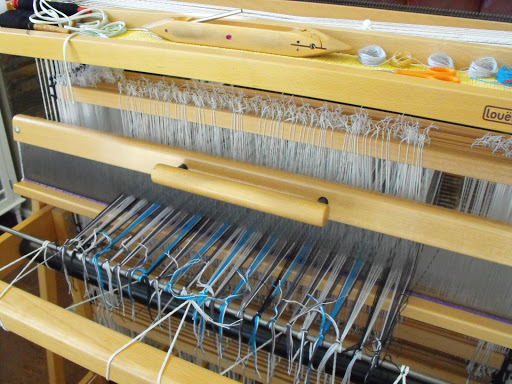 Final Garden Photo is the Persian Silk Tree (Albizia julibrissin).  It is blooming with fluffy pink clouds of blossoms.  The smell of the flowers is absolutely lovely.  It is also called a Mimosa tree or, my favourite, the Sleeping tree.  It is called Sleeping tree because it will close its leaves during the night, so cute!  Last week I noticed a lady with a huge professional camera taking photos of this tree, the tree is a beauty and we are at the very end of it's northern range! 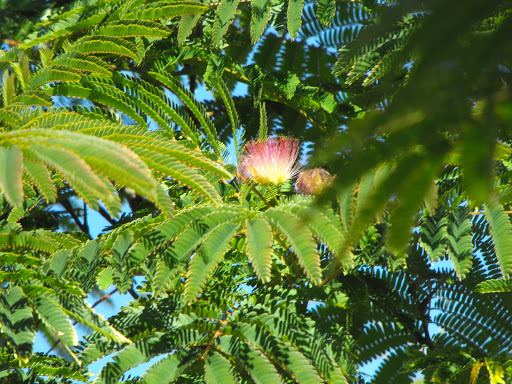 I think I know a solution for your broken nails. As Louët dealer I visited the Louët factory last year. Jan Louët showed me the shaft end replacement. If you are interested just look on my Facebook. There is a small video https://www.facebook.com/watch/?v=2666124546953270&extid=2LJzaYVJl6ZaiMfp
This is available for the Spring and Delta. I also just it on the Hollandia (the loom before the Delta)
Replacing heddles is no problem anymore...
I hope it will help you