On the last blog post about the pink and blue wool throw I had just decided/hoped that the 2/24 white Merino wool will work for the weft.  And thankfully it does!  I’m doubling the weft by using two shuttles that are being thrown from either side.  I was a little worried that I may mix up the shuttles but there is a rhythm to the movement of the shuttles that keeps everything organized. 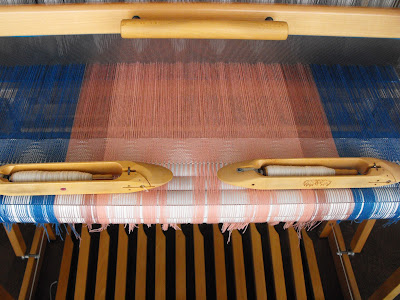 I have to admit that I found weaving this throw a little difficult on a physical level.  Everything was just out of my comfort zone.  I used 12 treadles so a little leaning was needed to reach the outside treadles.  Also the throw was 34 inches wide in the reed, so I needed to lean a little to catch the shuttles, after giving them a good strong push to get them across the web. 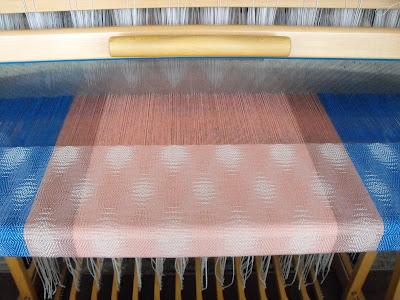 But it was worth it, the throw is really lovely.  The pattern is a 12 shaft advancing twill which creates some lovely diamonds.  I have used this pattern before for a scarf woven from 2/30 cotton.  It is quite a difference seeing this pattern on a much larger scale. 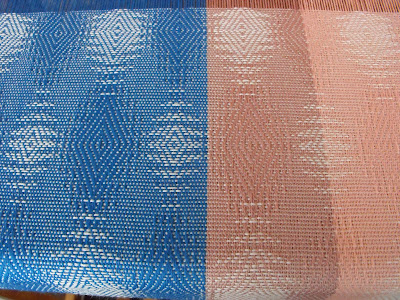 This throw actually wove up quite quickly due in part that it has been cold and rainy for most of the week and the fact that Mom needed the 14 dent reed for her next project; but there was no pressure from her to weave faster! 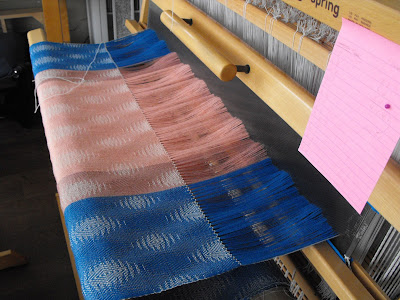 I did a couple of beauty shots before I have even washed the throw. It is wonderfully light and airy and  I think that it is really charming.  I can’t wait to wrap up in it on a cold winters night. 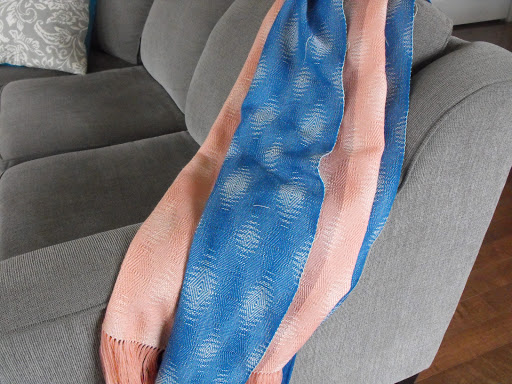 This last week it has really started to feel like autumn, although there is still only a touch of fall colour on the trees.  We’ve had a couple of days of mizzle, a combination of mist and drizzle, it is very dreary.  The only advantage to mizzle is that it does a lovely job of highlighting the spider webs, they look like jeweled necklaces.  The shrub is Berberis thunbergii 'Rose Glow'. 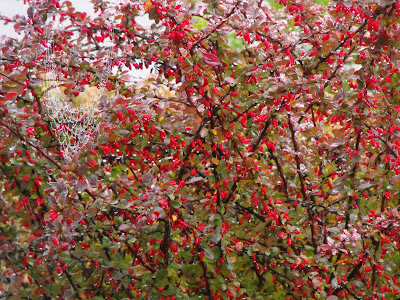 That shot of the bewejeled shrub is truly lovely. As is that throw.