I have just put on a warp that is seven yards long, which is enough for six generous tea towels.  I didn’t really have a final plan for the colour of the tea towels, I wasn’t sure if they were going to be the same colour but different treadlings or if I was going to just change the weft colours.  All I knew was that for the first set of two tea towels I was going to use the same royal blue as I used in the warp. 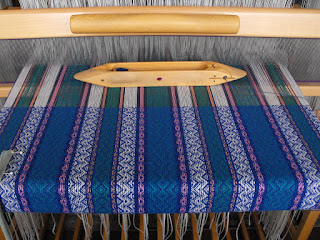 The tea towel is really pretty with the royal blue weft and the patten really shines through.  The treadling is straight point twill but when I first started the tea towel, within the first three inches, I made a treadling mistake!  Thankfully the mistake was easy to see so a little unweaving and away I went. 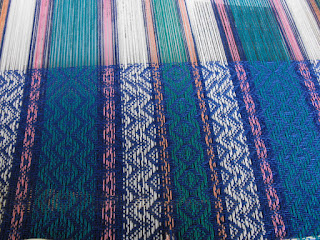 I wove two tea towels with the royal blue weft.  Then I auditioned some different coloured wefts.  The first two were denim and a navy.  The navy is a possibility but the denim just looked faded. 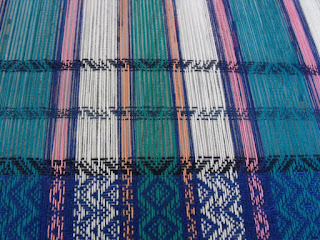 Next I tried purple and that was a big nope for me. 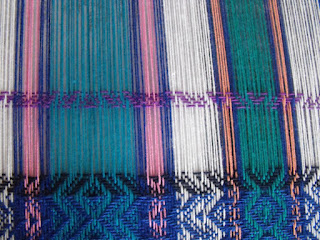 The last two weft colours that I tried were a bright blue and a periwinkle blue.  These two are definitely the weft colours for the next two sets of tea towels, very fresh and clean looking. 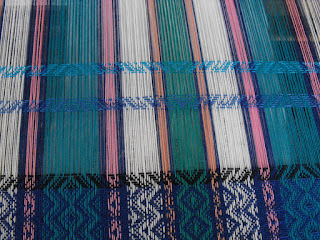 When I change weft colours I also change my hanging selvedges to match the new weft colour.  I make sure to change the hanging selvedge in the middle of the spacer between the two tea towels, as sometimes there can be some pulling.  I just wind it around a long pin and away I go. 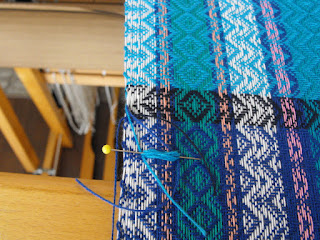 I decided to keep the treadling as is for the tea towels and just change the weft colour.  I really enjoyed using this pretty bright blue so much so I only have this one photo of the tea towels, they wove up really fast. 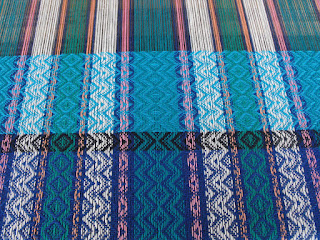 The next set of two tea towels is the periwinkle blue.  It is a lovely rich colour.  I am just starting the last tea towel in this colour and I will finish the tea towel today because it is a rainy day so I’m stuck inside while the grass just keep getting longer. 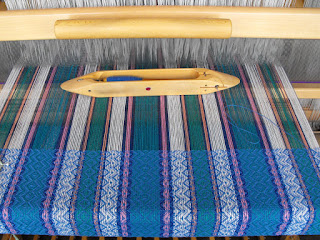 The roll of finished tea towels on the cloth beam is so pretty, I’m glad that I went with the bright and cheerful blues! 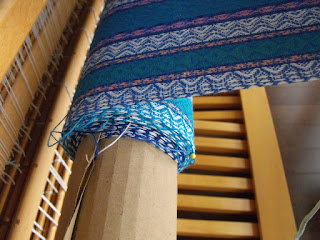 The final Garden Photo is Gaillardia x grandiflora 'Comotion Moxie' and what a beauty! 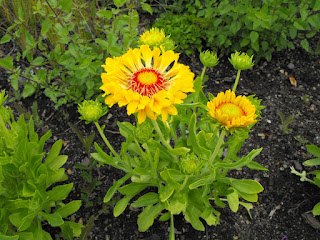