By the time I got to the third piano scarf I had the pattern memorized so it wove up quite quickly.  I also think that the boat shuttle really helps with speeding up the weave time.  It is a Little Man Howell which is 15 inches long, the bobbin is 8 inches and it can hold enough chenille to weave about 40 inches.  I got it by chance with an AVL mechanical loom purchase, the loom is long gone but the shuttle has stayed! 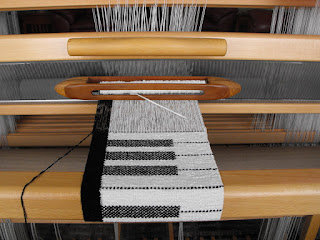 I don’t do a lot of long warps so I was a little surprised by the thickness of the scarves around the cloth beam by the end; my knees were almost touching the roll. 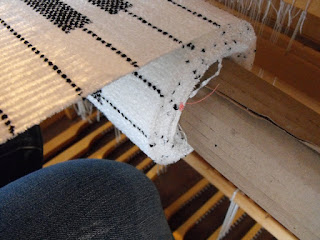 After taking off the scarves for washing I noticed the thick layer of dust on the race of the (reed holder).  After seeing that I went around my loom with the vacuum! Talk about dust bunnies! 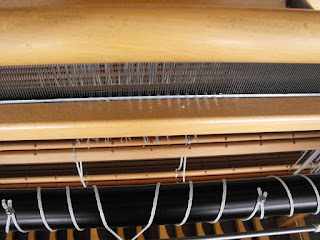 After washing the scarves I put them into the drier with some towels and felt dryer balls.  It's really nerve wracking but the softness and drape of the finished scarves is worth it. 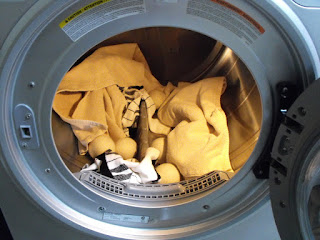 The scarves then have their hems pinned up; here they are waiting for sunny days so I can have enough light to hand sew them.  Here on Vancouver Island  during the first week of September we had the average rainfall for the whole month. It has continued to be a dark and wet month, buckets of rain today again! 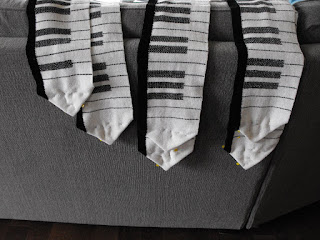 Here are the final beauty shots for a piano scarf.  For Sale. 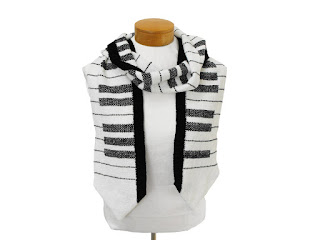 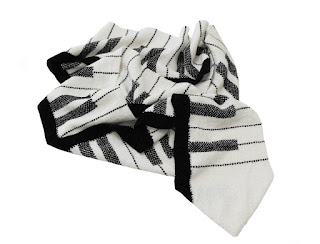 I haven’t shown you the final beauty shot for the yellow and red brown Tencel scarf (previous blog about it).  It is really something very special and wonderfully autumnal.  For Sale. 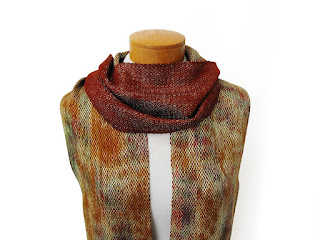 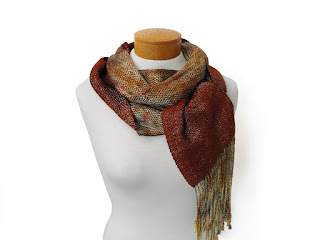 Final garden shot is a blue passionflower (Passiflora caerulea).  Our neighbour has the original plant on the other side of the fence, but, since it has put runners into our back garden which have rooted, and now the runners are blooming, so I'm claiming it! 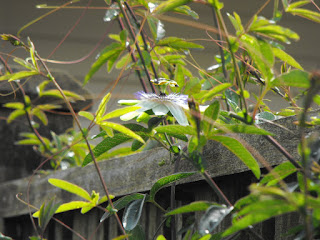 Your piano scarves are such a classic! I can see why they are continually requested...
Beautiful job on the red / brown/ yellow scarf too.