It was a lovely day for a short ferry ride across the Baynes Sound to Denman Island. 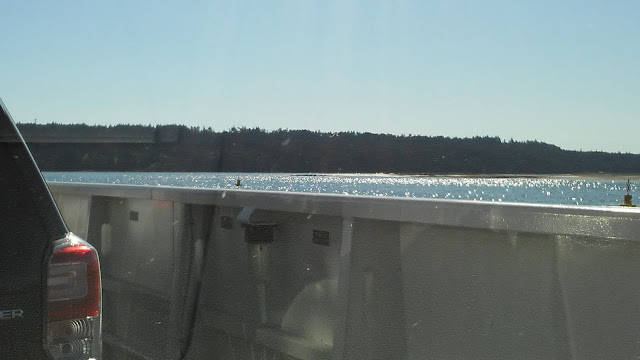 Baynes Sound is the area on Vancouver Island that grows oysters, you may have heard of Fanny Bay Oysters.  Fanny Bay is just 5 minutes down the road. 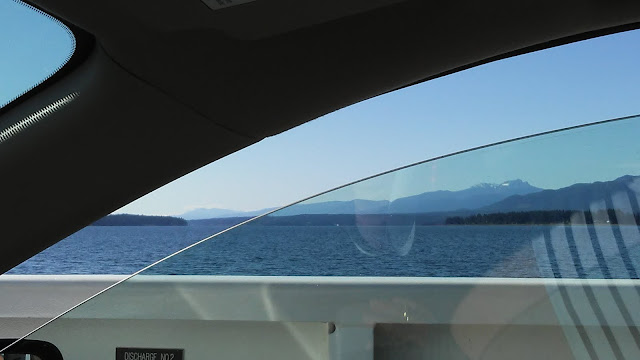 When we got to Denman Island we headed up to the Main Street to get our tickets and a map of the Island to start our adventure.  The first garden shows how hot and dry it has been and they don’t have the water to spare to water their lawns.  But still a field of poppies and dandelions is a pretty sight. 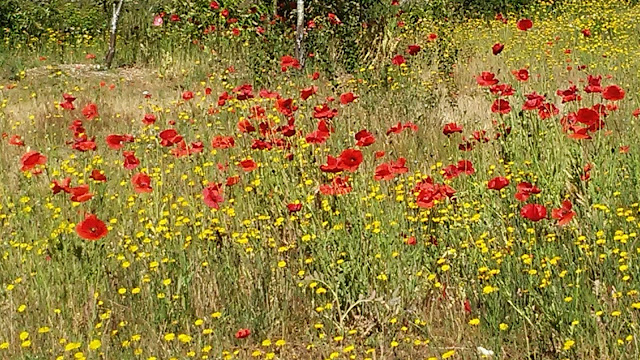 I am not going to show you all the gardens just some highlights that we went to but what every garden had in common was the roses.  Denman is an Island of roses, the smell was spectacular. 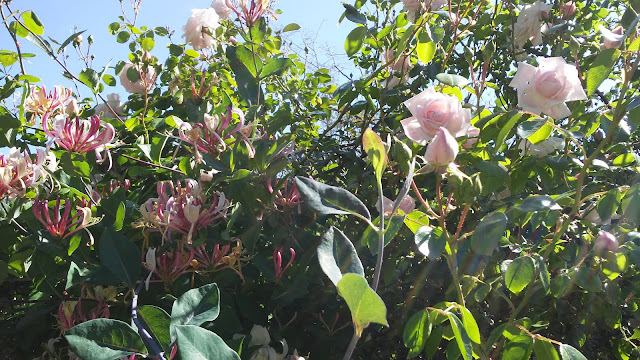 As we toured the island we found ourselves on the far side of Denman Island which is the view of another island called Hornby Island and the mainland (the British Columbia coastline).  This section of the Pacific Ocean is called the Strait of Georgia, which is part of the Salish Sea. 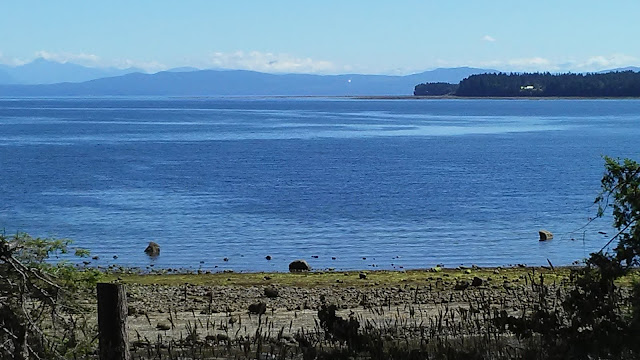 The theme for this year’s Garden Tour was wetlands and this has to be the prettiest, a lovely bridge arching over the pond with yellow irises.  There were Muscovy ducks running around too! 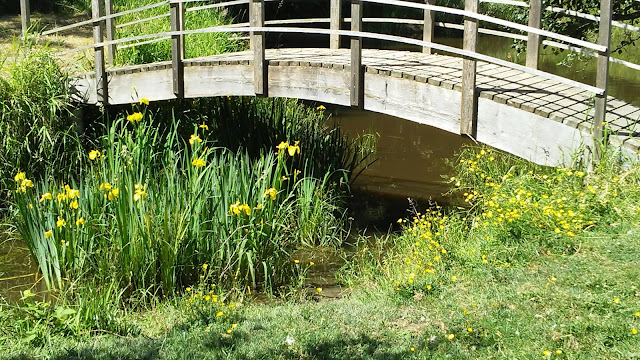 Now it is time for lunch we stopped at a provincial park called Fillongley and our view was of Hornby Island, you could see the whole island. 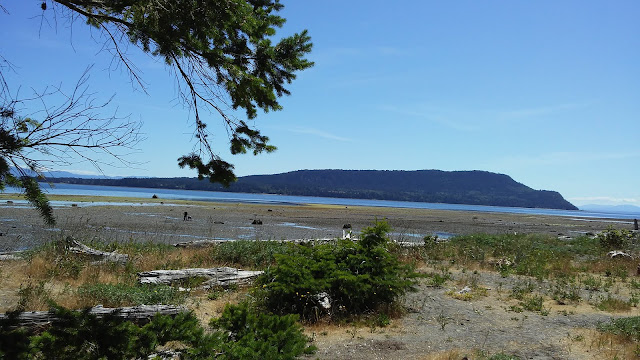 Onto the next garden, it was the best one by far.  It has been featured in many gardening magazines, it was a large perennial garden. 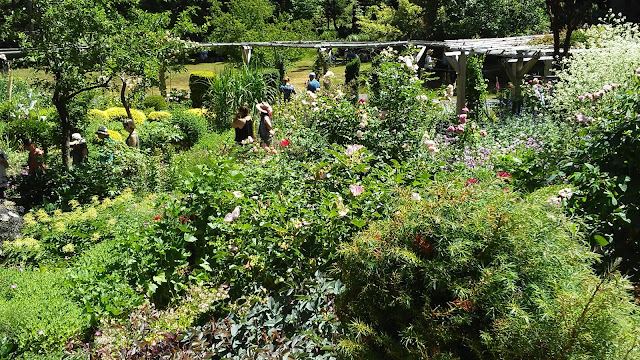 There was a large patch of Turkish Sage that just caught your eye. 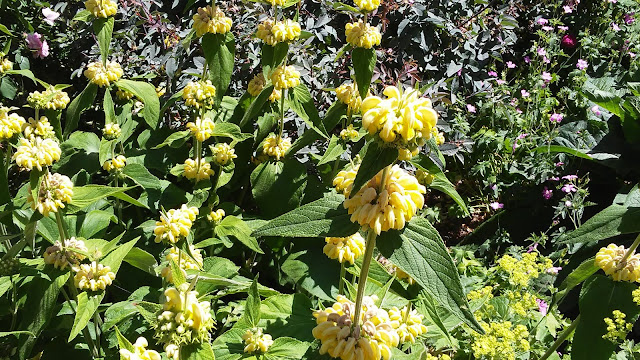 And a Star of Persia allium, they may be short but they pack a punch. 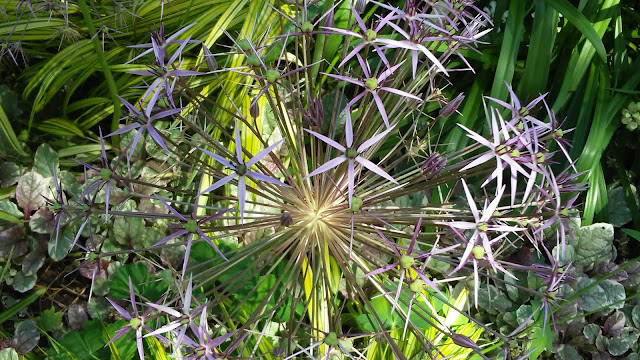 At the last garden we saw this plant didn’t know what it was but with a picture and the internet we found it is called Jupiter’s Beard and have already been to the garden nursery and picked up some (and already planted!). 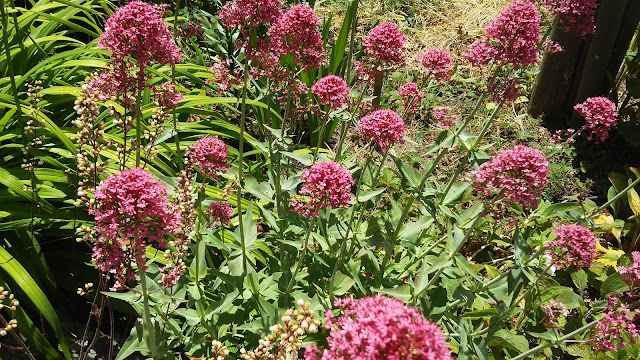 The best garden art was this heron, made from wrapped fabric and a crocheted table cloth! 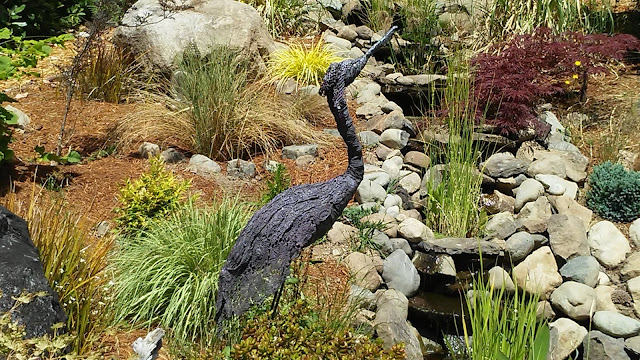 We are hot and tired now so back down to the ferry terminal for the ocean voyage back to the Vancouver Island.  We arrived in time to see the ferry came in, that grey line isn’t the road markings it is the cable used by the ferry, which is a greener alternative than the traditional ferries. 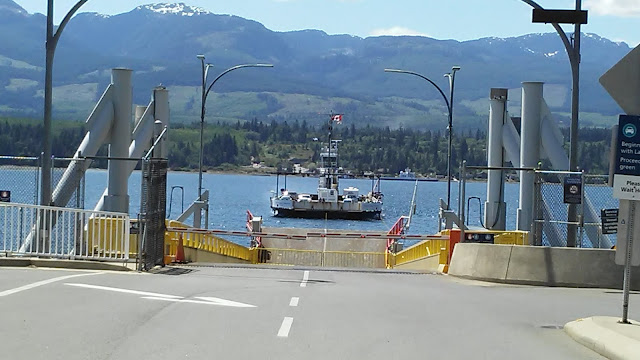 Finally we are on the ferry about to go back home to the big island, Vancouver Island.  When you drive onto the ferry a crew member helps you park, they need you to park really close to be able to fit the most amount of cars.  I parked so close to the car in front of me that the man wasn’t able to open his trunk!  But I got a 'good job' from the crew member. 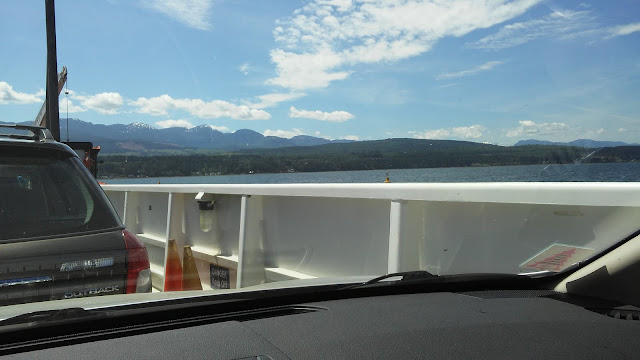 It was a long day but it really gave us a lot to be inspired by for our own garden.
Posted by Ngaire at 8:18 PM

It's been several years since I've been to Denman Island, and it was in later summer. The blackberries were in full season! I made some syrup! It would be so marvellous to go on the garden tour! Too bad it is so far away!