The beginning of the year is always tea towel time for us.  The newest tea towel warp is a lovely shade of blue with six stripes of turquoise that have a pin stripe of peach. 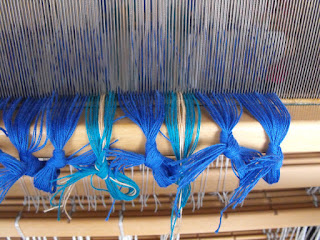 The pattern is an eight shaft drall and the weft is navy blue.  Drall is a Swedish term for turned twill.  And turned twill means that areas of the draft are 1/3 twill and other areas are 3/1.  In this case the stripes are 3/1 twill and the rest is 1/3 twill.  The stripes almost have a braided appearance and the large areas are lovely blue dots speckled on a navy background. 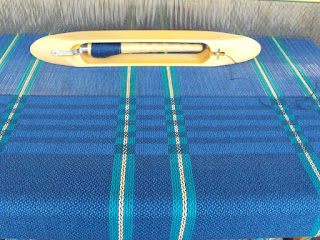 I like to have a border of stripes on each towel and in with this draft when I turned the twill in the treadling, like magic, the blue warp appears as the stripes.  It is a really nice way of making a border for the tea towels without changing the weft. 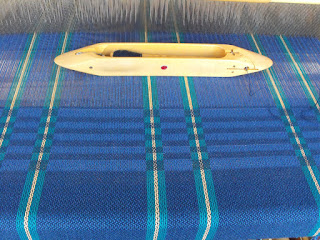 I like to make a unique border pattern for each tea towel so I write down the pattern but I also take a picture to make sure that I have a backup just in case.  This is towel two. 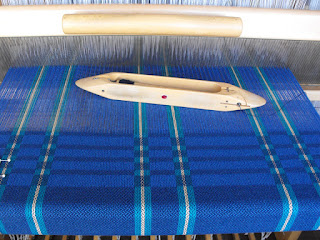 After two towels I decided to try different weft colours, white and a light grey.  But I didn’t like either of them so back to the navy I went. 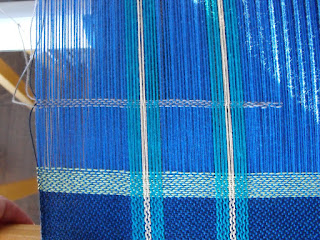 This is towel three and I seemed to have not taken a picture of towel four. 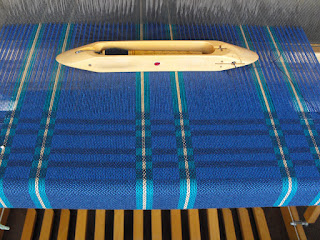 I like to machine wash and dry the tea towels and then steam press before turning up the hem.  I use a metal ruler to measure the turned up hem, the one drawback to this is that the metal ruler does get really,really hot! 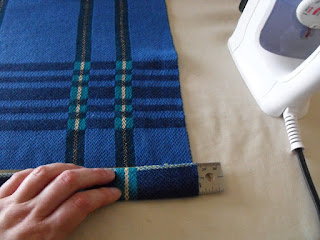 Then the tea towels are hand hemmed before getting a second and final steam press.  Here are the final pictures of the tea towels.  For Sale. 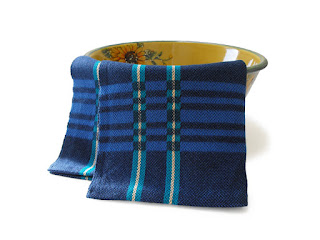 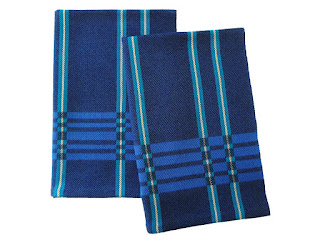 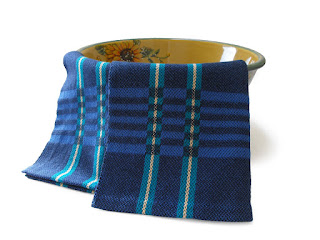 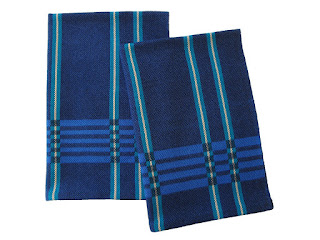 Final Garden Shot is Puschkinia or Russian Snowdrops....after the slug attack only a few survived! 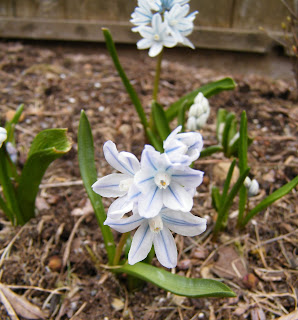 They look lovely! I'm going to have to revisit drall myself.

Such lovely clean lines and crisp pattern! I love your colour choices too.
I'd be proud to hang one of those in my kitchen...