It is that time again!  For some reason every autumn I get the urge to do tea towels. WovenBeauty's best selling tea towels are these black and grey towels with a different accent colour each year, this year the colour is raspberry red. 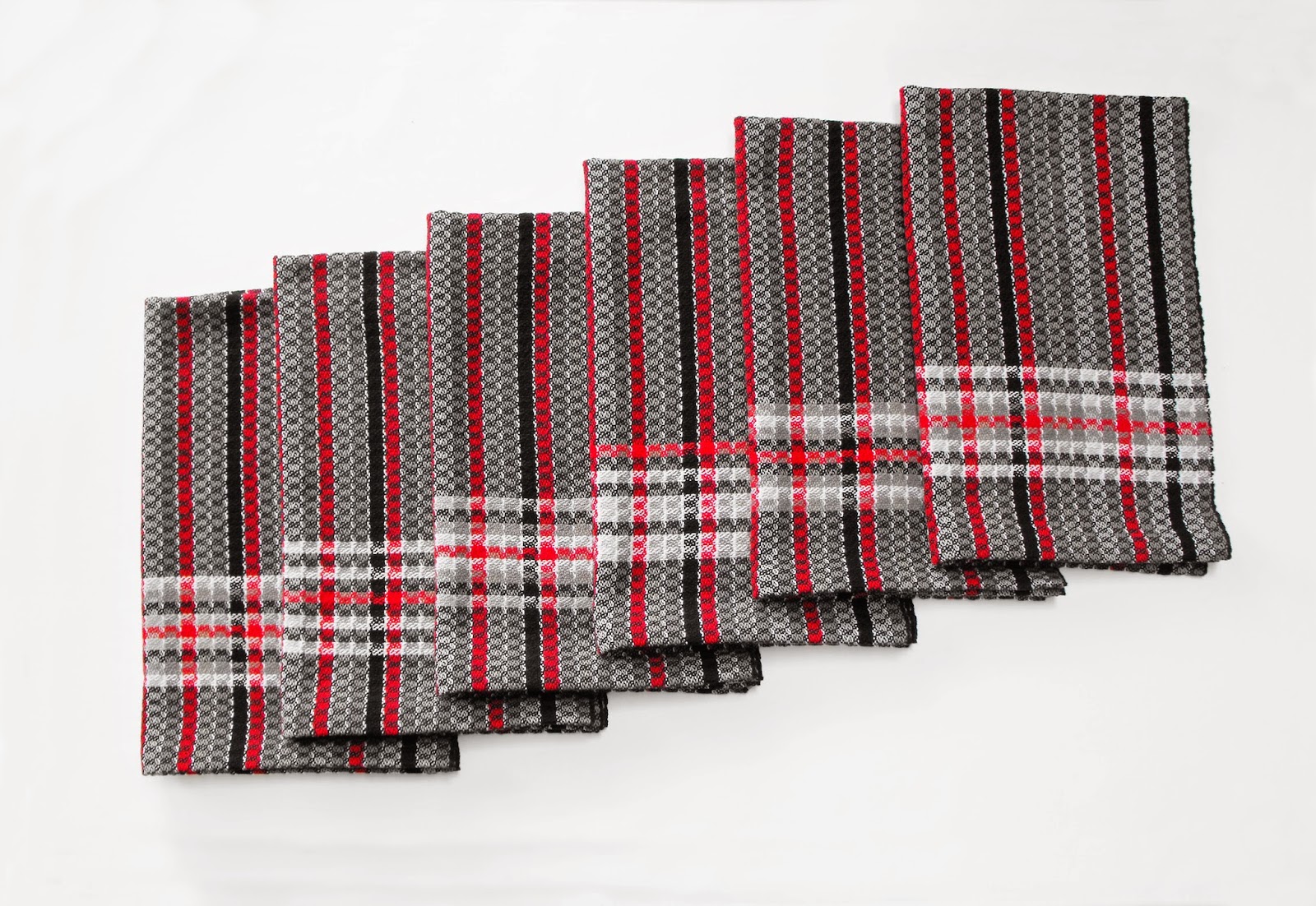 These tea towels are such a fun weave that I didn't get many photos of the process.  But here are the pirns showing the colours that I used for the plaid borders.  Off to the side you can see some of the empty cones that a tea towel project always produces. 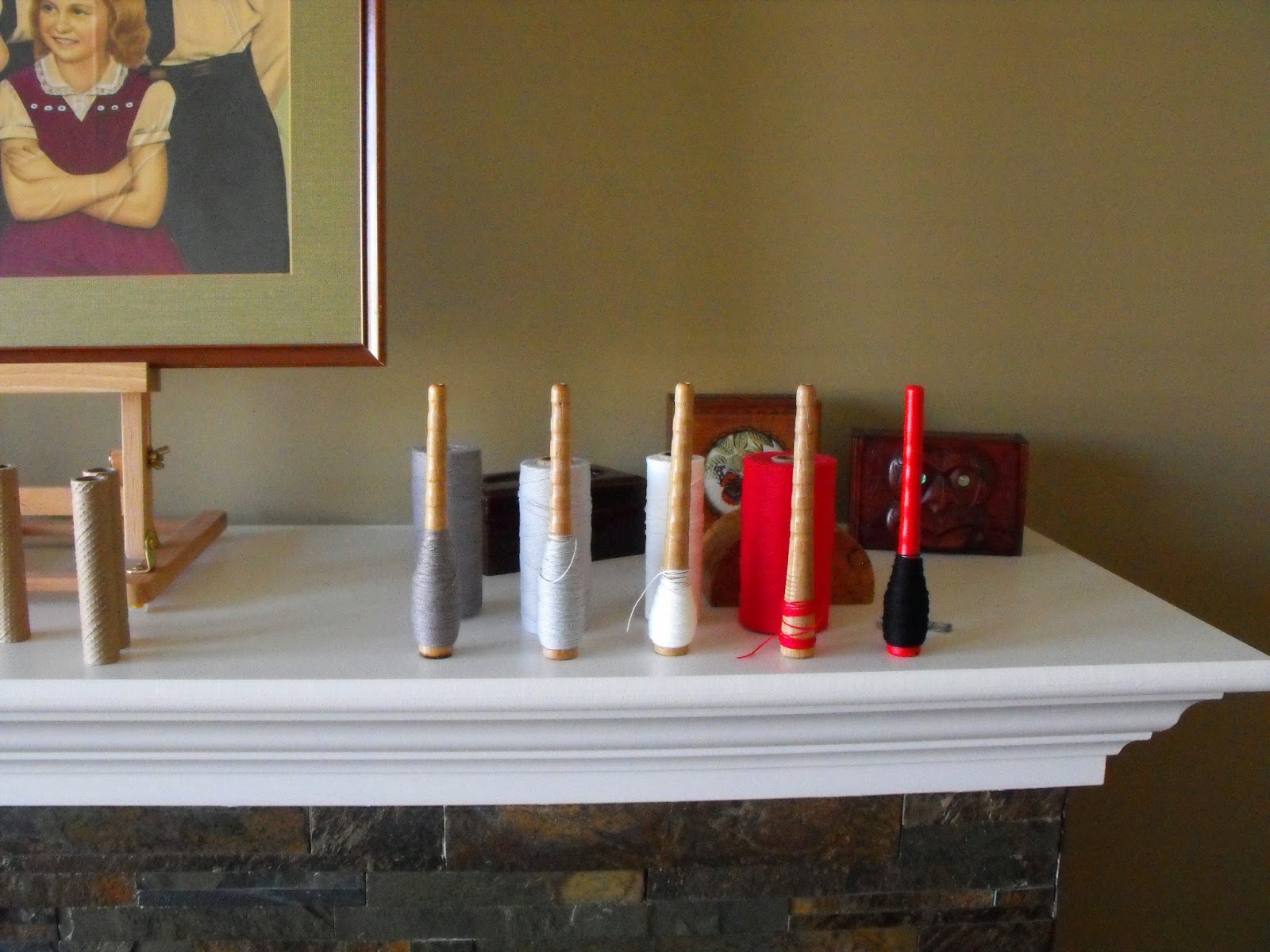 Part of the fun of weaving tea towels is the buildup on the cloth beam, that sense of accomplishment as the tea towels pile up neatly. 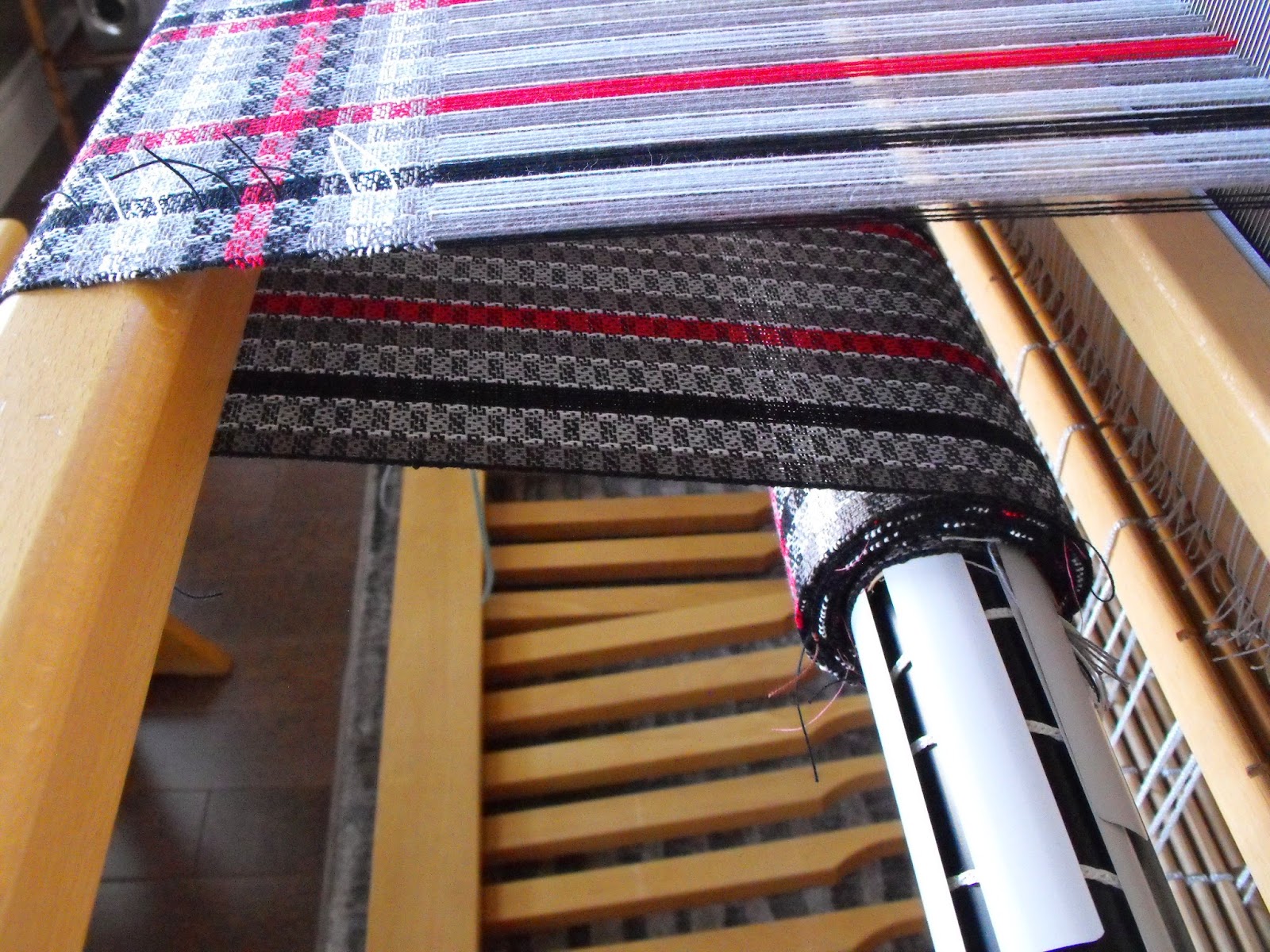 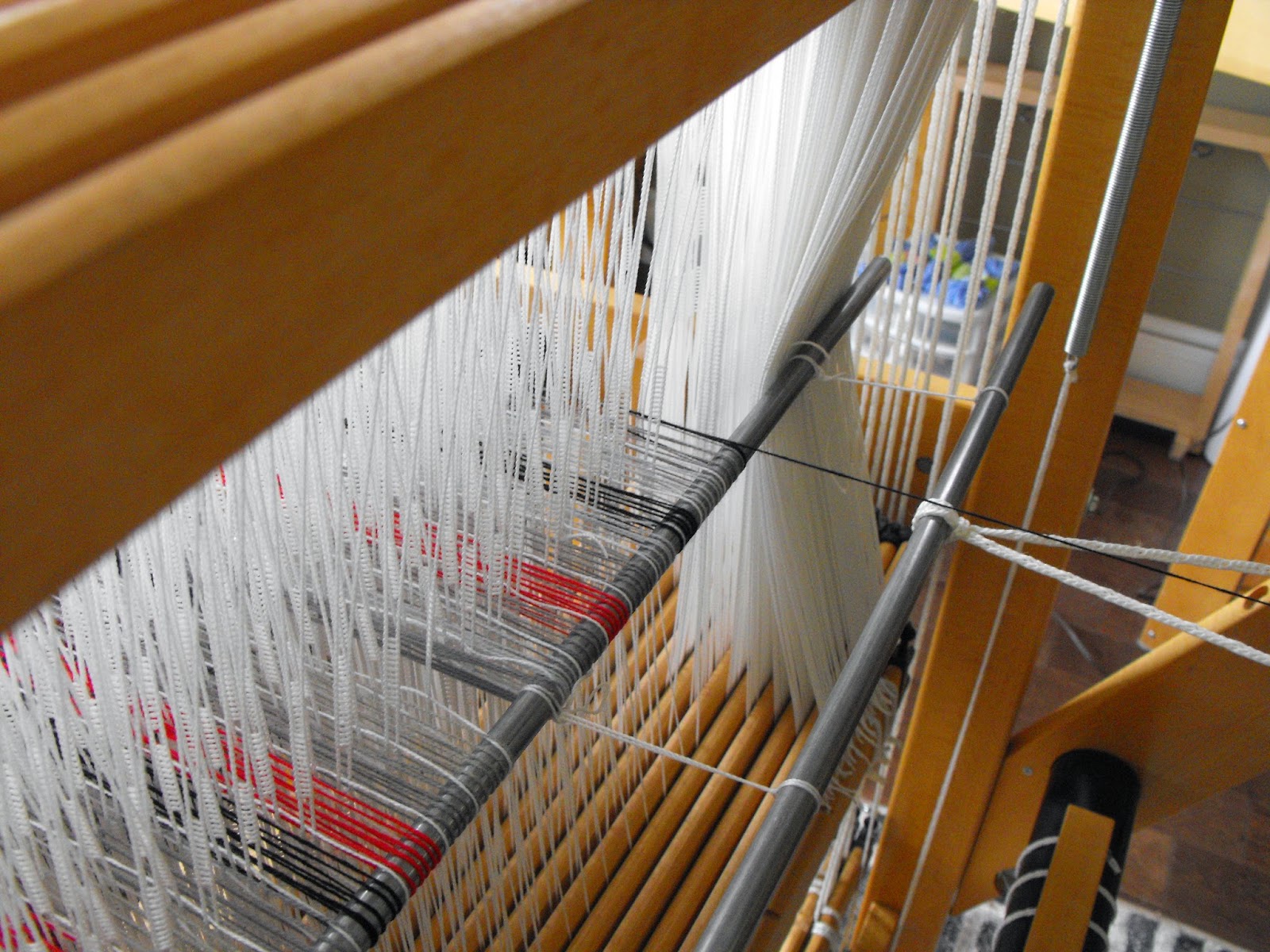 Thank goodness for the low profile on the Schacht-end feed shuttle; I had really no shed to speak of but I needed to squeak out the last few inches for the hem of the tea towel.  I had about 2 inches before the reed ; it was really tight. 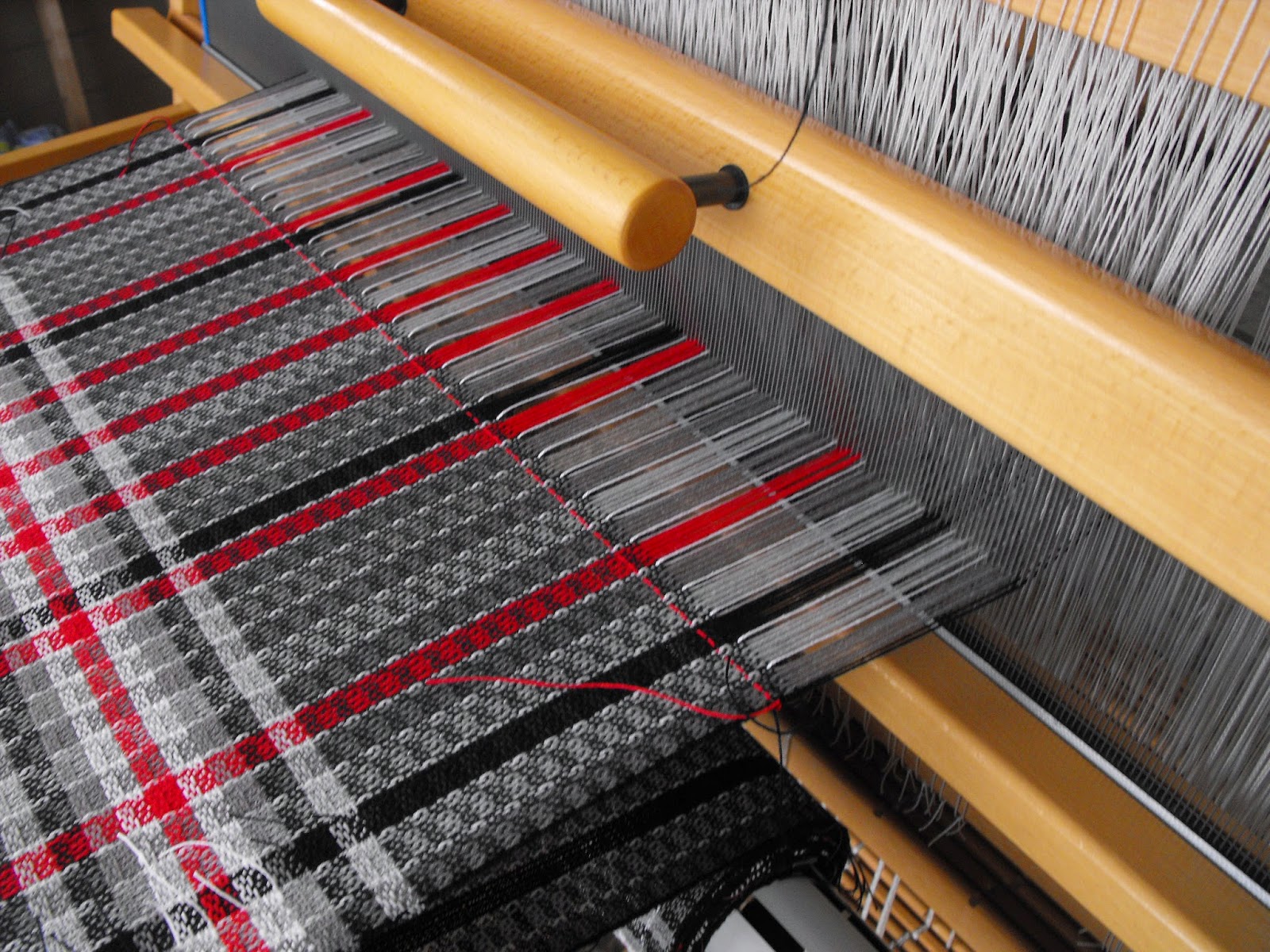 But the tea towels came out spectacularly!  Each tea towel has a different plaid border, but they all line up beautifully.  For Sale. 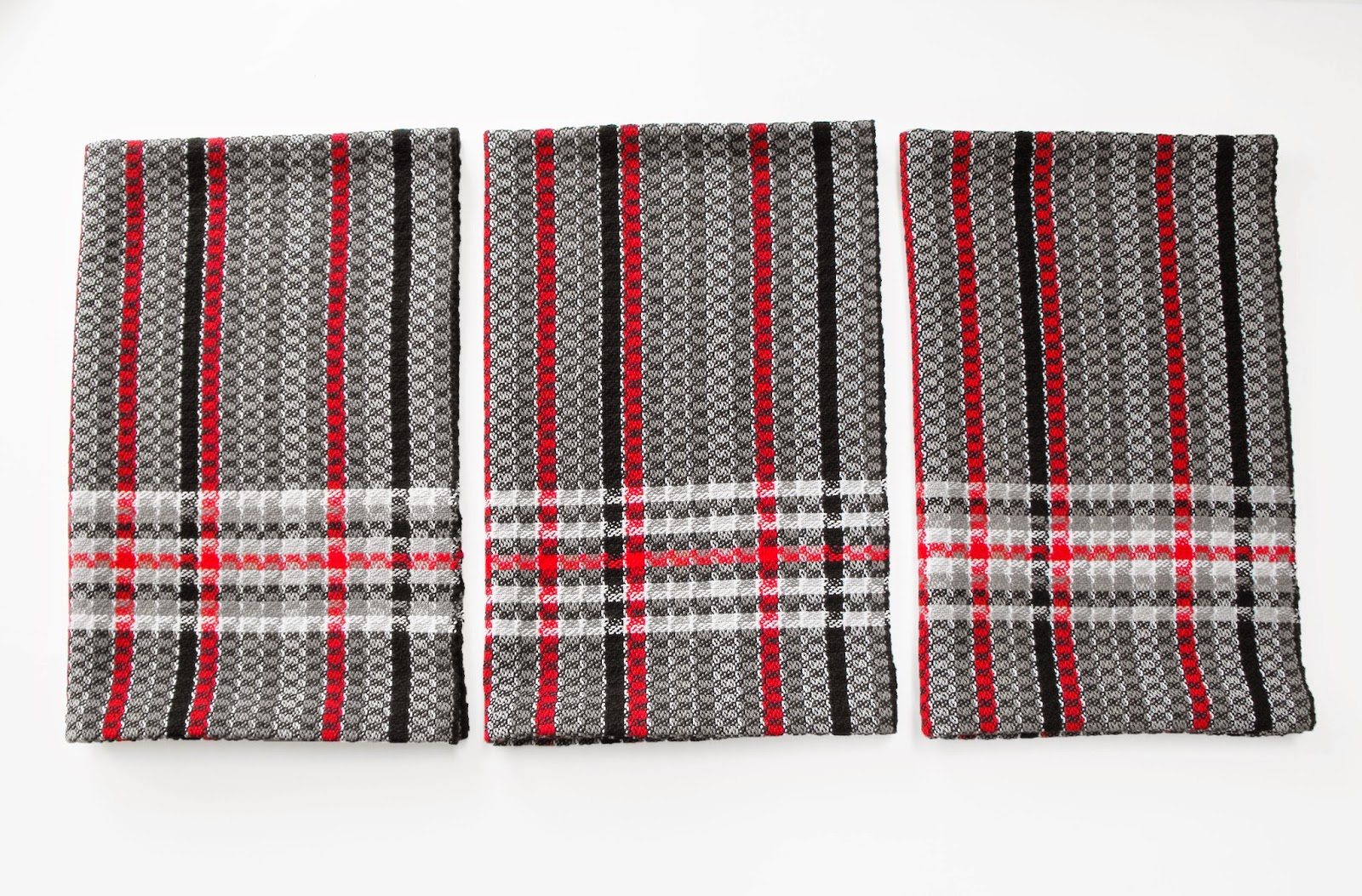 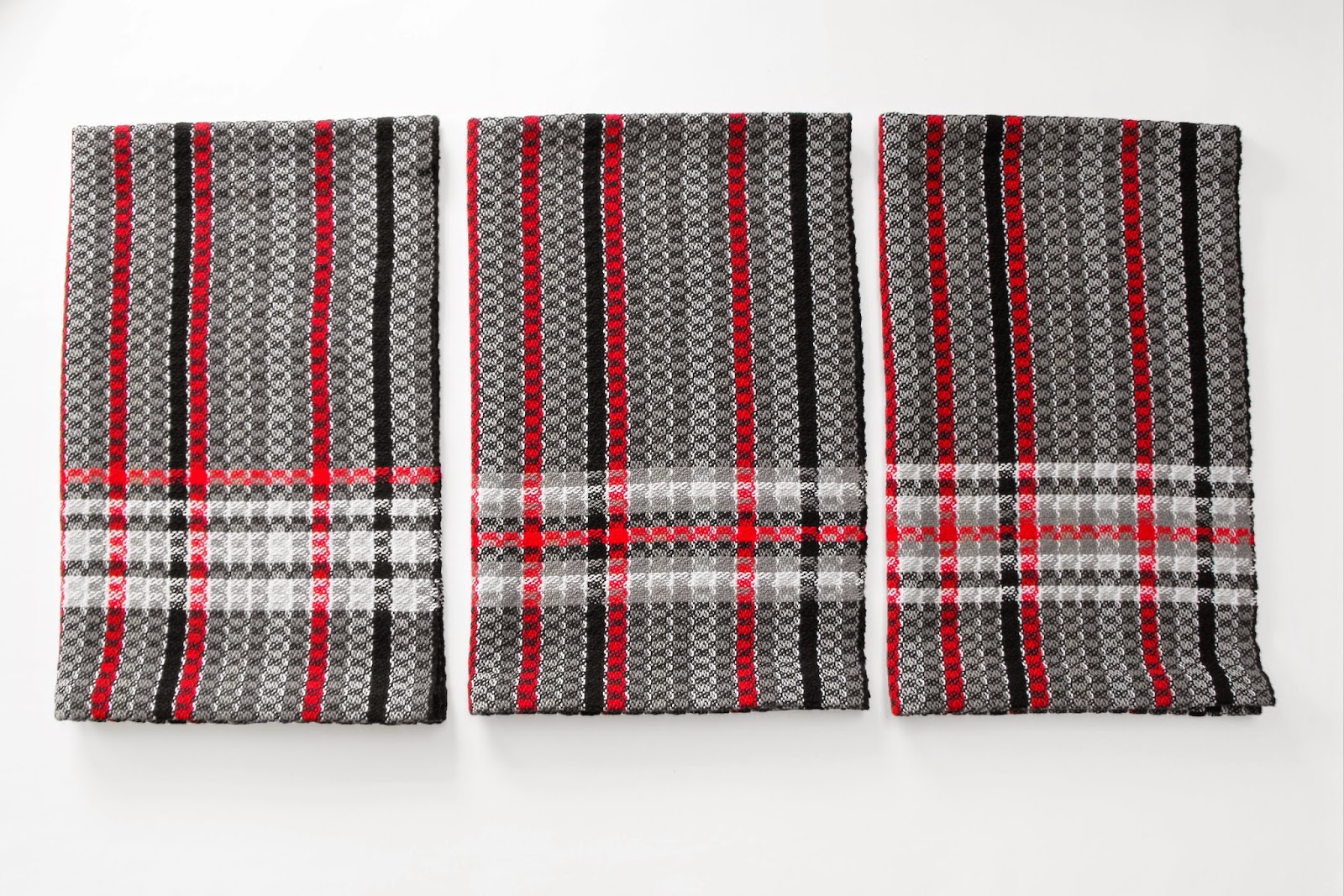 The garden shot for the end of the post is a purple Chrysanthemum, which was flattened the very next night by the beginning of our 'Storm Season'....apparently we don't get winter her on Vancouver Island! 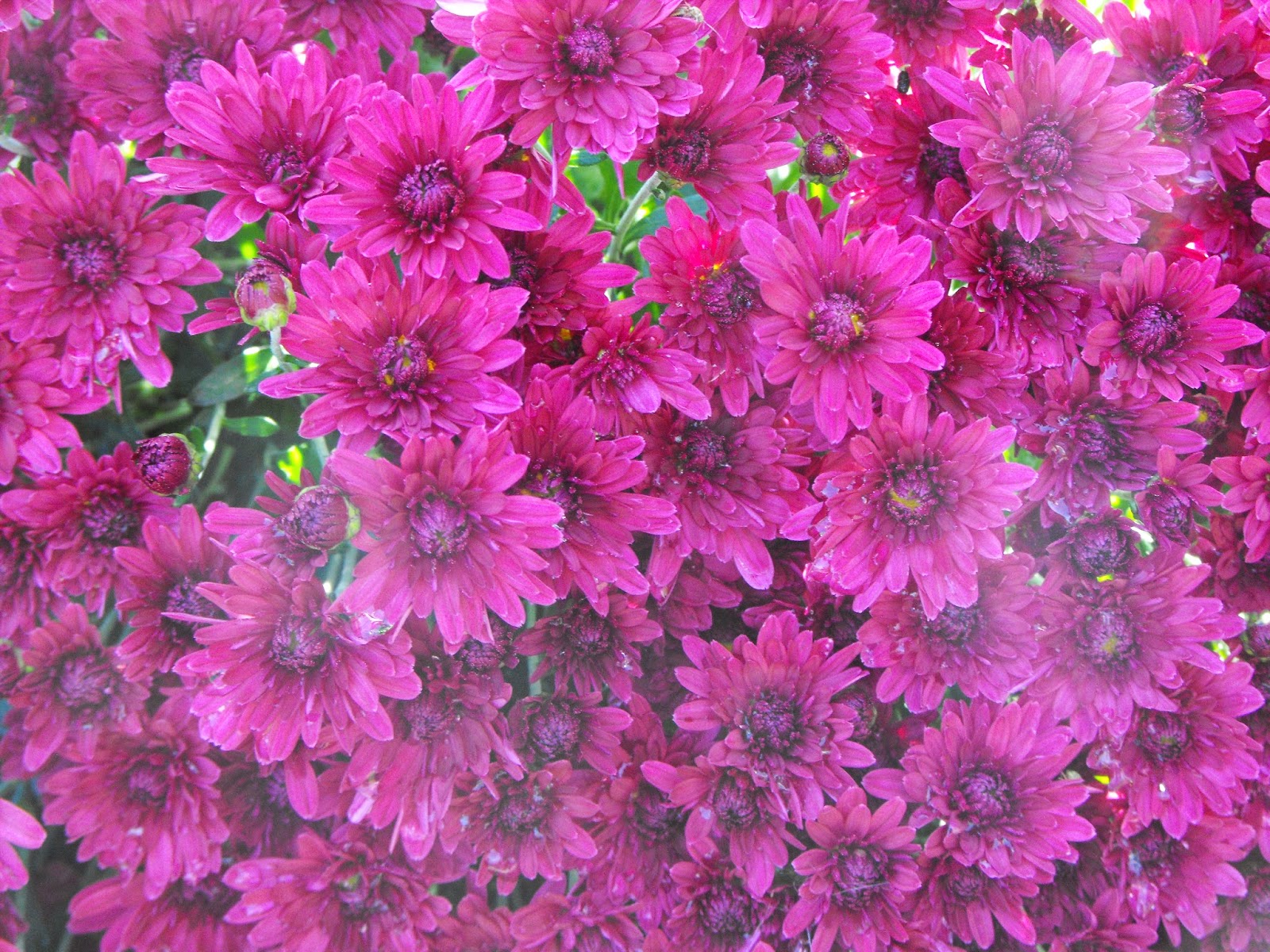 Love these towels! Black, grey and red is one of my favorite color combinations.