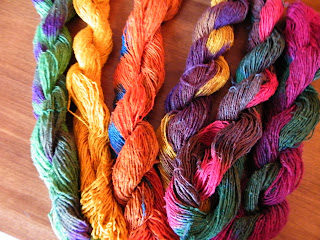 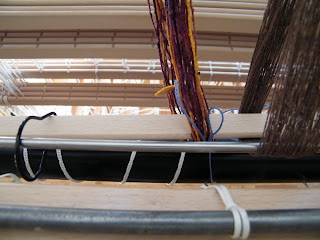 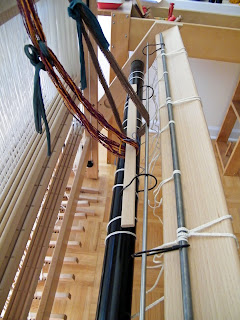 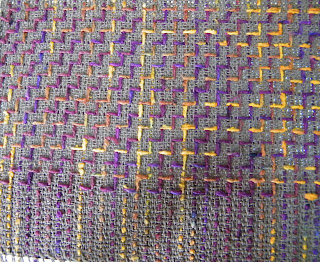 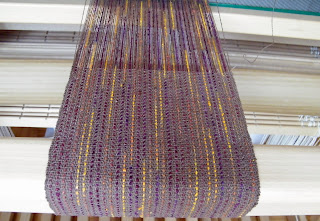 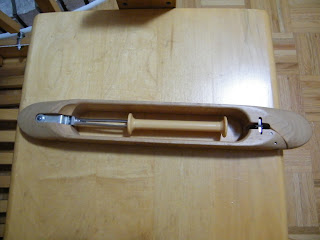 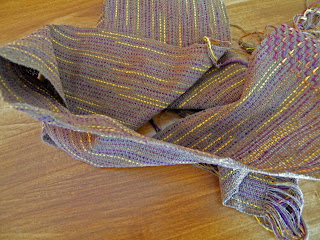 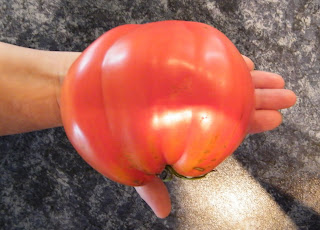 On another note, this is one of our last Fred’s Plum tomatoes and it’s huge, but beautifully sweet and meaty. A really wonderful tomato to grow.
Posted by Lynnette at 4:51 PM

If its really that stiff, I could imagine it would work for a beautiful bag.

Don't know what you imagined, but I like how it turned out.

We as viewers can't touch and feel the final result...but I have to say that I like the way it looks! My favourite would be the plain weave version actually.

I also agree with Fiall that it might make a neat bag, or at least a panel in a bag.

Now about that BIG BOY tomato! wow!
It actually looks like you have photo shopped the picture. Did you weigh it before it became dinner?

I promise you the tomato is not photoshopped...it really is that huge a variety and they weigh in between 12 and 20 ounces, or just around the 1 pound mark!
I washed the scarf today and it looks like it is definately improving, once it's dry I'll whap it on the ironing board a few times and it just may be OK!

Hi Lynnette is a realy tomato ?
, I am hand weaving from Brazil, your blog are great
Silvia
http://tearpiaocupacional.blogspot.com/