My first warp on Avril is a No Tabby Crackle scarf. I warped the AVL in the same method that I used for the Minerva. Unfortunately most of the photos that I took have disappeared into the ether, but you can see my method here. 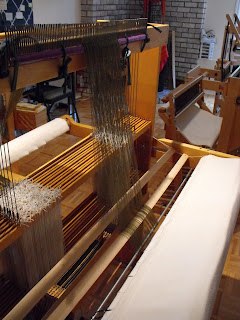 This AVL loom has to be kept in balance, so the heddles are kept half on the right and half on the left. To keep track of my centre heddle on each shaft my Mum came up with the following idea that she used on her previous Scandinavian countermarche loom. The centre heddle on each shaft has a pink knot added above the heddle hole. To make sure that the knots stay where I want them I added a drop of Fray Check to each one. When I take the scarf off the loom I will be able to just push the pink knot to the right side and won’t have to count to get the heddles to keep them even on the shaft. 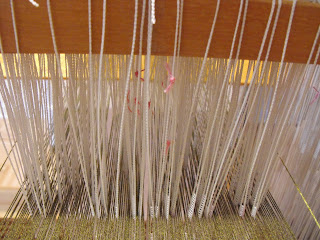 The warp is 2/10 Tencel in Olive and the weft is Lemongrass! I am going for a tone on tone iridescent look. When I was tying on the warp to the front apron I noticed that the warp touched the bottom of the beater bar. The problem with that was the reed has a rough edge from the tape and it was rubbing and wearing the warp. Doing a little reading I found that AVL looms are supposed to have the warp sit very low in the reed so I didn’t want to make any permanent changes without working with the loom first. My temporary solution was to lash a warping stick in front of the reed, which lifted the warp off the reed but didn’t really change the shed. 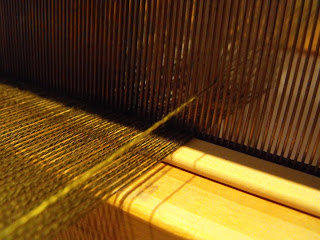 I also noticed that metal pins at the end of each shaft, which keep the shafts stable, were wearing a groove into the wood. The solution that I came up with is to add a bead. I was hoping for pink to match the pink knots on the heddles but the only beads that we had that worked were large white pony beads. They look neat and tidy and well, they match the texsolv heddles! 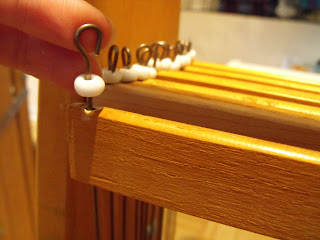 When I was looking for my first project on Avril I looked through Alice Schlein’s book on Network Drafting and she had a chapter on how to make a peg plan. My stomach dropped looking at the instructions I wasn’t sure that I could do it. Then after some thought I realized that a peg plan was just a lift plan and our computer program does that for me, thank goodness. I was soon happily pegging a way then I realized that with a lift plan the numbers are for the shafts that are lifting. I was putting a peg where the number were so the dobby would hold that shaft down, darn; I was going to weave the scarf upside down. No matter, I will remember for next time (actually I won’t, but I have resigned myself to the fact I will be weaving everything upside down from now on!). The second thing that I did was put the chain on back to front and well I wasn’t going to fix it. So I am now weaving the scarf upside down and the pattern is going in the wrong way. Thank goodness it’s Crackle and you can’t tell! 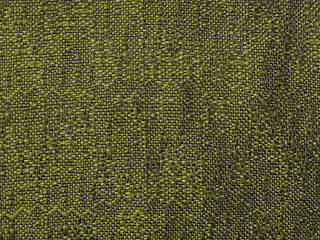 It was the Guild’s summer break pot luck last week and I brought a dessert. It was darling little tartlets filled with lemon curd cream and topped with Dianthus and Johnny-jump-ups. Very pretty as well as yummy! 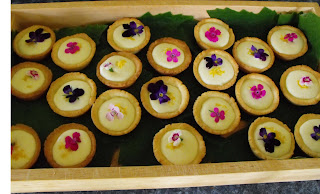 I love the texture on the no-tabby crackle! With the gold thread, it looks so rich - like what a king would wear.

It's quite the process getting comfortable with a new loom, especially one with a brand new to you system to it. You are learning as you go and some glitches are gonna happen... But the no tabby crackle looks amazing!
Next project will be even easier for you...