A Fresh Start and A Clean Sweep

It is the New Year and time for a fresh start.  I dropped off writing for the blog and I’ve missed it.  I like having a written record of my weaving and it is surprizing how much I refer back to the blog.  It may be a little old fashioned to write a blog but I do really enjoy doing photo essays about weaving.

But first the clean sweep part, I’m going to tidy up the blog and give a recap of the projects that have been done since August.  The last blog by me was about the Fleur de Lys scarf, which was 2/8 Tencel in white and blue with 2/30 cotton.  I actually unwove the scarf and redid the motif, it’s longer and more ornate looking, the pattern is Diversified Plain Weave.  The finished scarf was lovely and has already sold. 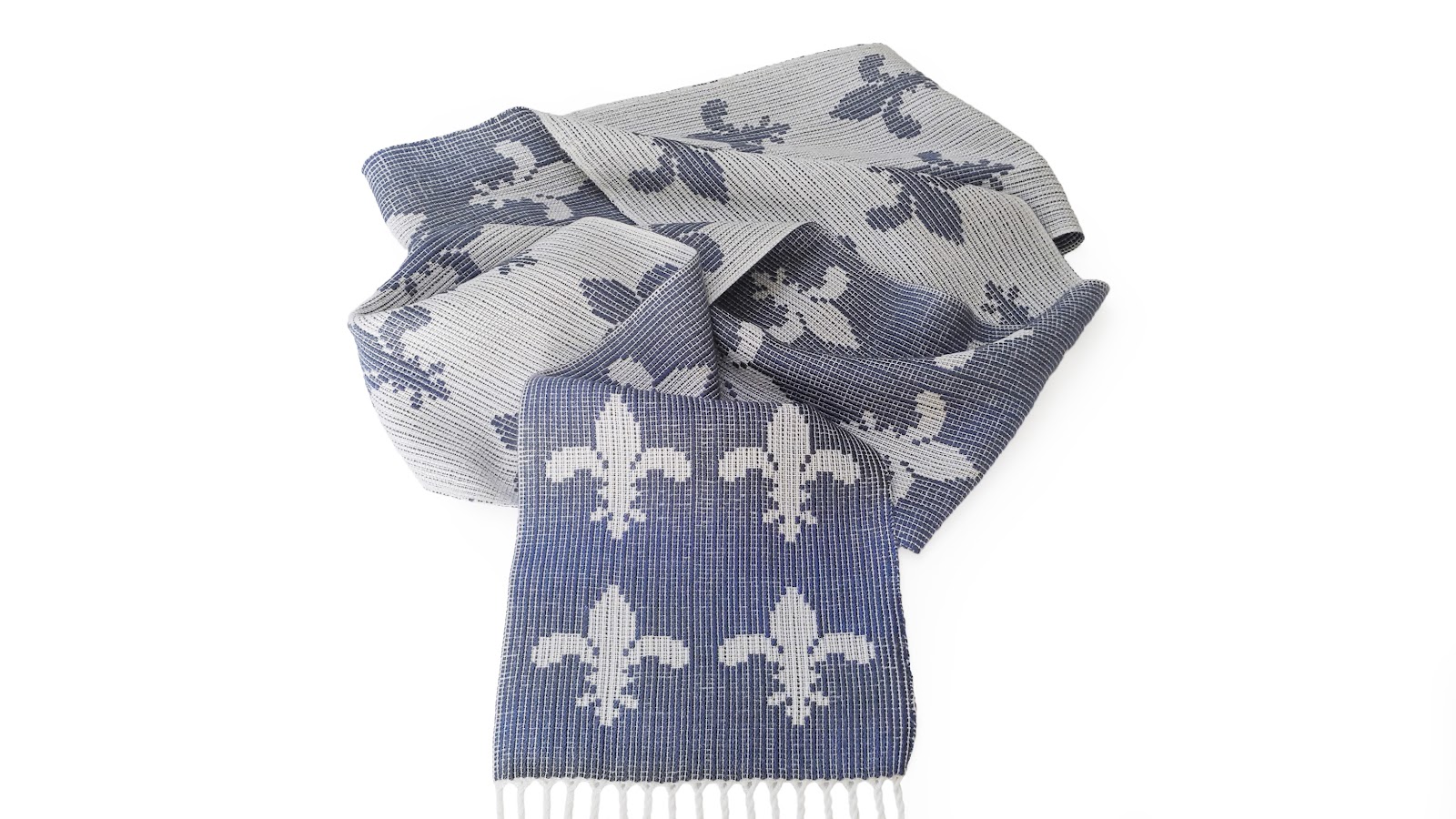 For sale on Etsy. 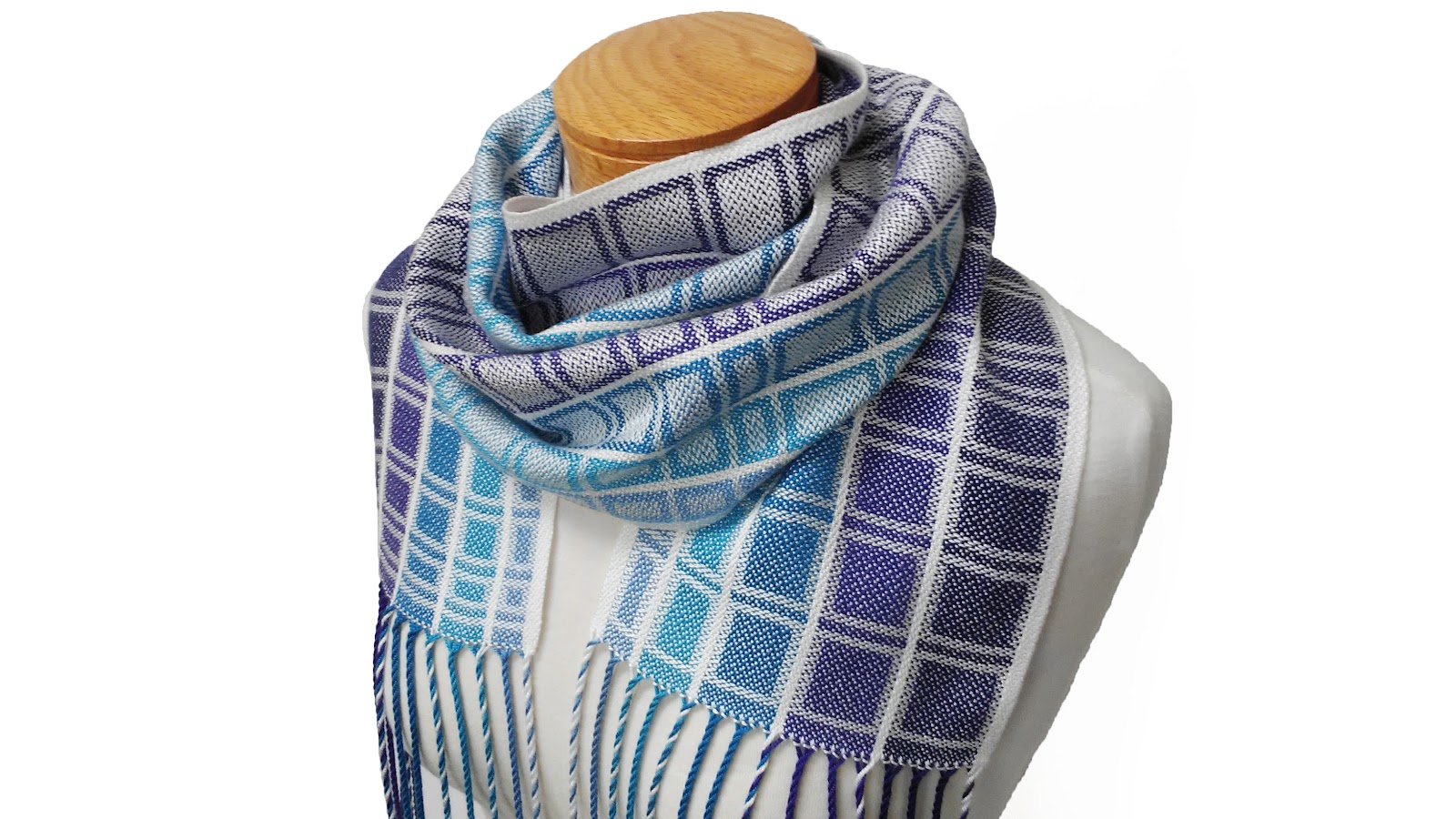 For sale on Etsy.

In September I did a set of six tea towels in 2/8 cotton with a white warp and 2 towels each in lavender, red and turquoise.  They are woven in a lovely twill on 11 shafts that makes a charming round motif. 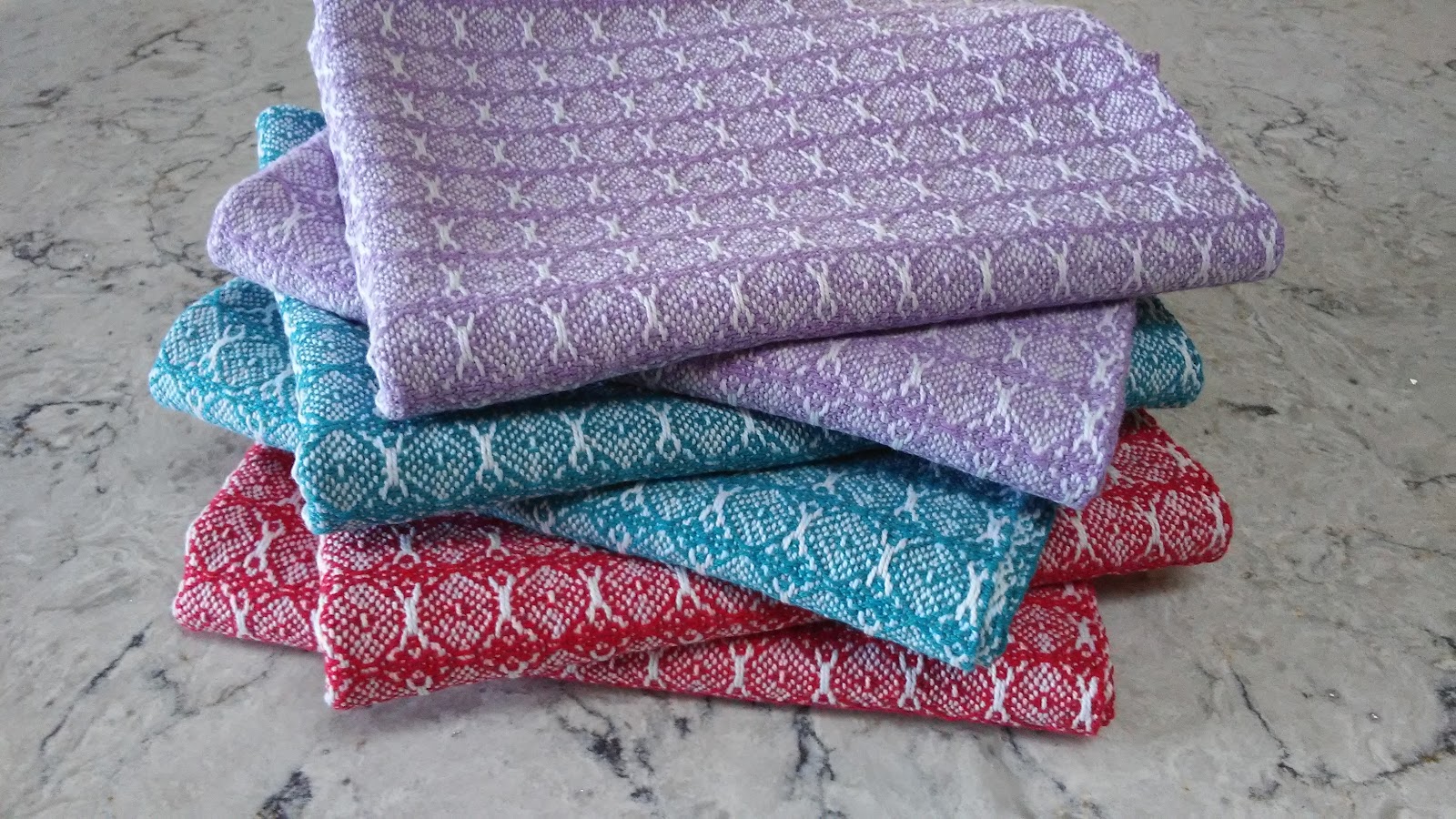 We had a lovely long fall this year, with temps into the high 20’s into October which is really unusual.  We were able to grab this bonus time and we painted the fence, it was a lot of fence as we are on a corner.  We picked a lovely dark chocolate brown, it really makes the plants pop. 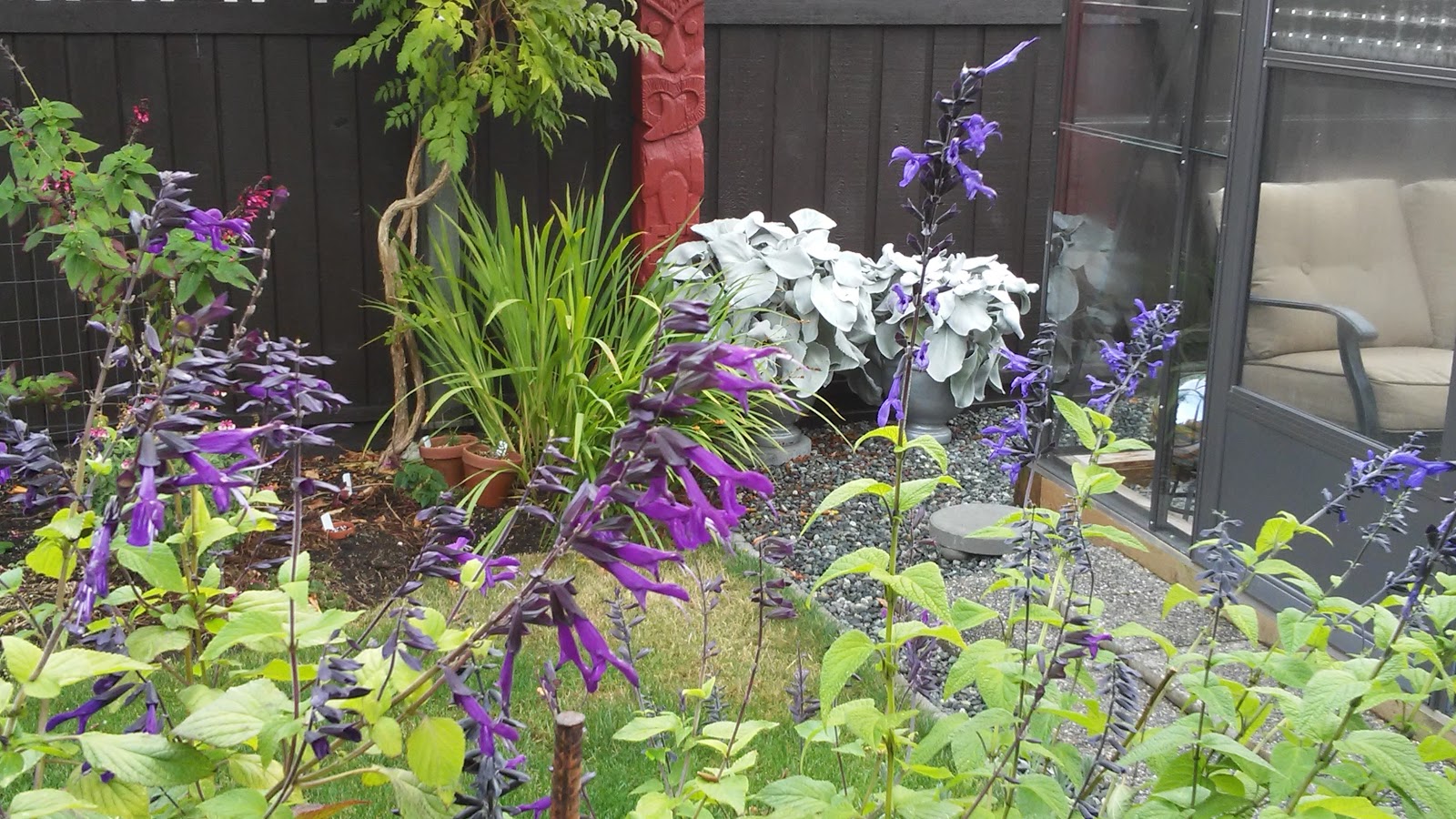 Two more weaving drafts are available, both are for tea towels.  One is the Cunningham Tartan Twill Tea Towels, which is a 4 shaft design.  For sale. The second weaving draft is Spring Viola Twill Tea Towels, which is 8 shaft design.  For sale. Lastly I wove two network twill polka dot scarves with a light teal 2/8 Tencel warp.  One scarf is bright and cheerful in red violet Tencel and the other one is a study in shades with the weft being a darker shade of teal Tencel.  The teal on teal has already sold. 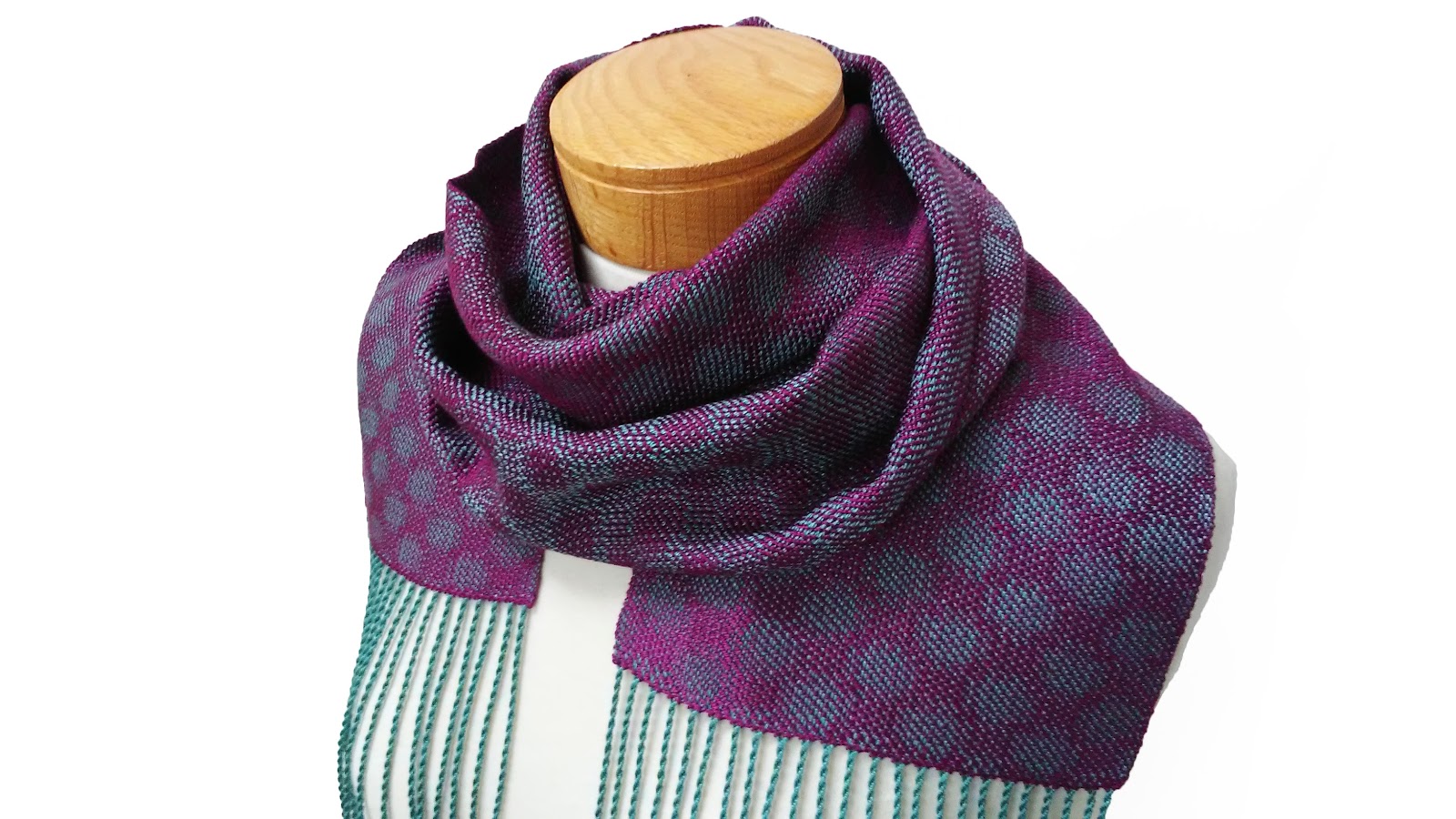 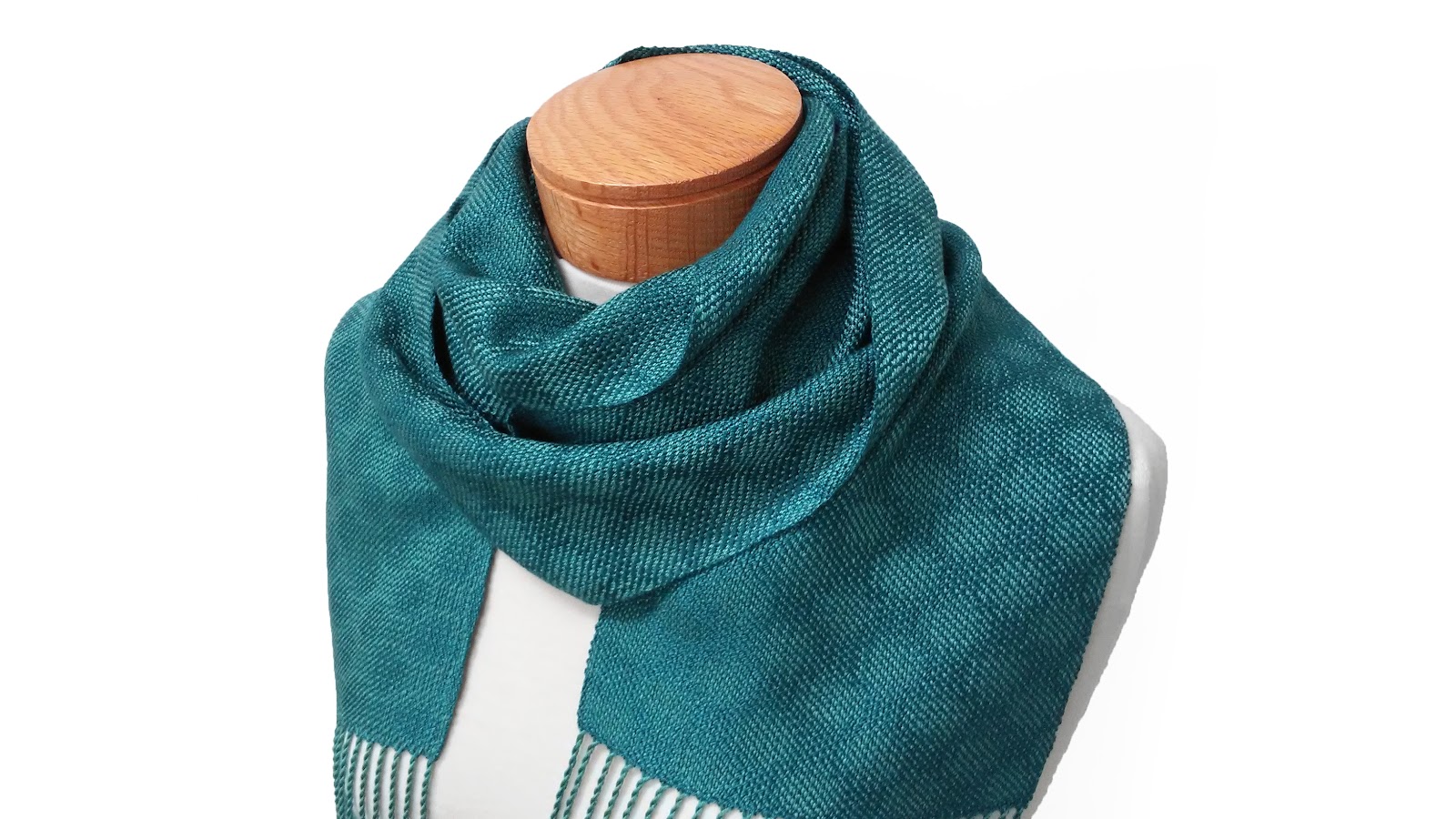 For New Years I like to show what is on the looms right now.  Mom has place mats on the loom.  They are mixed cotton, linen and Orlec in earthy shades of cream, browns and rusts. 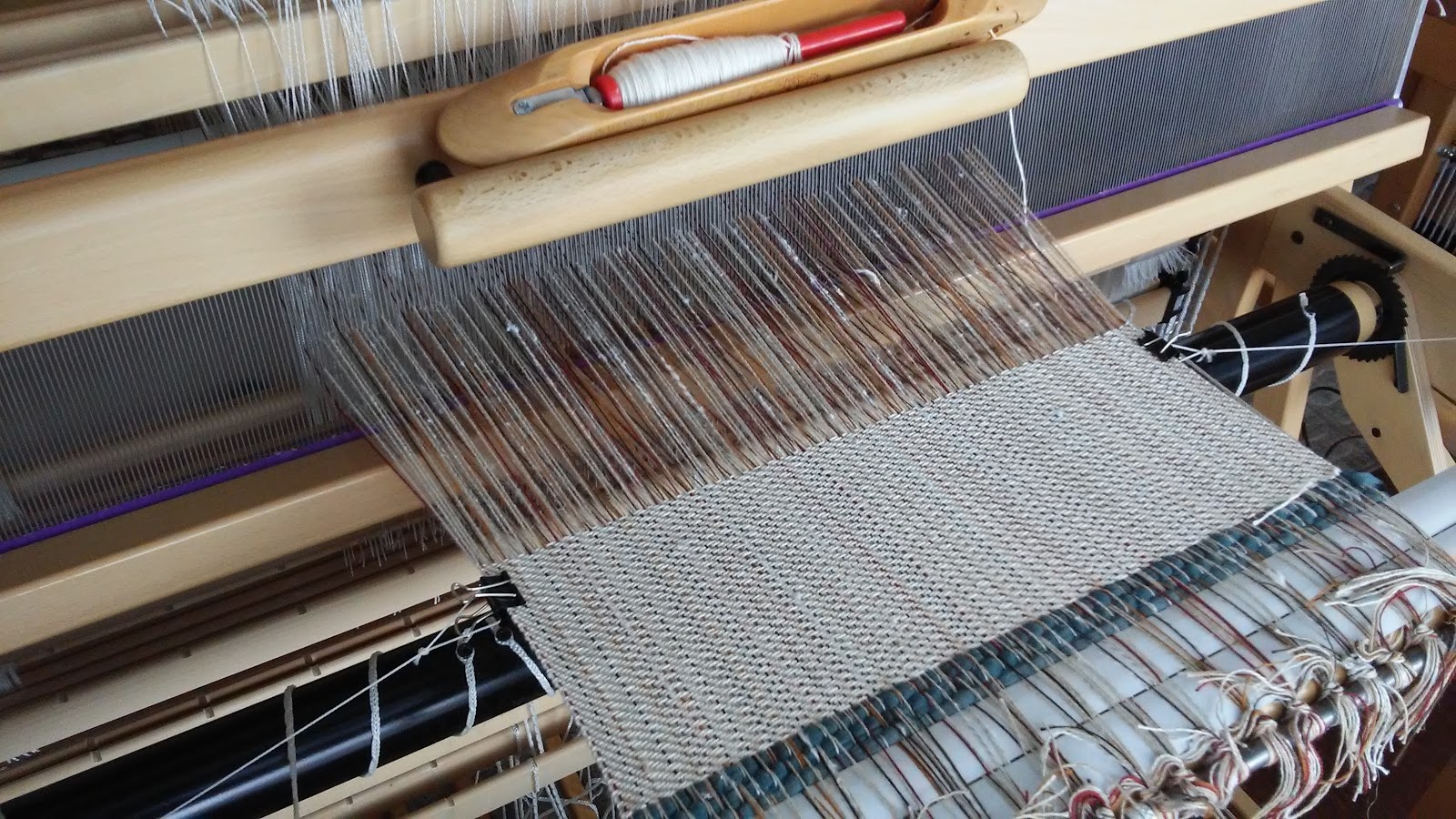 I have an ink blue 2/8 Tencel warp on the loom, enough for two scarves.  The pattern is crackle, it is actually one of the drafts we have for sale – the Helix Nebula Crackle Scarf Pattern. I’ve started the first scarf in white Tencel. 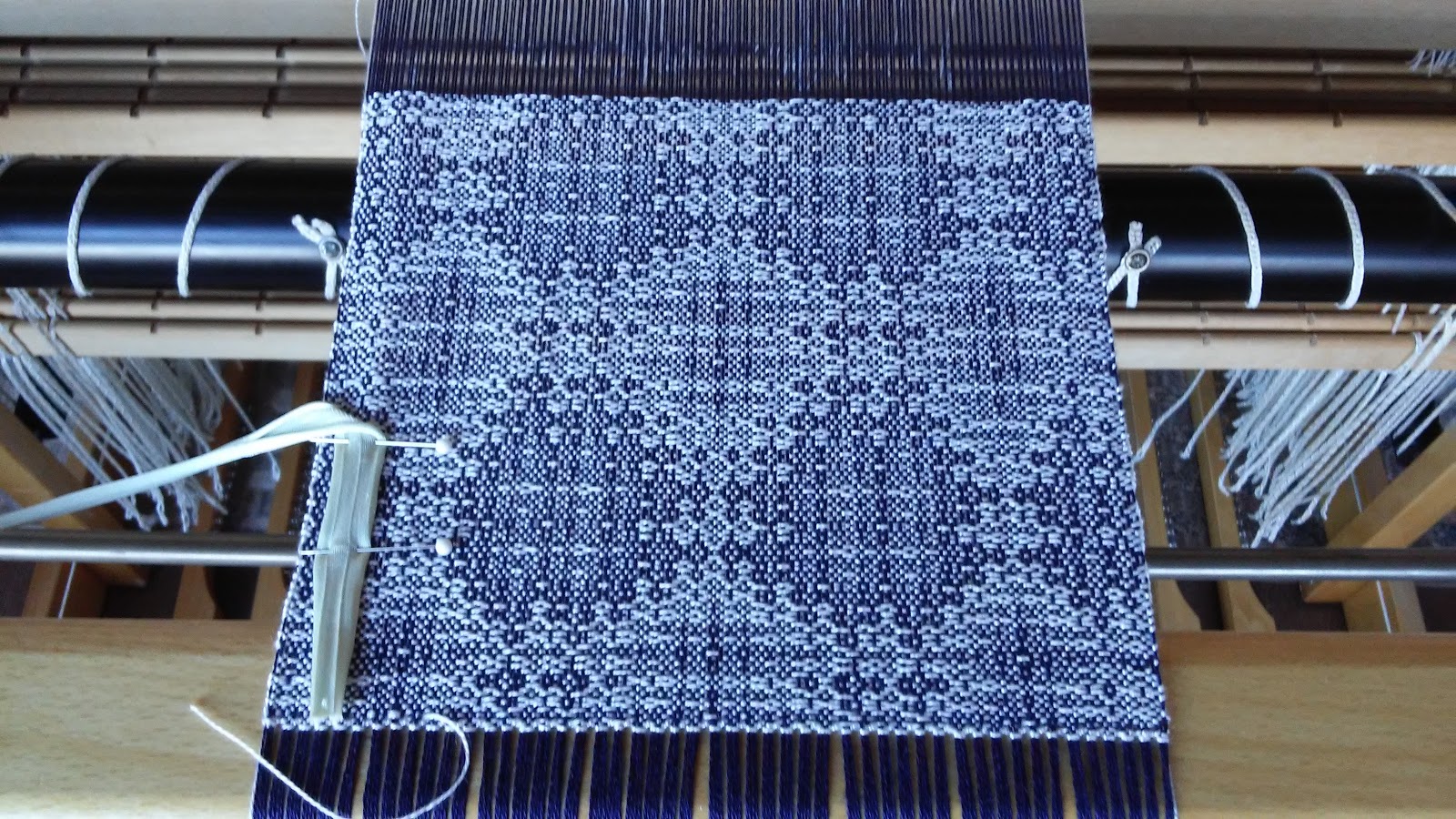 Final Garden Picture is a charming yellow rose that is still managing to bloom even after the large dumps of snow and the unusually cold weather.  The next one is Mom sowing the first seeds of the year! 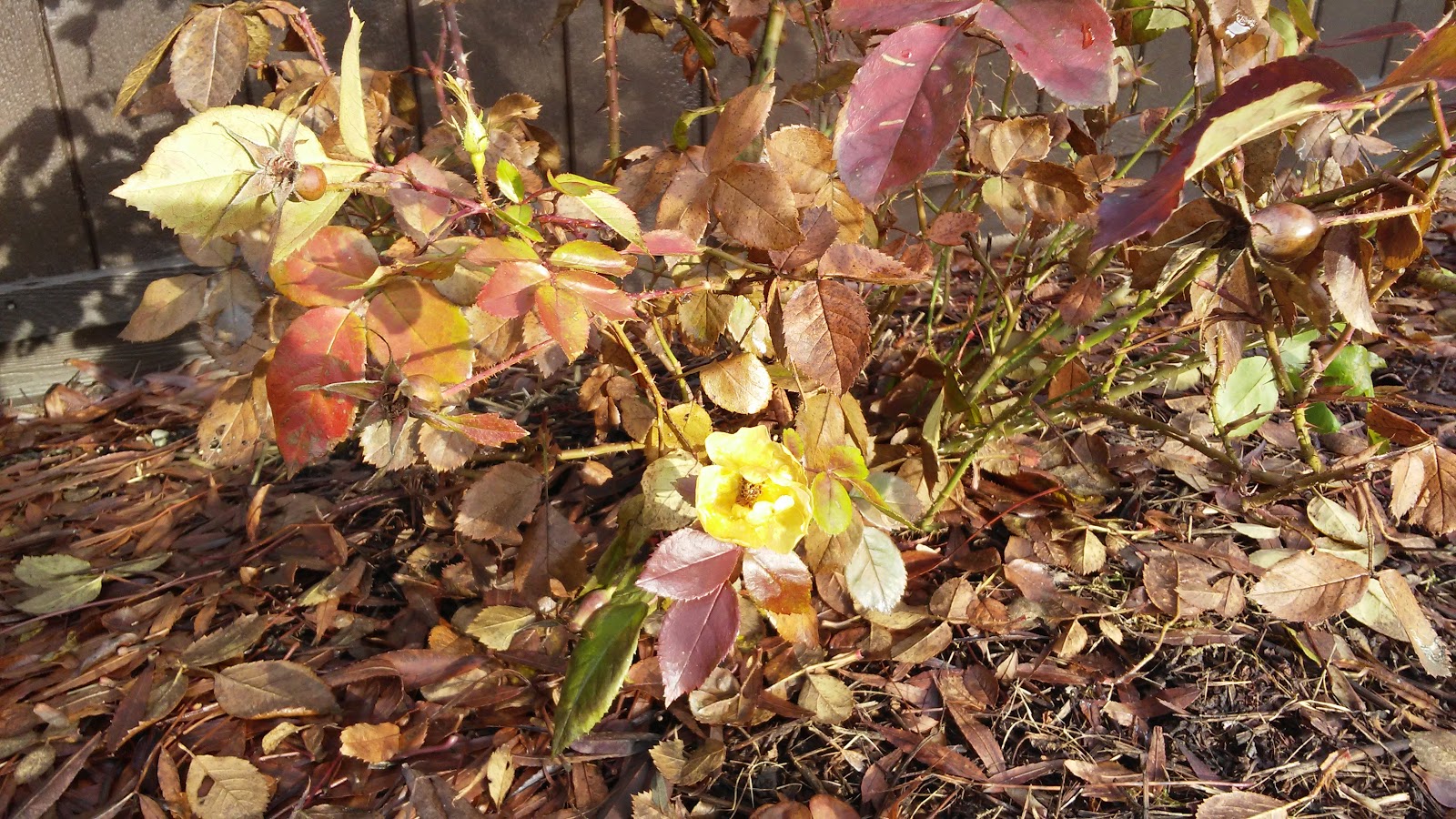 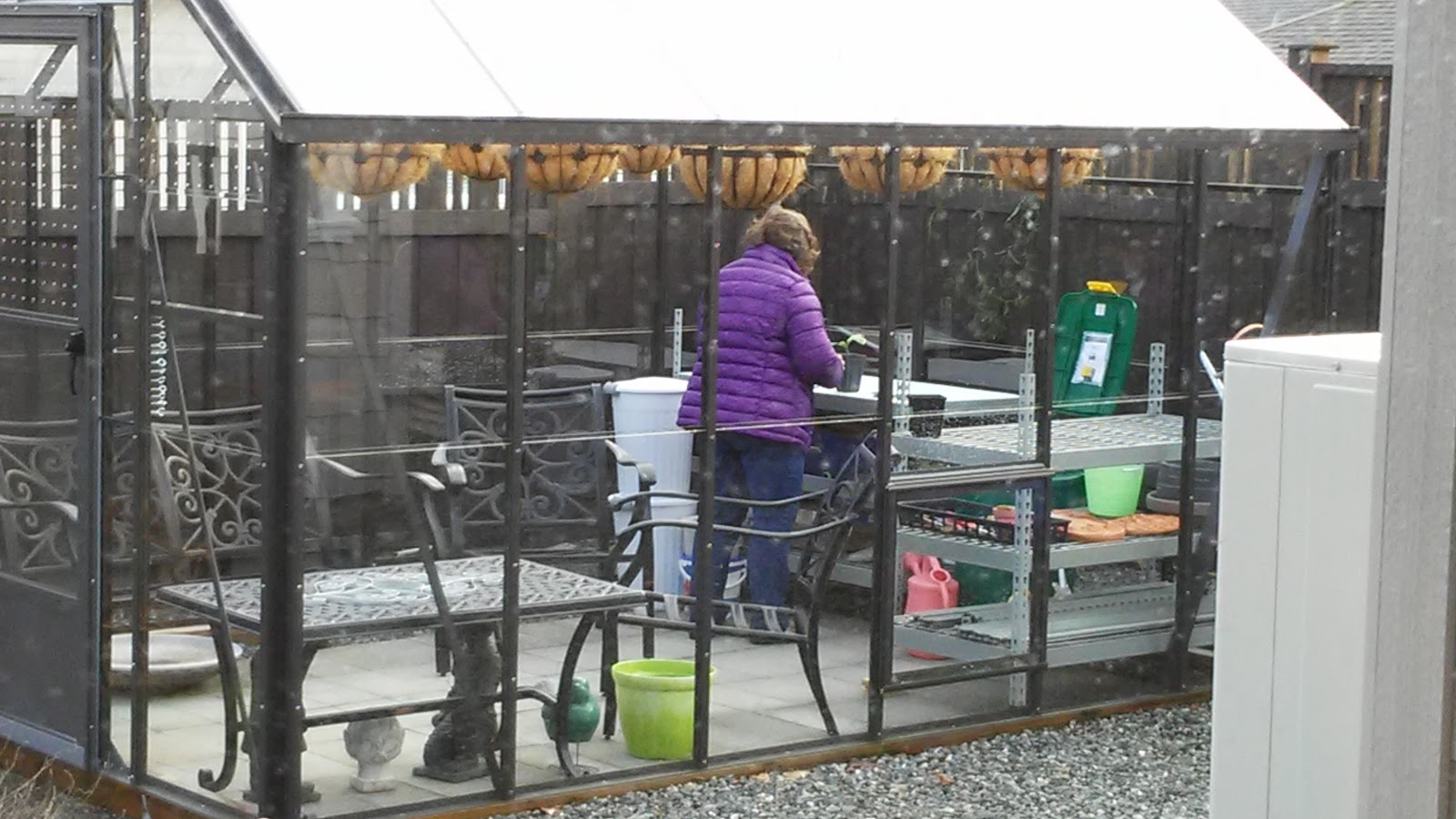