To remind you of my last blog post I had just finished threading my loom with 2/6 black cotton for two table runners.  For the first runner I was able to use the original weft that I had intended to use.  The weft is 2/5 perle cotton in a stunning dark ecru/sand beige. 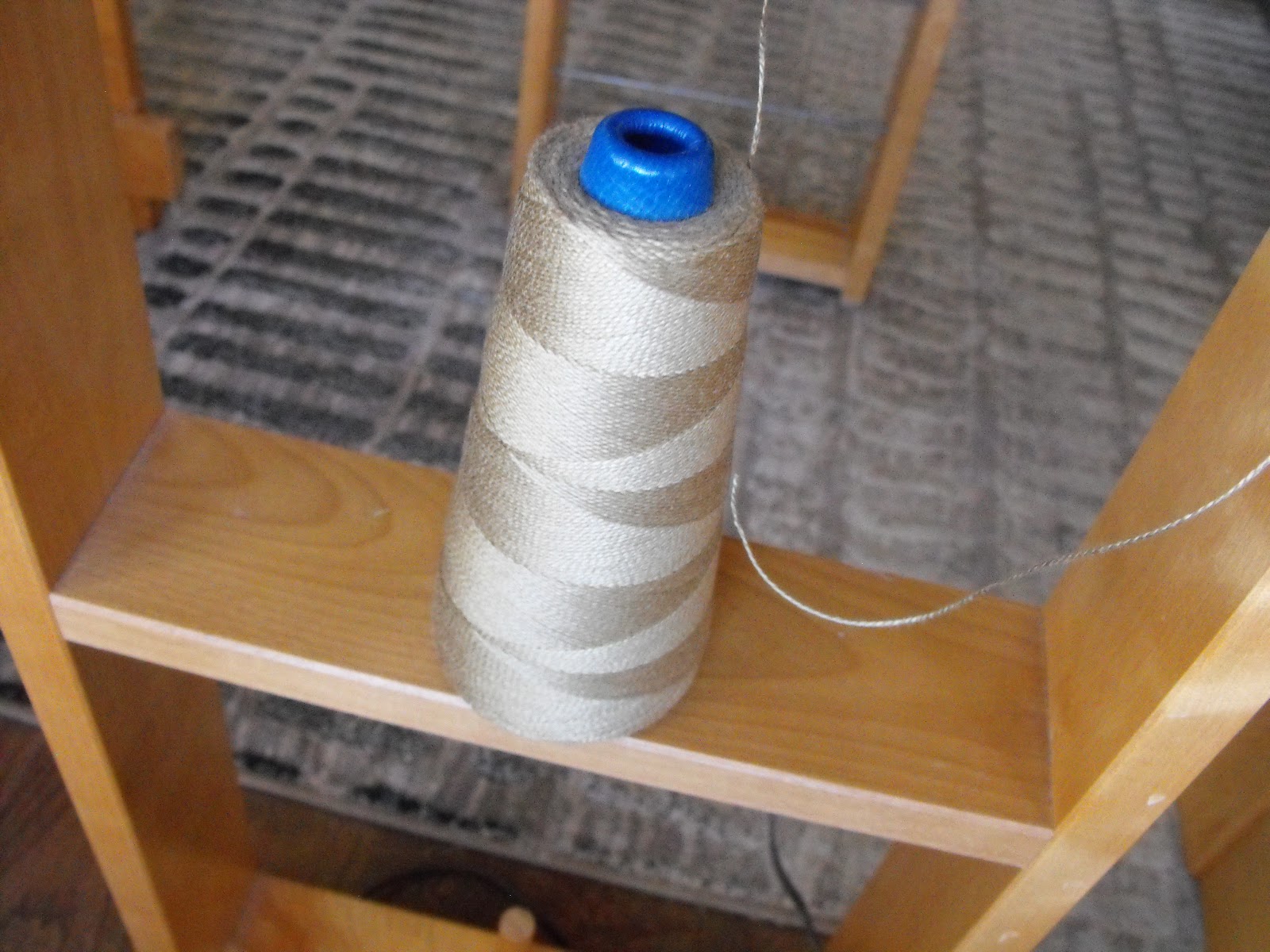 The pattern is a 12 harness twill pattern that has lovely large circles with large diamonds surrounding them.  I do enjoy weaving circles!  The runner wove up quickly with the large grist of yarns. 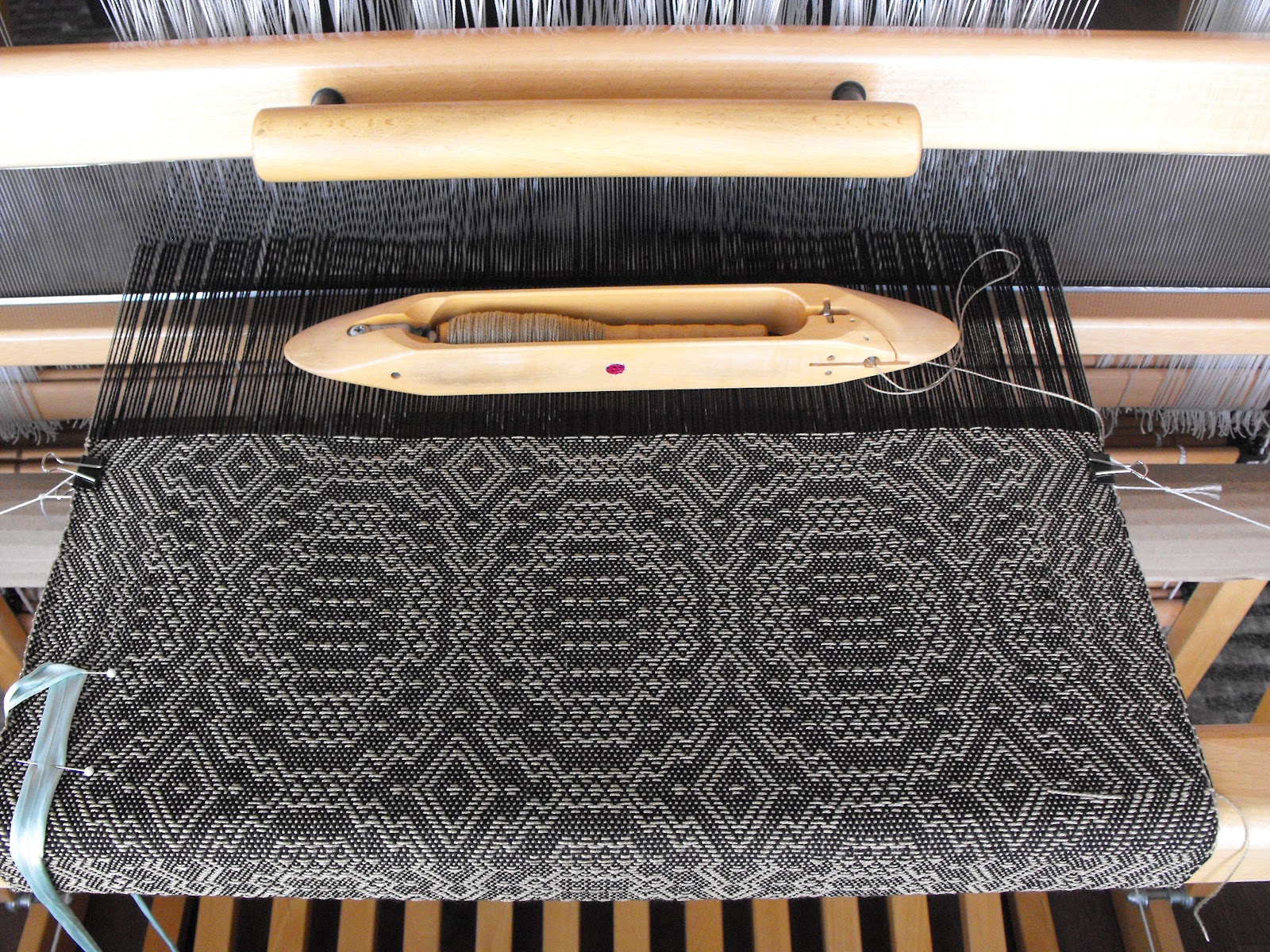 When I nearly reached the end of the runner I had to decide if I had enough warp to squeeze one more repeat.  The pattern repeat is a little over 6 inches so I would have to ‘steal’ two inches of warp from the next runner.  I chose to go for it. 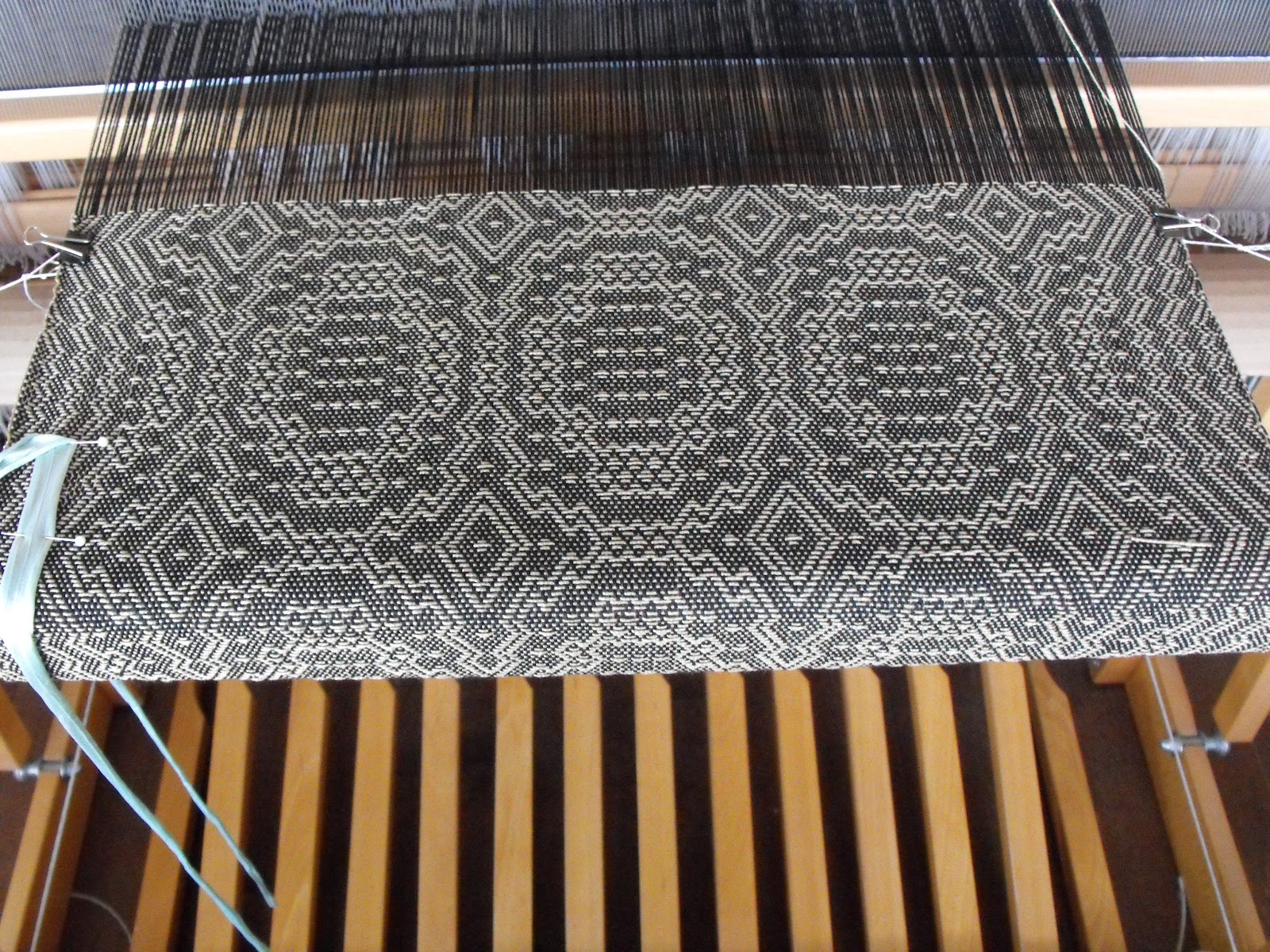 For the second runner I dipped into the stash and found a lovely pink rayon.  I took a bit of a risk because I know that pink can be a hard sell. 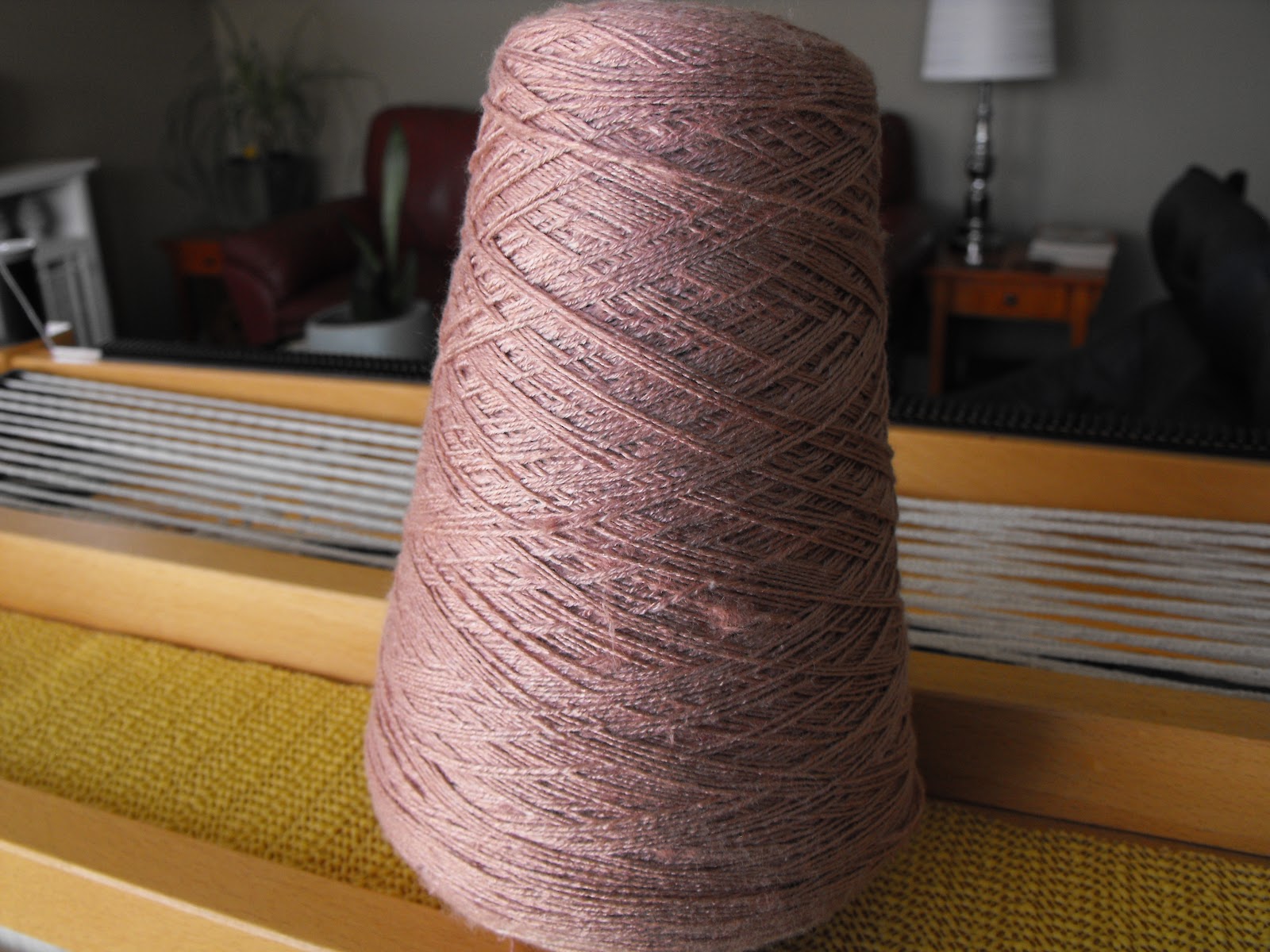 I wove most of the hem and the colour is lovely but the yarn has fuzzy bits and lumps which just didn't suit the high quality look I was going for. 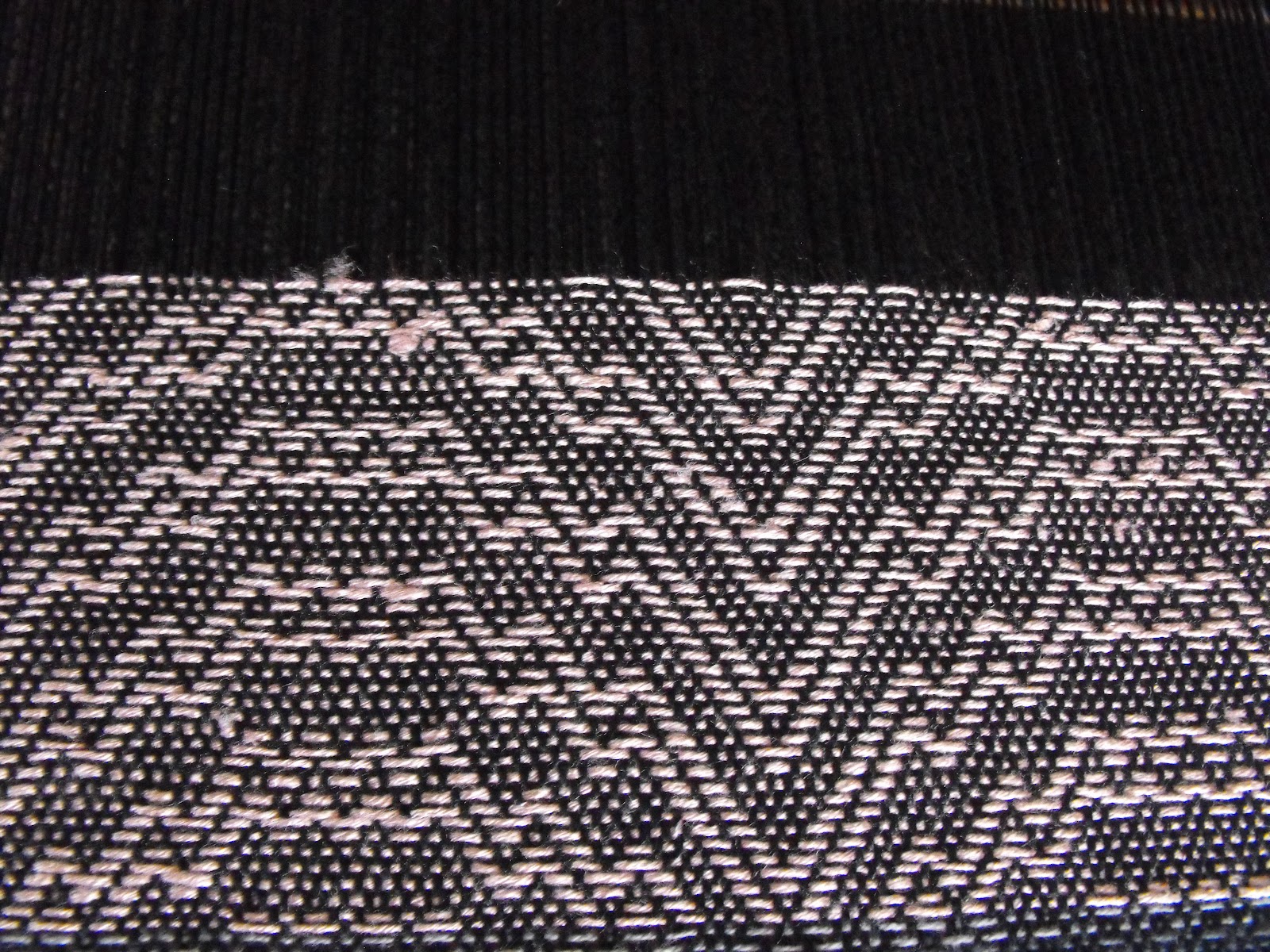 I thought that it might be just be damage on the outside of the cone so I filled two more pirns but they are just as fuzzy and lumpy.  So I pulled out the pink rayon and went back to the drawing board for a new weft. 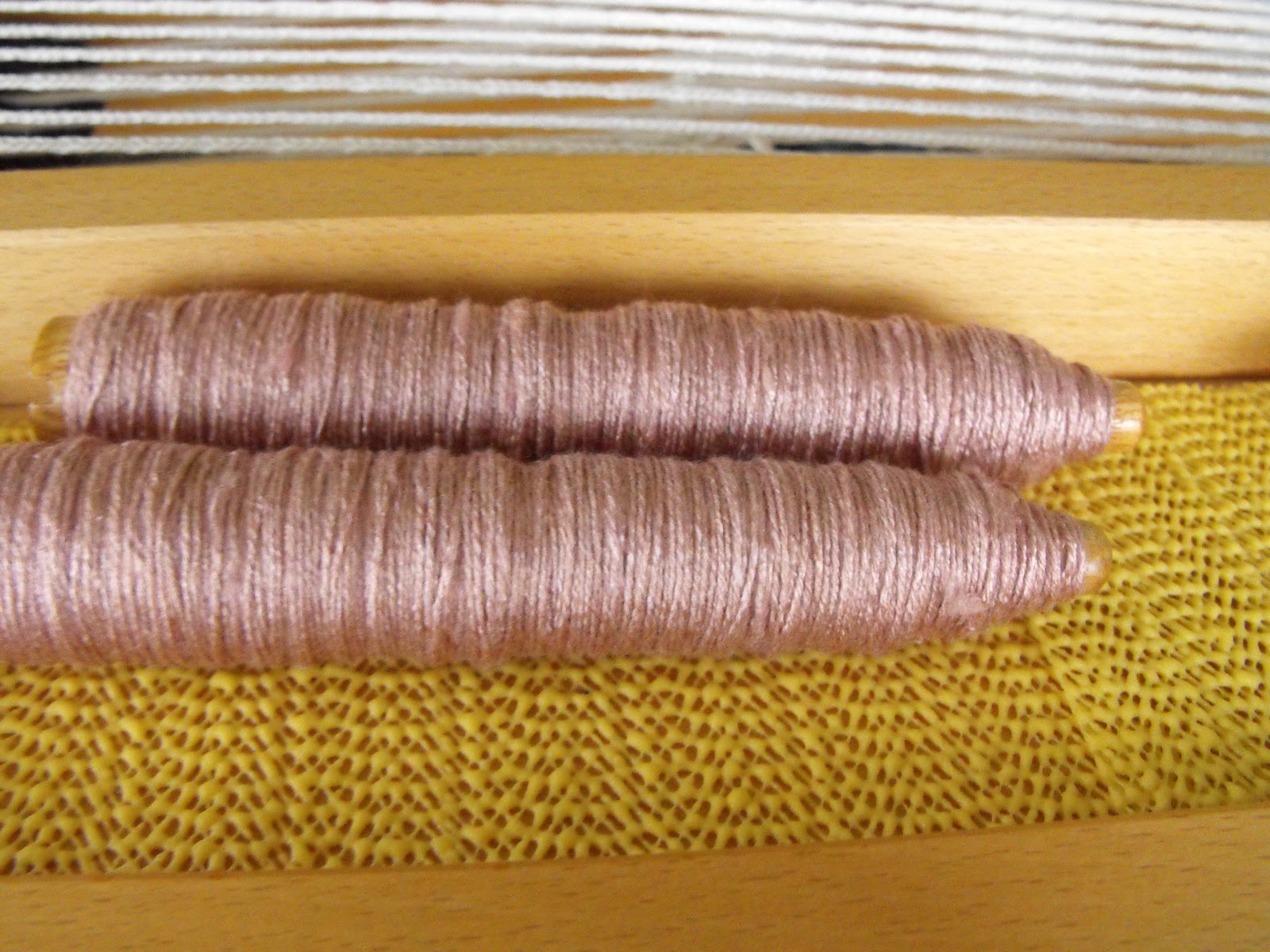 I tried a 3/10 cotton in true gold which worked but it seems a little brassy against the neutral beige of the first runner. 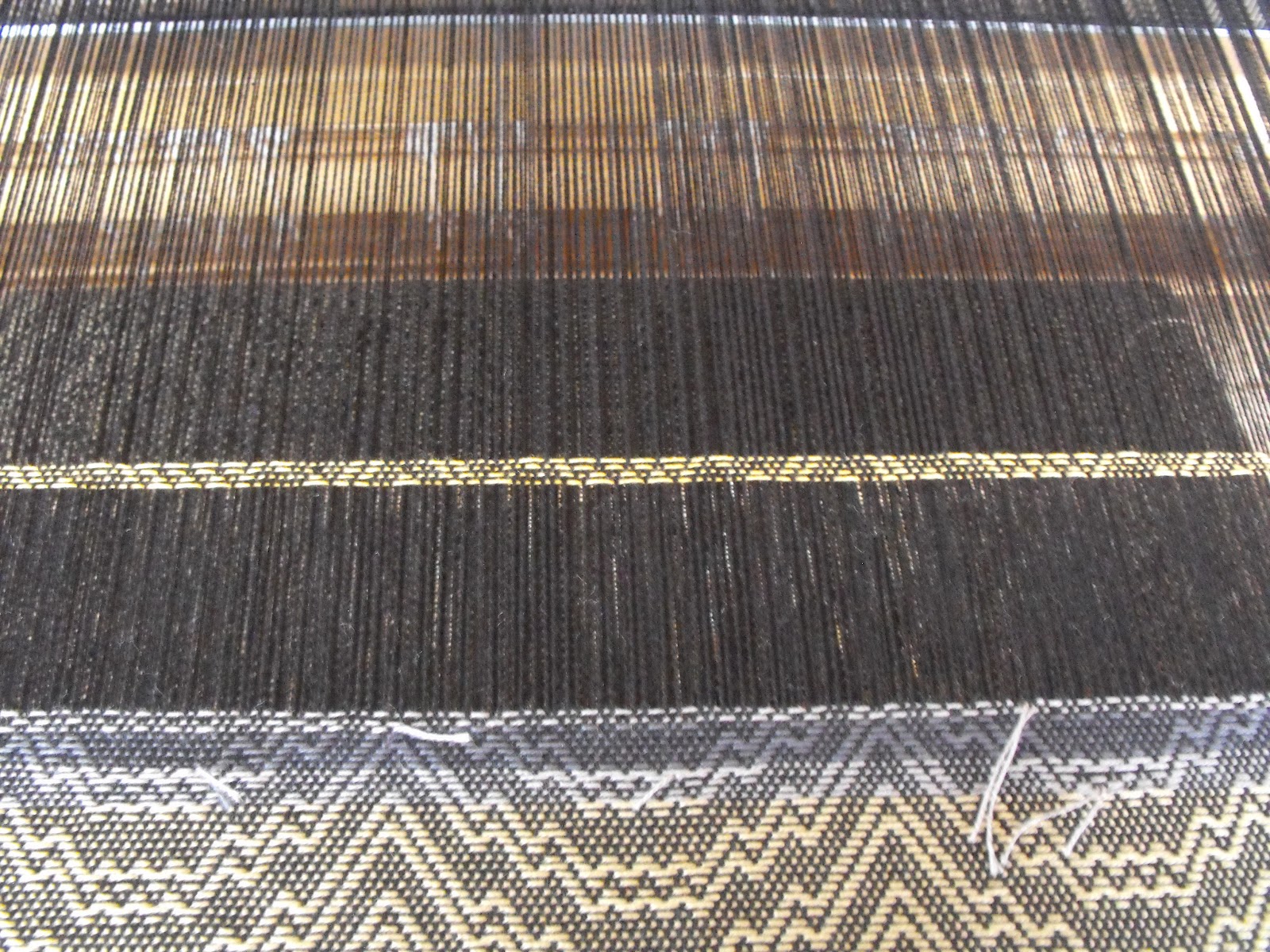 But I went for it anyway!  And I’m glad that I did, it’s graphic and bold. 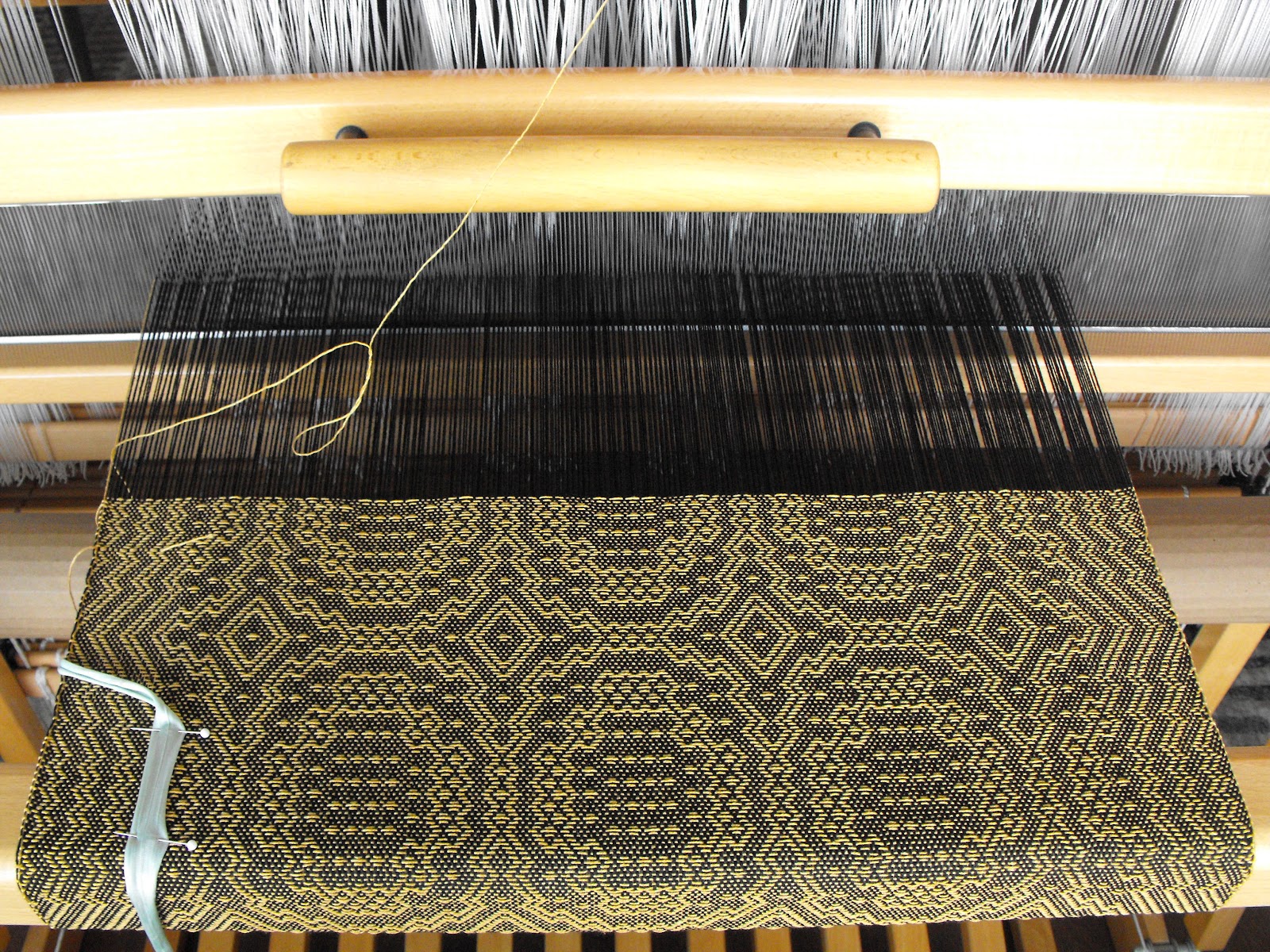 As I had stolen two inches to finish the first runner, I had to squeeze out the last bit of the warp for the second runner. 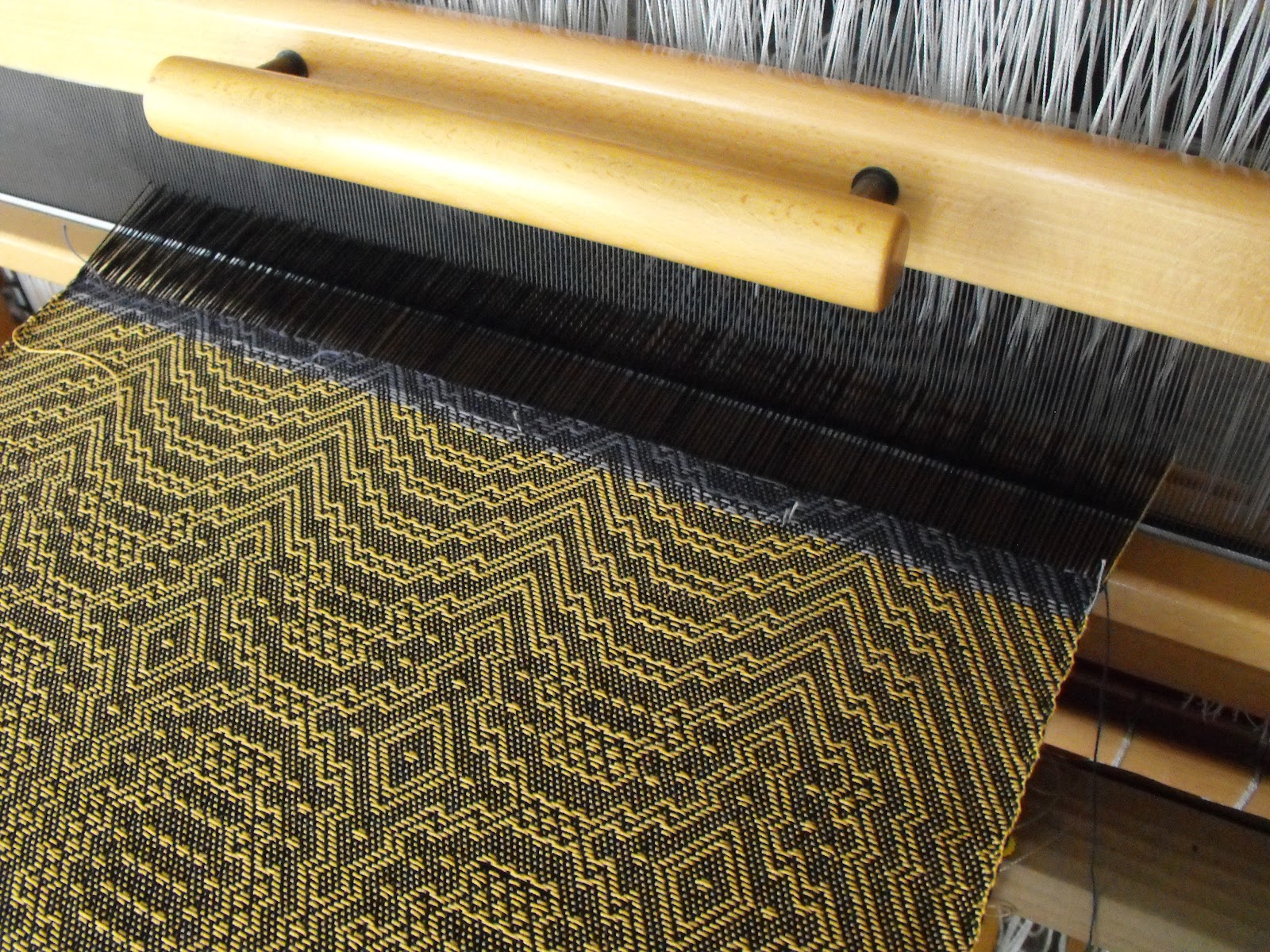 The warp beam was as tight as it would go against the heddles.  I think that I was only able to weave so close because I use a counterbalanced loom.  A counterbalance loom lifts and lowers the harnesses at the same time, which increases the shed opening. 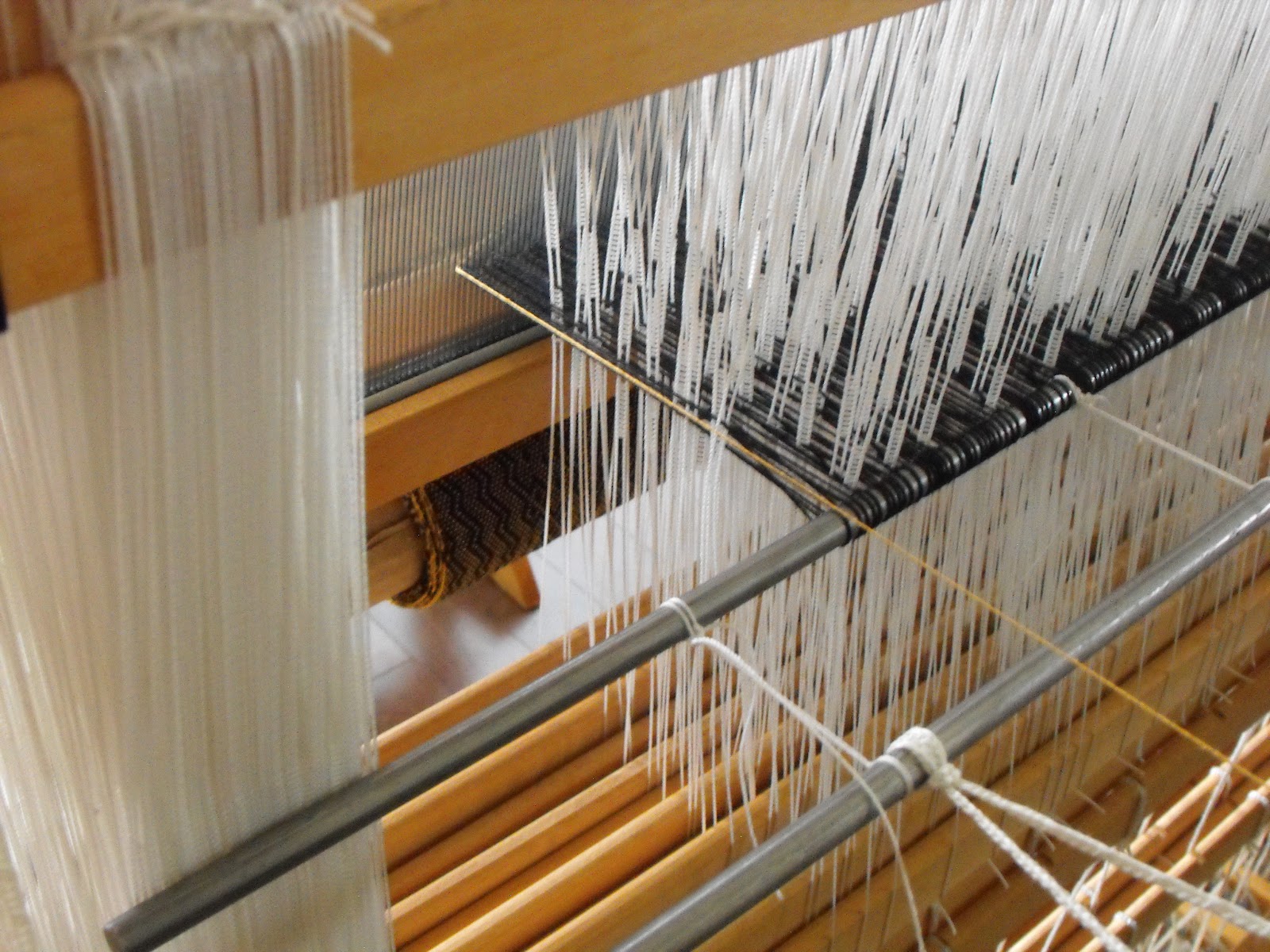 I haven’t quite finished the runners, I still have to hand stitch them but I took some beauty shots anyway.  Please ignore the pinned hems.  The first runner is black and sand beige, a classic neutral colour combination. 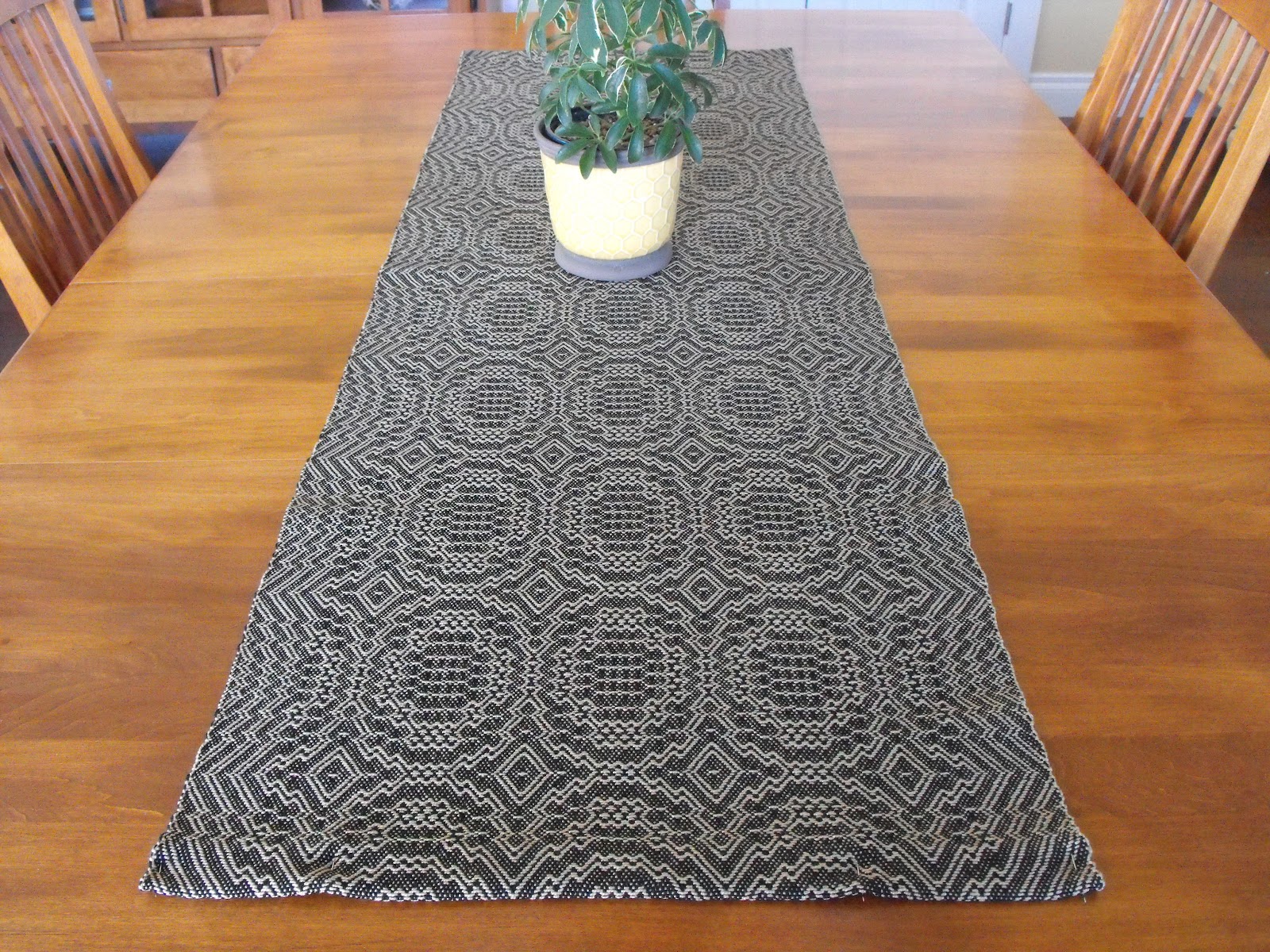 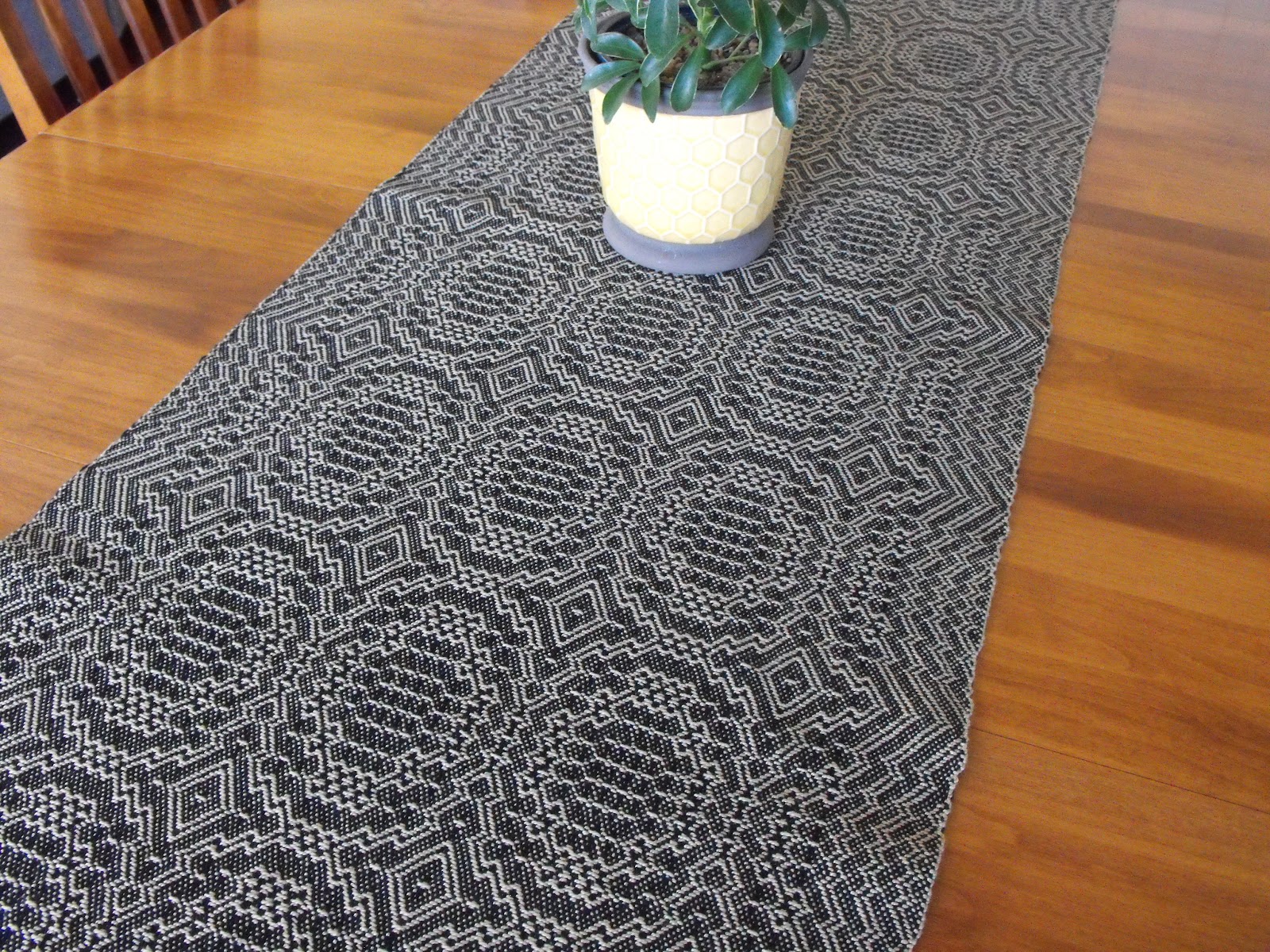 The second runner is the bold true gold and black.  The large scale of the pattern just pops! 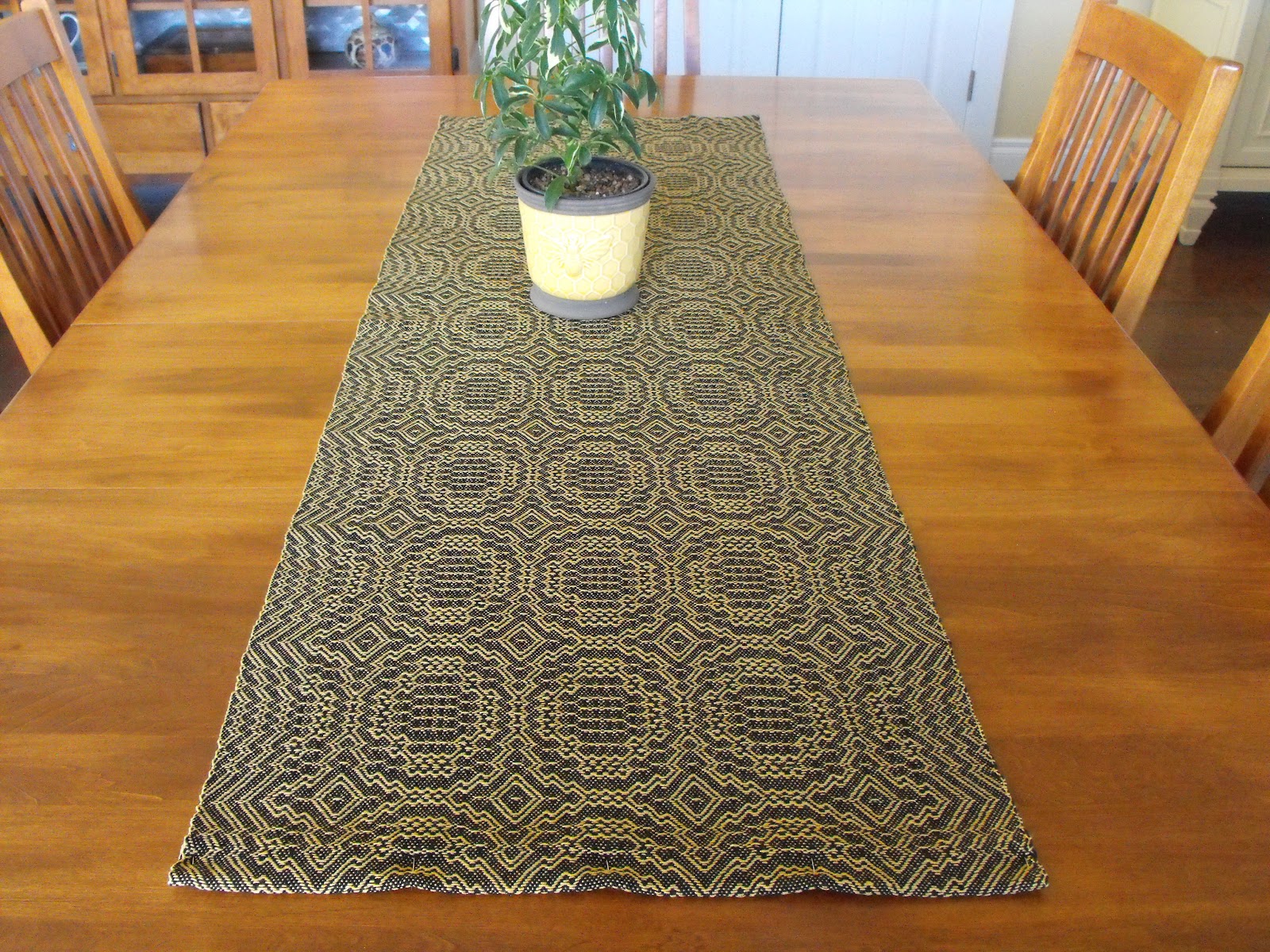 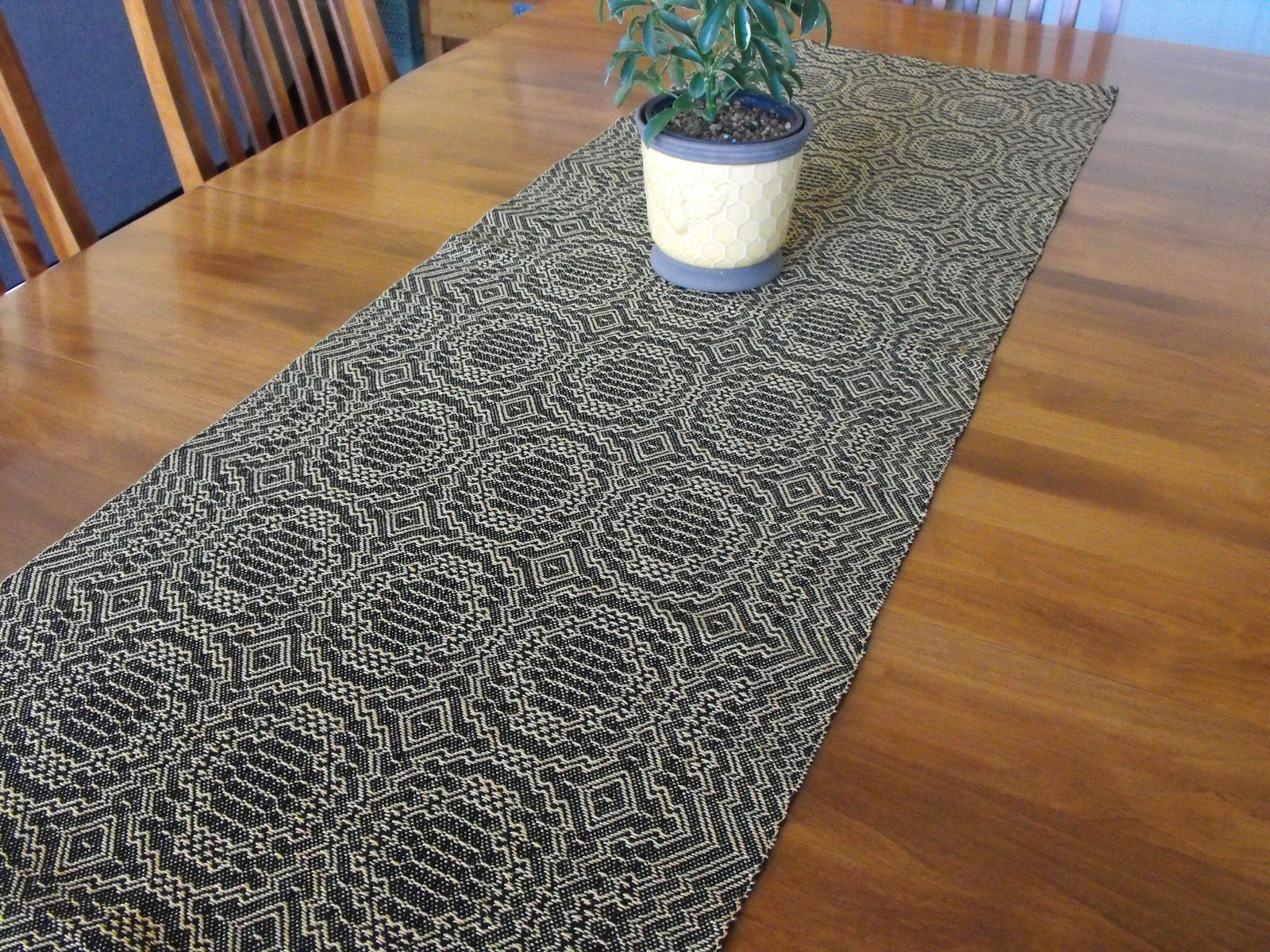 One thing that I was surprized about by these runners is that I didn’t really like the other side of the runners.  The pattern on the under side is warp faced and as I had used the black cotton for the warp the back is very dark and obscures the pattern. 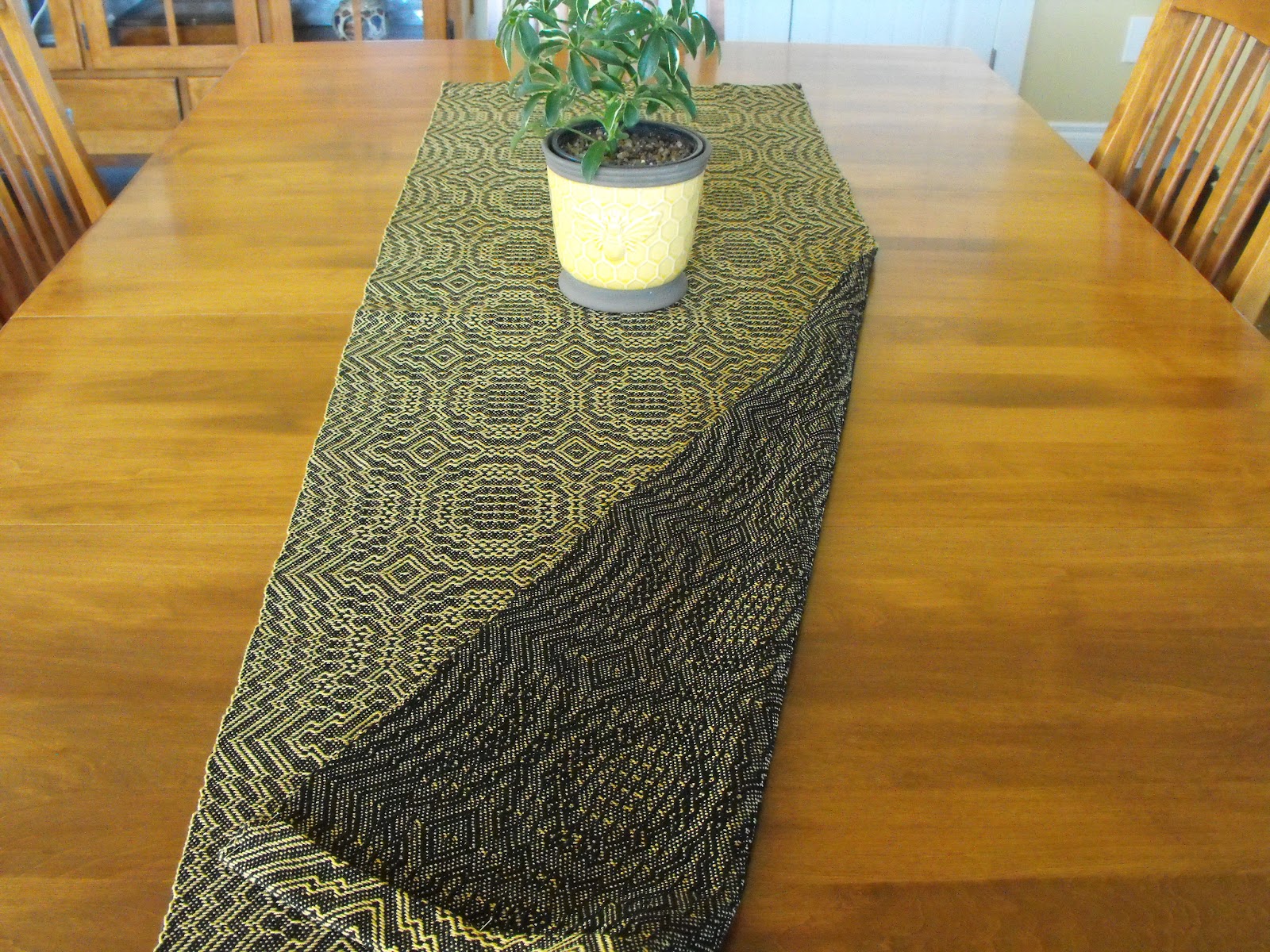 Final Garden Photo is blueberries.  They are starting to bud up and it feels like they will burst into leaf any moment. 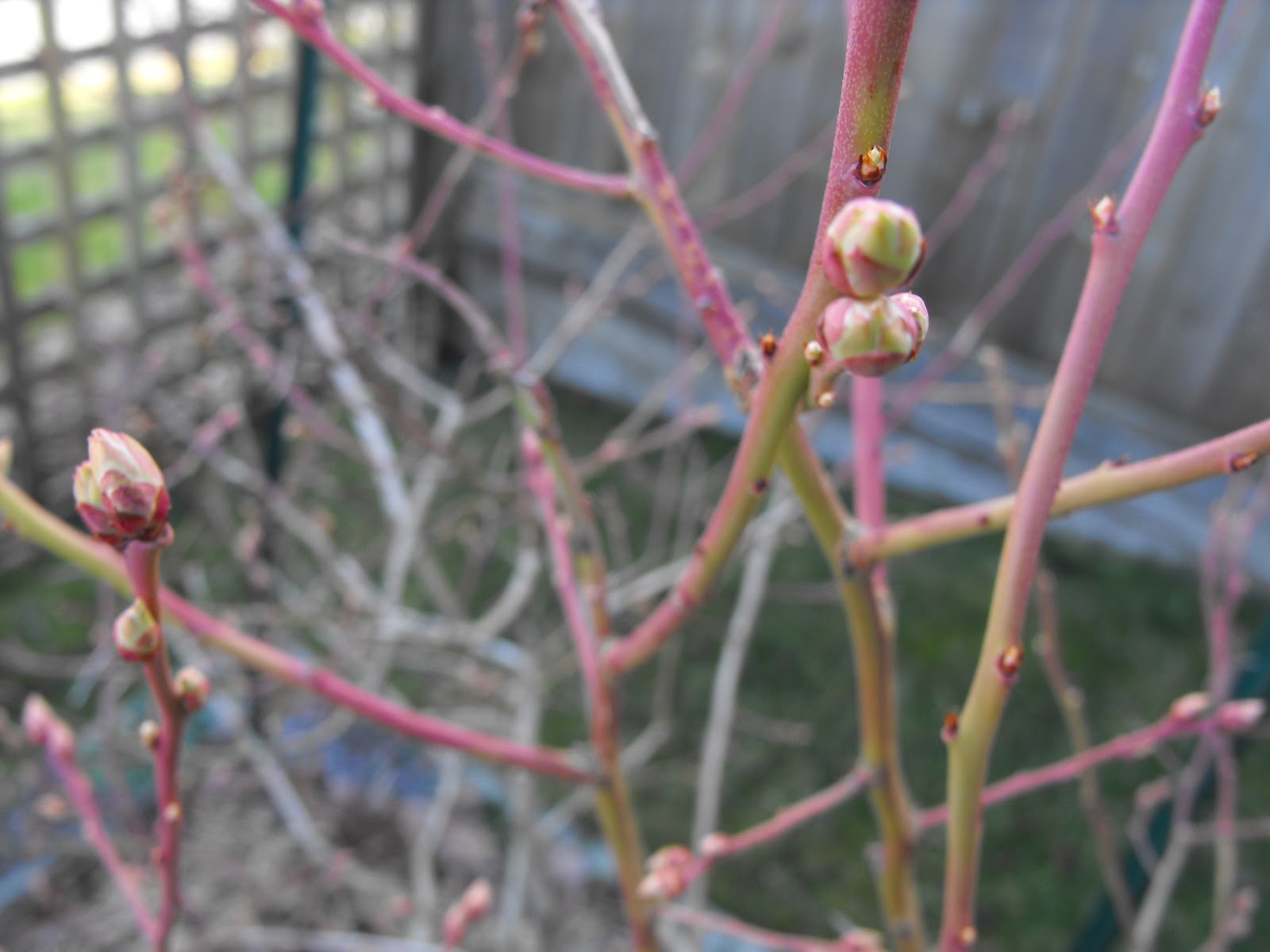 The runners are dramatic and striking.