I’ve been looking at some of my original designed drafts so that I can put them up for sale on my Etsy store as PDF patterns.  I found a draft that I first wove in 2010, a 12 shaft snowflake twill  and I’m just as charmed by it as I was in 2010 so I decided to weave it again!

I put on a warp of 2/8 charcoal grey Tencel; there is enough for two scarves.  One of my favorite views is from the back of loom looking at the pattern that is made from the threads going through the heddles. 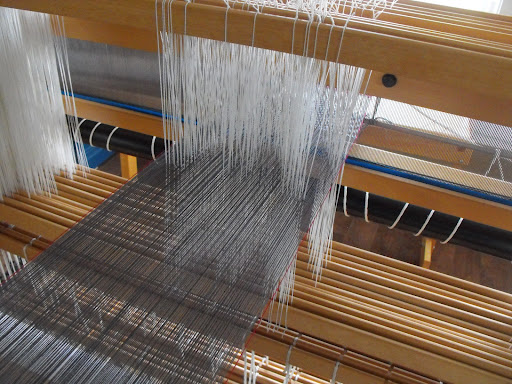 The weft for the first scarf is going to be red but picking the shade was tricky.  I looked at Tencel in burgundy, scarlet and spice. 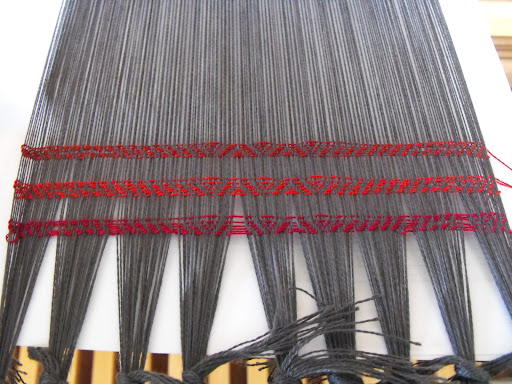 I went with the burgundy, which is a lovely dark red.  The motif is a large double pointed compass star running the length of the scarf.  Gorgeous! 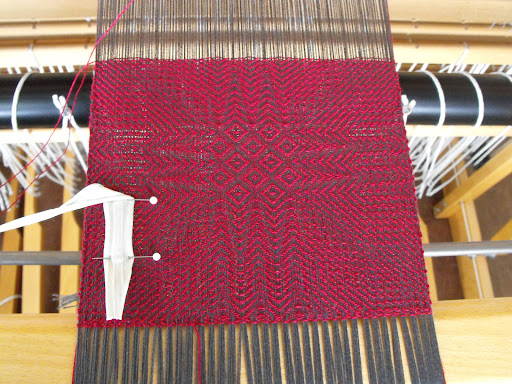 The burgundy scarf wove up quickly and I was soon getting ready to weave the second scarf.  I use 1 inch metal venetian blinds as spacers between the scarves and the pattern that was highlighted by them was worth a photo. 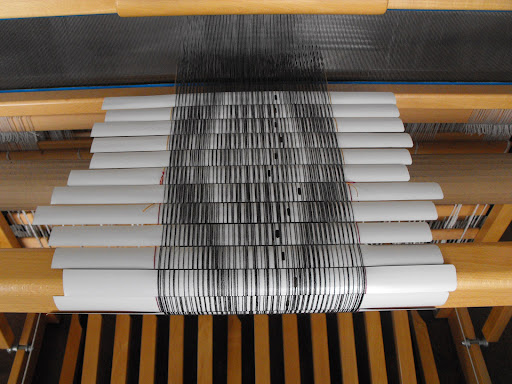 For the second scarf I wanted to use gold so out came all the yellow Tencel.  I tried old gold, gold, straw and taupe.  I went with the gold. 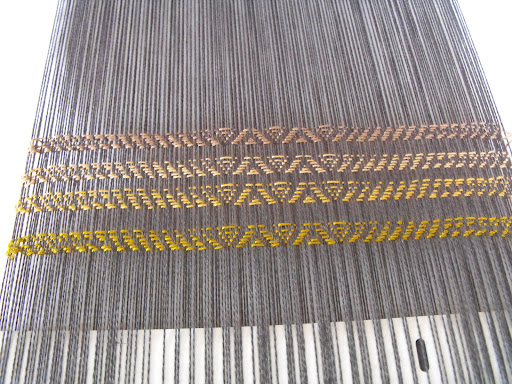 I changed the treadling and the star now has three points and a slightly different diamond table in the middle.  It is really pretty. 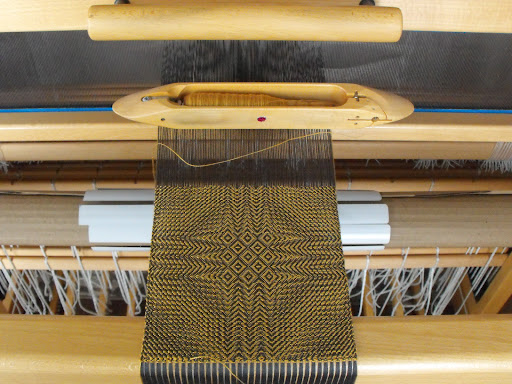 The scarves are finished and up on Etsy.  Here are some beauty shots of the burgundy and grey scarf.  For Sale. 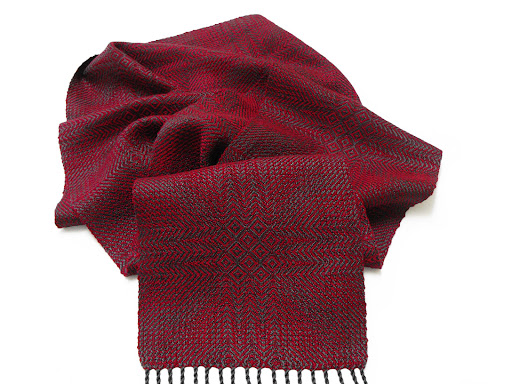 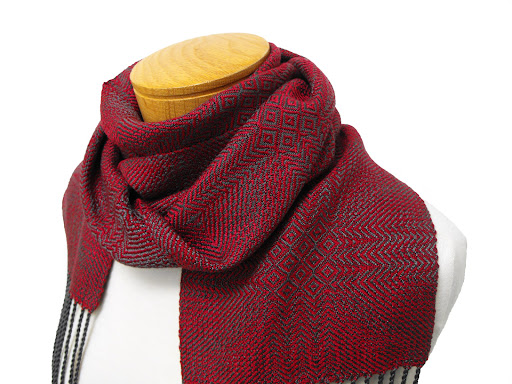 The beauty shots of the gold and grey scarf are below.  For Sale. 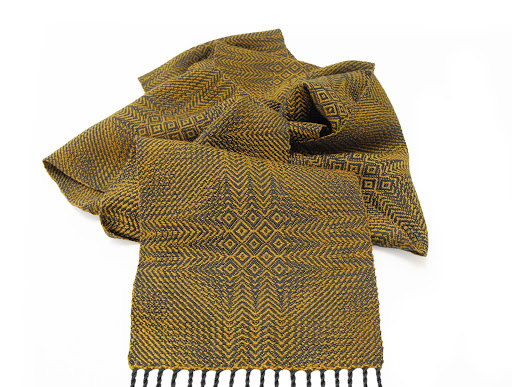 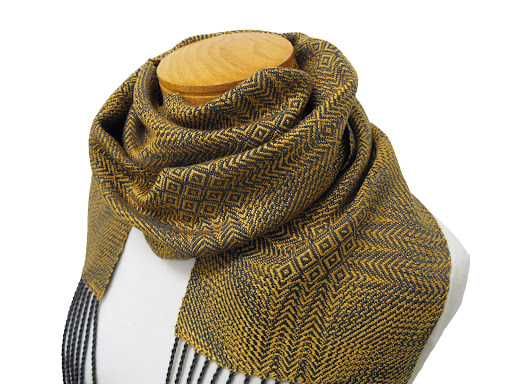 If you are interested in the weaving draft it will be available soon.

The weather has been wild for BC the last couple of weeks.  Final photo is one weather front moving out and the next moving in, part of the series of atmospheric rivers that paraded across the province.   Our area of Vancouver Island was on the outer band so didn’t get a lot of rain or flooding but we are feeling the effects of the washing out of the highways and towns.  We have gasoline, milk and egg rationing here on the Island. 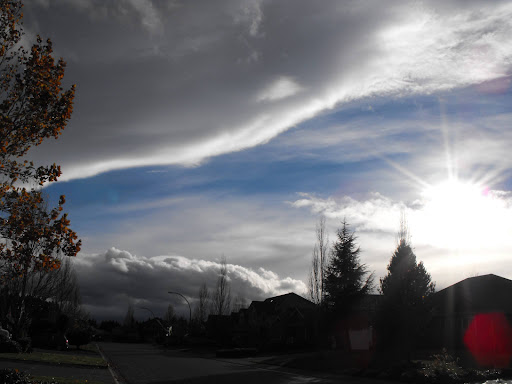