The Last of the White Linen Table Runners

This white linen table runner warp was as boring to weave as I’m sure it is boring to read about.  This table runner warp was a repeat of runners that I had just woven but the originals had a threading error in warp so I thought that it would be a good idea to reweave them.  Well, I couldn’t really get excited about the runners so everything about them took a little longer to do.  This is the last runner which was woven with clear blue cotton and it is really pretty.  (I have to keep saying that so that I can finish them!) 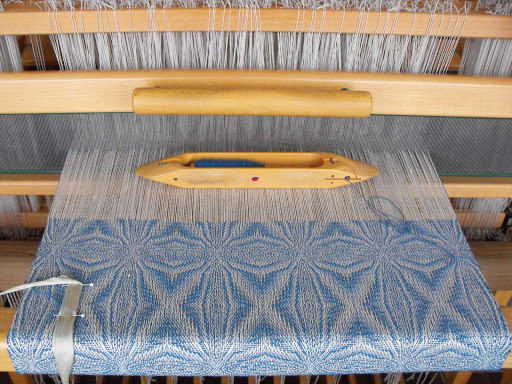 Just like the first runner from this warp I finished weaving the runner just as the pirn ran out of thread.  Totally winning the weaving game! 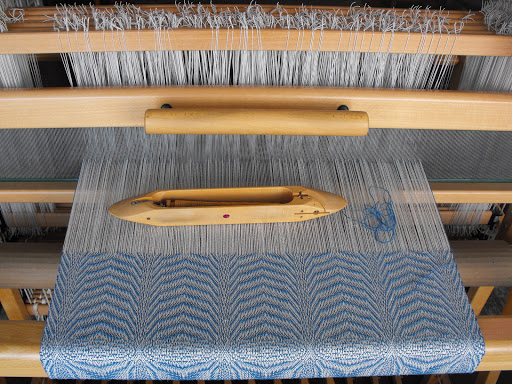 I washed the runners and was able to air dry the runners outside last week.  It has been a warm and mild winter this year but that changed this week as we have had an Artic outflow over the island so we have been 5 to 10 degrees colder than normal for this time of year. 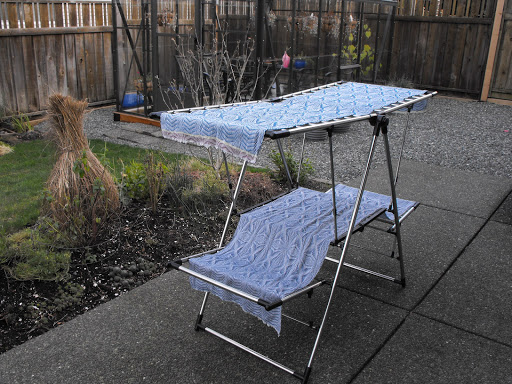 One of the benefits of the cold Artic air is that it tends to be sunny so I was able to get some product photos done of the table runners for the Etsy shop, WovenBeauty.  They will be up for sale sometime next week. 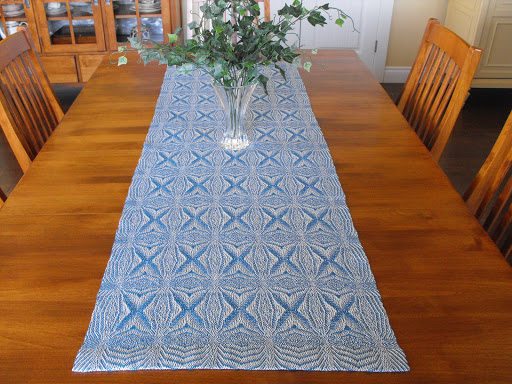 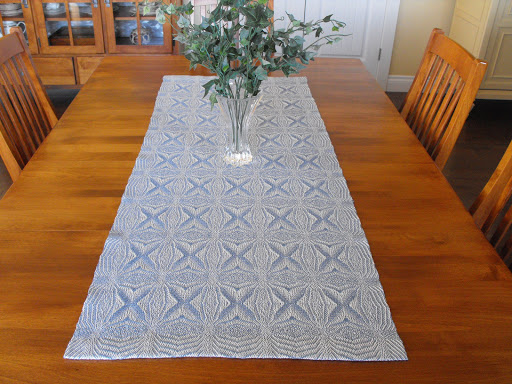 The last three days we have been walloped by a large snow storm, so far we have about 2 feet of snow.  The snow is heavy and sticky so it perfectly outlines the branches of the trees and shrubs, so pretty! 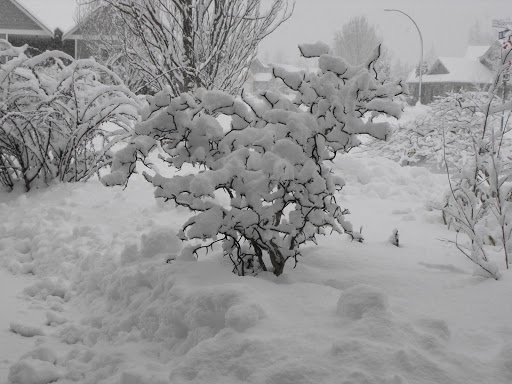 I had thought that I would be showing you a picture of daffodils in bloom; here is a photo of the daffs just 5 days ago, now they are buried under feet of snow!  I really hope they survive the heavy wet blanket sitting over them. 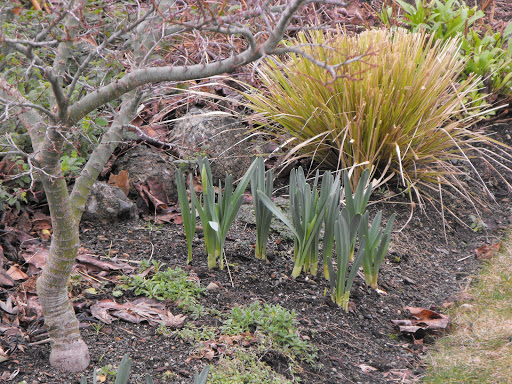