This is the last hand dyed Tussah silk warp that I have to weave.  It is a lovely denim blue and a soft grass green. 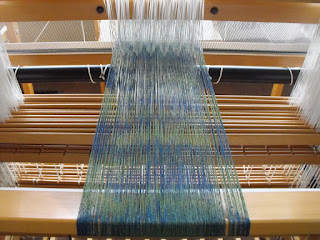 It is a colour way that I have used before with great success so I grabbed the same weft that I had used for the other scarf.  The weft was a pretty dark teal Tencel but it looked terrible next to the green.  The tussah silk took up the dye different from the Bombyx silk that I had previously used. 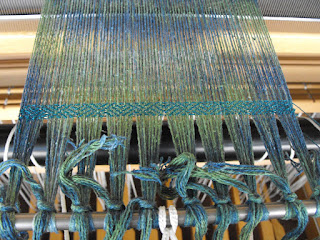 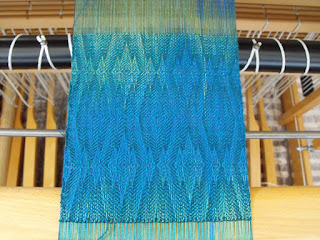 So I audition some other weft colours, a couple of different shades of blue and green.  Definitely the winner is the navy blue. 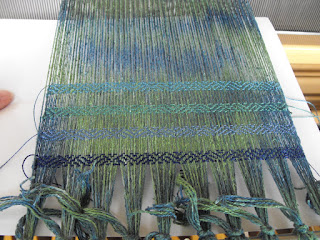 I used the same tie up as the silver scarf from the previous set of tussah silk scarves but I changed the threading and the treadling.  I like being able to change something in the draft but be able to reuse one of the elements. 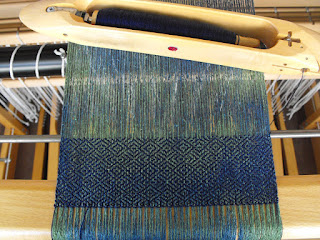 This is a gorgeous scarf.  The different interlocking diamonds of the pattern are really stunning.  I also like the play between the matte tussah silk and the wonderful shine of the navy blue Tencel. 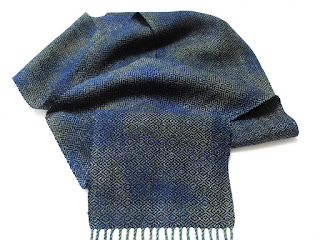 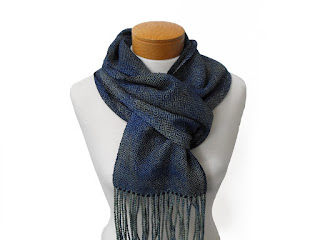 The final garden shot is a close up of the Prostanthera rotundifolia 'Australian' commonly called Australian Bush Mint. This has a wonderful rosemary/mint smell and the flowers is huge compared to the leaves and very orchid-like. We are hopeful that it will overwinter, so fingers crossed. 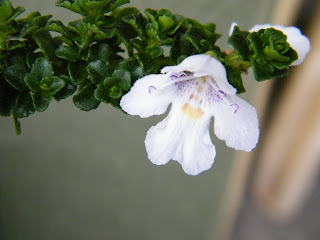 Wow - the 2 silks certainly did take up the color differently! I wouldn't have expected that.