I have actually got a scarf warp on the loom, woven, washed, twizzled and pressed within three days! In an effort to be completely transparent, Ngaire actually did the twizzling and pressing. 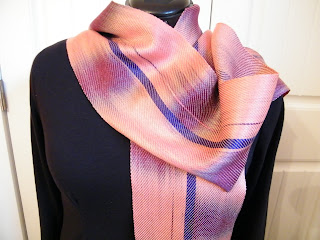 This is so very unlike me it’s scary; my last warp of four tea towels sat on the loom for months while I found many a reason not to weave! 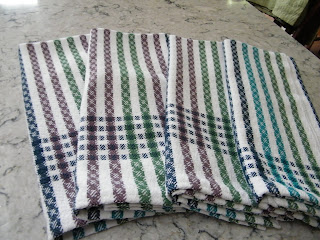 Yup, ‘one of these things is not like the other’....thank you Sesame Street for that little ditty.  It had been so long since I last used my tea towel template I forgot when to start the stripes, yet another grey moment. 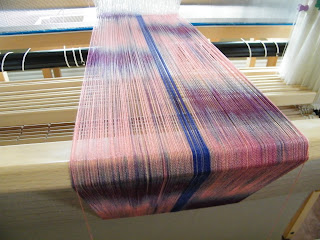 I pulled on one of the pre-made hand painted warps that I prepared last summer, and frankly, I’m not sure what I was thinking when I made it.  The warp is based on sea coral 2/8 tencel; to which, for some unremembered reason I added a blue stripe before I painted it!  Why oh why?  And to make matters even worse I made two sea coral warps with blue stripes! 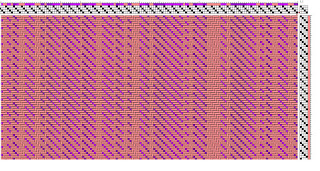 My next conundrum was choosing a pattern, it is such an unusual warp that I decided to keep it very simple and I chose to do a four shaft 3/1 twill. 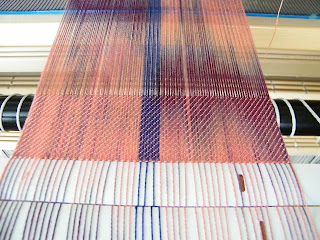 This gave me the full show of the painted warp on one side and the weft predominant on the reverse. 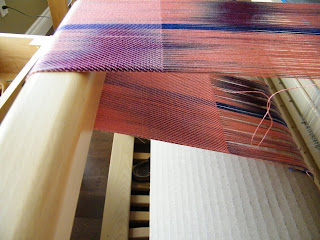 I chose the same sea coral tencel for the weft in hopes of allowing the dyed side to dominate.
Dressing the loom was wonderfully easy, no long reach for that 12th shaft and a straight twill threading.  It was a real joy and went on really quickly. 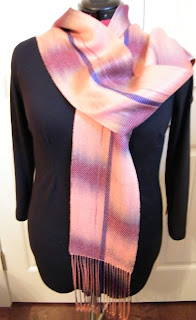 I am thrilled with the result of this weave, although for some inexplicable reason it is really, really long!  The 3/1 twill had virtually no warp-wise take up. 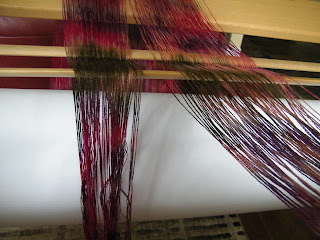 I liked this weave so much that I immediately pulled on another painted warp, this one is loaded with colour in moss, magenta and purple on the same sea coral base.

Its raining outside as I write this, so no garden shot today, but here is a real beauty shot. 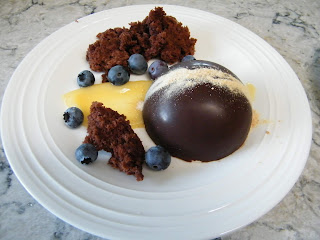 This is a tempered chocolate dome, filled with lemon cremeux, sitting on lemon curd with chocolate sponge, blueberries and roasted lemon dust!  Yup, it was totally yummy!  This just proves I watch too much Masterchef Australia! 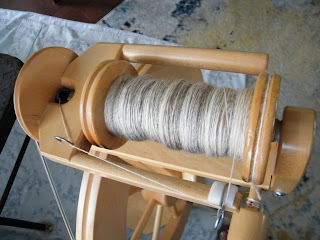 Not quite as pretty is my first days spinning for Ravelry's Tour de Fleece.  I am taking this really seriously and have promised myself to finish the Gotland fleece by the end of the race.
Posted by Lynnette at 9:59 AM