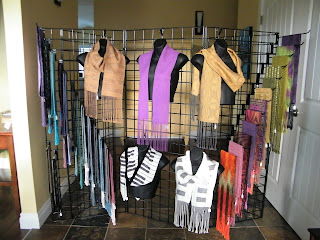 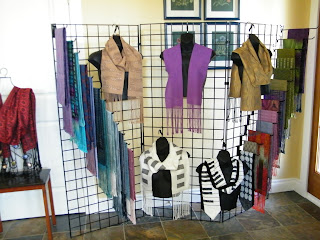 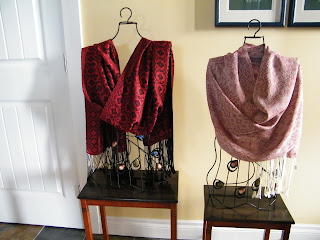 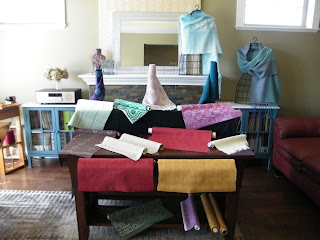 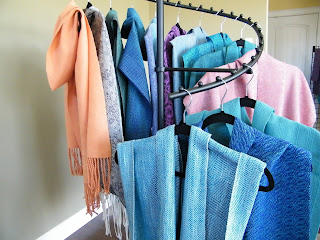 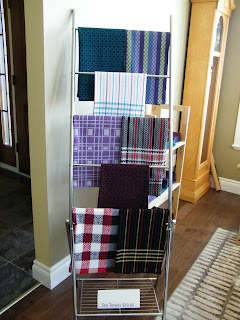 We learned so much by doing this event and would change only a few things.  The rack that held the scarves needs to be modified so that the scarves hang forward facing, rather than side on.  I will switch the scarf rack and the table linen display as the scarves are more exciting and need pride of place and the table linens are a bit static.  I would also hang fewer scarves and give each one more space.  Our statistics for the sale are very encouraging, every fourth person bought something and they all used credit cards.  Thank goodness for the Square Reader. Now the trick for next year is to have more people find us!
Posted by Lynnette at 5:14 PM

Everything is displayed so beautifully - how wonderful that it was such a success.

The studio display looks fantastic! Love the colour groupings and abundance of stock...
Next year you will do extremely well now they know you are on the route.

Well done. Lovely to see so much of your work on display and well done on the sales.