Flushed with the success from Polychrome Crackle Echo I had a really cool idea.  Echo is an extended parallel threading, which is two different twill lines (or crackle) are interleaved together.  So it is kind of like two different scarves woven together, so what would happen if one of the threading lines was hand dyed splotches and the other a solid colour.  Well let’s find out!

I just happen to have a small bout of hand dyed warp, it is only 96 threads.  It is the sister to the warp that I used for this scarf.  The original plan was to use the two warps together but I couldn’t figure out a project that worked.  The warp is yellow Tencel with splashes of purple and turquoise.  The purple dye had broken around the edges into blues and one of the blues was very similar to Blueberry Tencel so I went with that colour as the secondary warp. 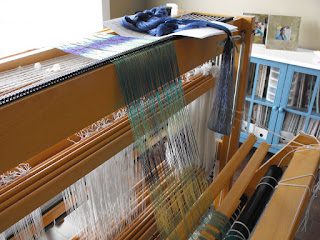 The hand dyed warp was already pulled so I had to pull the blueberry warp separately and layer them with two sets of lee sticks.  But Tencel is really nice to work with and I had no problems pulling on the warp.  The pattern is a simple 6 shaft crackle that I had used before and just loved. 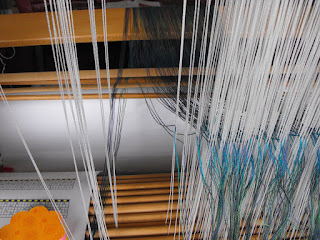 Next came the weft auditions, on the computer I had used a pale green and the pattern really popped. So I tried a green grey, silver and a dark grey.  Not so good. 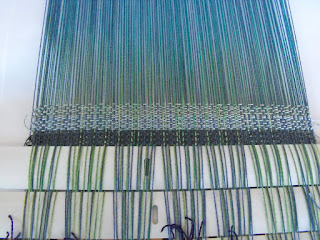 Second lot was yellow, bright blue, a darker green and a darker blue.  No options this time. 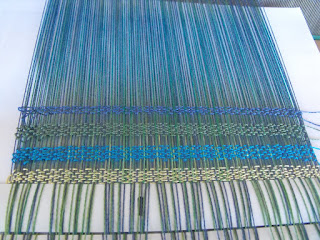 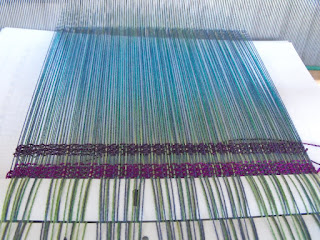 I found that the blueberry warp killed a lot of the weft colours, it acted like a shadow.  So I decided to just go with the blueberry as the weft and hope that the painted warp would pop.  It didn’t work; it actually looks better in the picture then it did in real life. 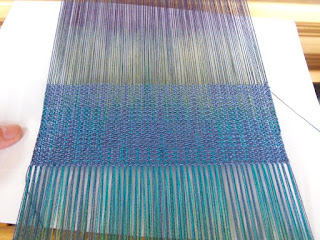 Also you can see the edges are bulging. 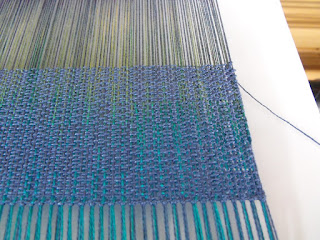 I unwove the blueberry and go back to trying a new weft.  Maybe black or white would work, nope. 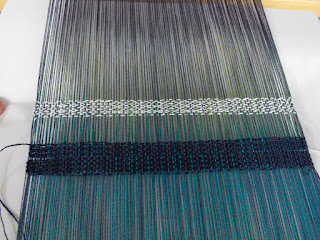 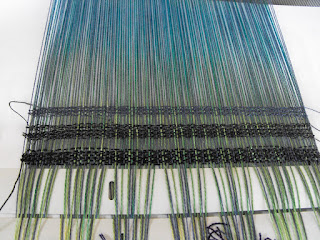 Next I tried yellows again in straw, gold, taupe and a different gold.  Nope. 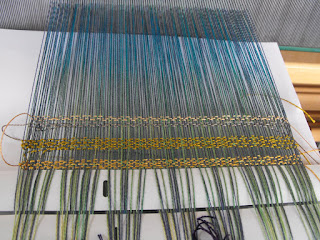 Next I tried greens again in pale green, teal and greyed green. 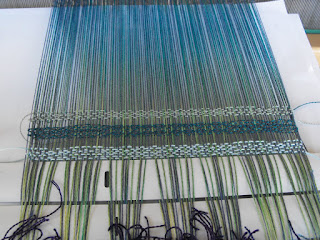 Nothing really worked but I had to make a decision because I was starting to make the warp fuzzy with the weaving and unweaving.  So I went with the greyed green because it worked when I used on the computer. 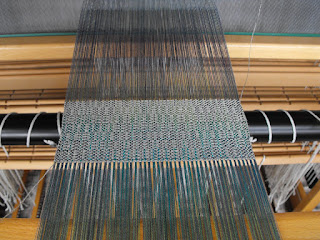 Nope.  And the edges were still terrible.  There was something wrong with the draft. 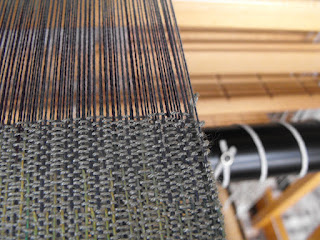 You can see the one thread that is the culprit. 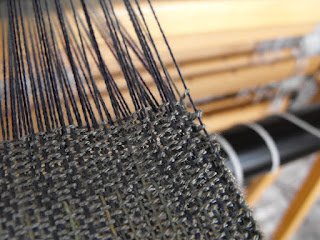 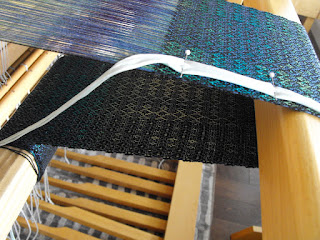 I just went for black as the weft because it was the only thing that could possibly work and it did. The scarf reminds me of the art paper with a black topcoat that you scratch off to reveal the colours underneath. 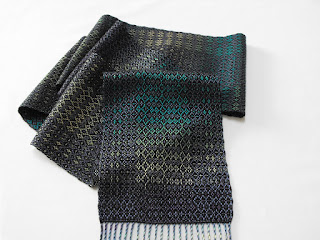 The scarf looks good even though it is not what I had in mind.   For Sale. 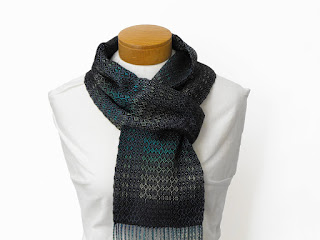 Final Garden Shot is a creeping rosemary that is just starting to bloom and some sunshine that we haven't seen in weeks! 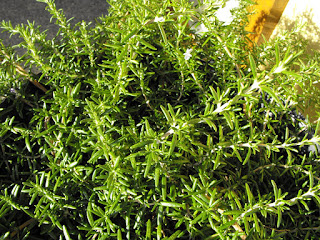 I see that you weren't weaving with a floating selvedge. Would adding one have eliminated your problem?

I agree with the analogy of the scratchboard.

The angle of the photo must of hid the floating selvedges, they were there. I always like use floating selvedges but this time the warp created a really weird angle. I'm not exactly sure what went wrong because I have used that crackle pattern before.

You mention that you fixed your edges with a threading change. Do you have any tips for a budding Weaver? My most popular production item is a tencel scarf but I can't seem to get the left edge right -loops everywhere!