As Mum said in a previous post we went through our inventory looking at the colours and how they played with each other. It was a really interesting process as we pulled the scarves out and kept rearranging them, for example, one of the scarves looked blue but when it went into the blue pile it looked green but with the greens it looked too blue. So we looked for solid colours that would help to build the story of the collection. 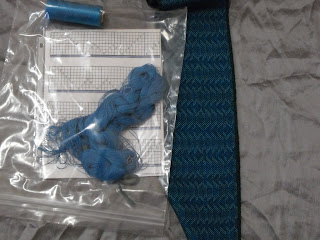 We also noticed that we don’t have a lot of lace weaves in the scarves so we are going to be killing two birds with one stone, using solid colours and lace weaves together. The scarf that I am doing is a Twill Lace in blue Bamboo weft and blue Tencel in the warp. I really like playing with highlights and tones as it adds interest to what could be a plain scarf. 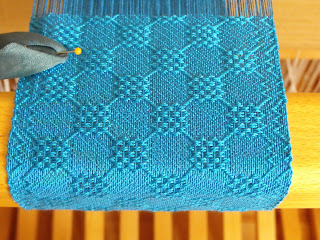 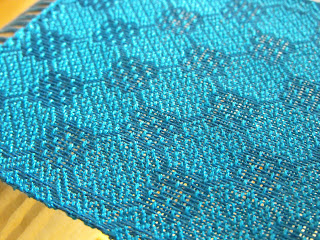 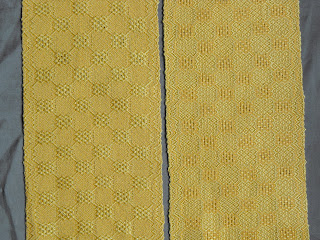 For the first time I had a problem with Tencel, the yellow one, we had bought a large cone and there is black machine oil marks throughout the cone, it was really frustrating as some of them are faint but once it is woven and next to other picks you can really see it. I spent a lot of time unweaving these marks. I did leave some of the fainter marks because they were hard to see but with light behind the scarf they could be seen (so after it was off the loom) but they have washed out which I am really thankful otherwise I would have a new scarf! 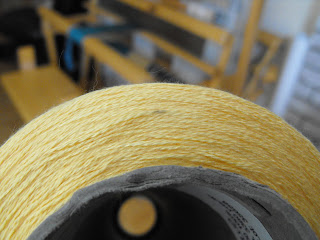 I am always astonished by the difference a hard pressing makes on the left the yellow scarf hasn't been pressed. The shine that seems to magically appear from beneath the steam press and the scarf now has a liquid movement. The pattern really pops after the pressing also. 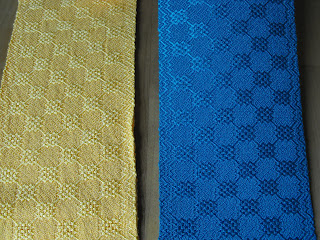 I love the play of colours with these scarves. The two tones of colour really bring a depth and interest to the scarves. Also I really love this pattern, it was easy to weave and so rewarding. It is definitely going to be a 'go to' pattern for me.

There is a little tree in the back garden that has a new nest by a Cedar Waxwing. She is the prettiest bird with a lovely black mask and the shiniest smoothest feathers. The tree is really special because there is also a Robin’s nest just a couple of branches below so the tree it is a now a condominium!

are you going to share the pattern? It's gorgeous.

The draft is from A Weaver's Book of 8 Shaft Patterns edited by Carol Strickler. The draft is at the top of page 36 #154.

Both scarves are gorgeous but I think the blue is my favourite.
Really a classic pattern!

Hi there - like Susan I prefer the blue scarf and I like the draft very much. many thanks for sharing the source with us, must go and look it up !