Twice as nice is the theme of these table runners, because it seems that I have to do everything twice!  I started these runners back in March and I originally pulled the warp for these runners at 5.5 yards but the warp ended up 100 threads to short.  The warp is made from 2/10 Pima cotton. 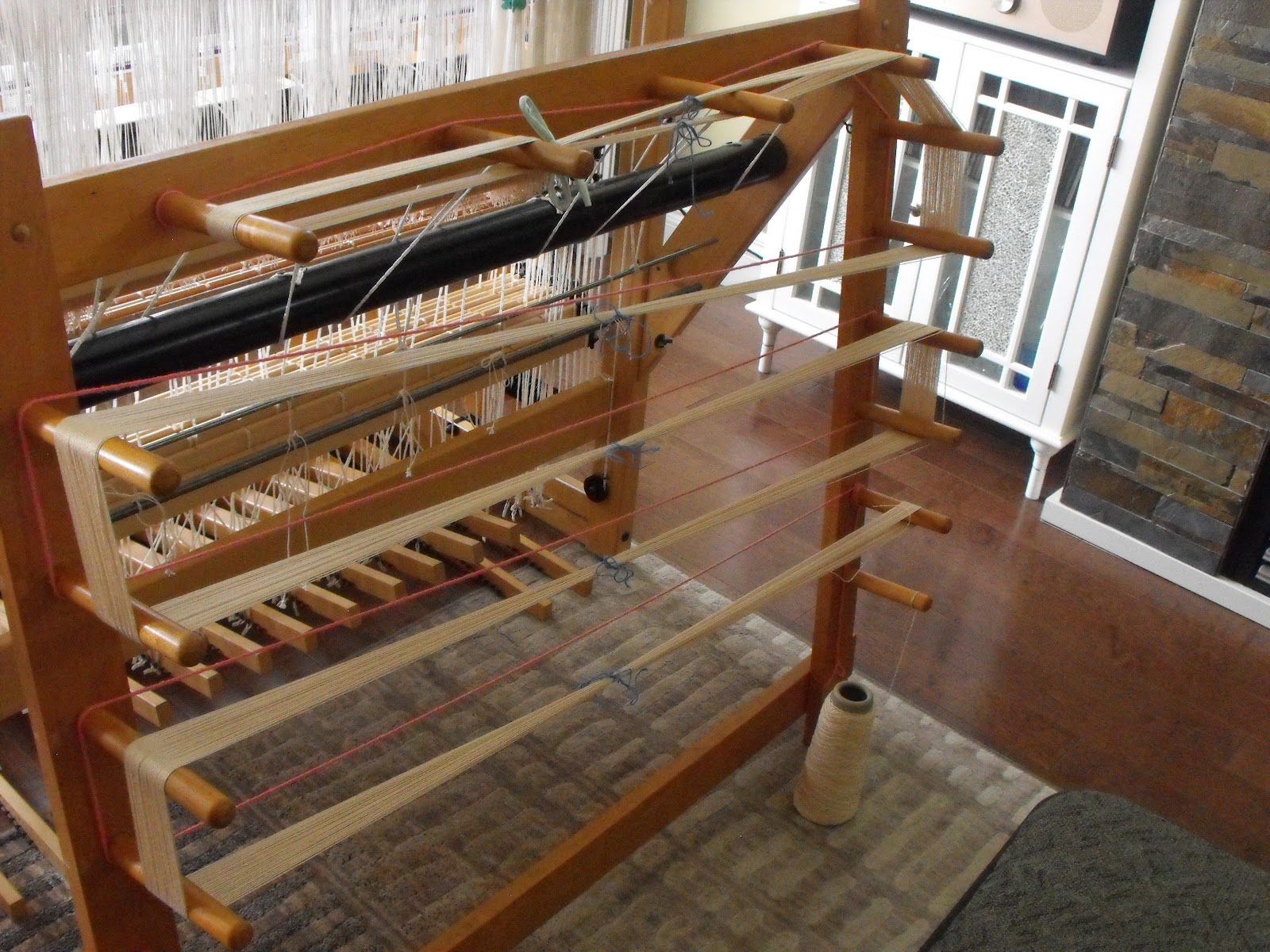 So I placed the warp back onto the warping board, it took two of us to stretch it back on, and unwound it.  I had pulled the warp using two cones that were ever so slightly different shades, so I had to carefully pick the warp apart into two balls. 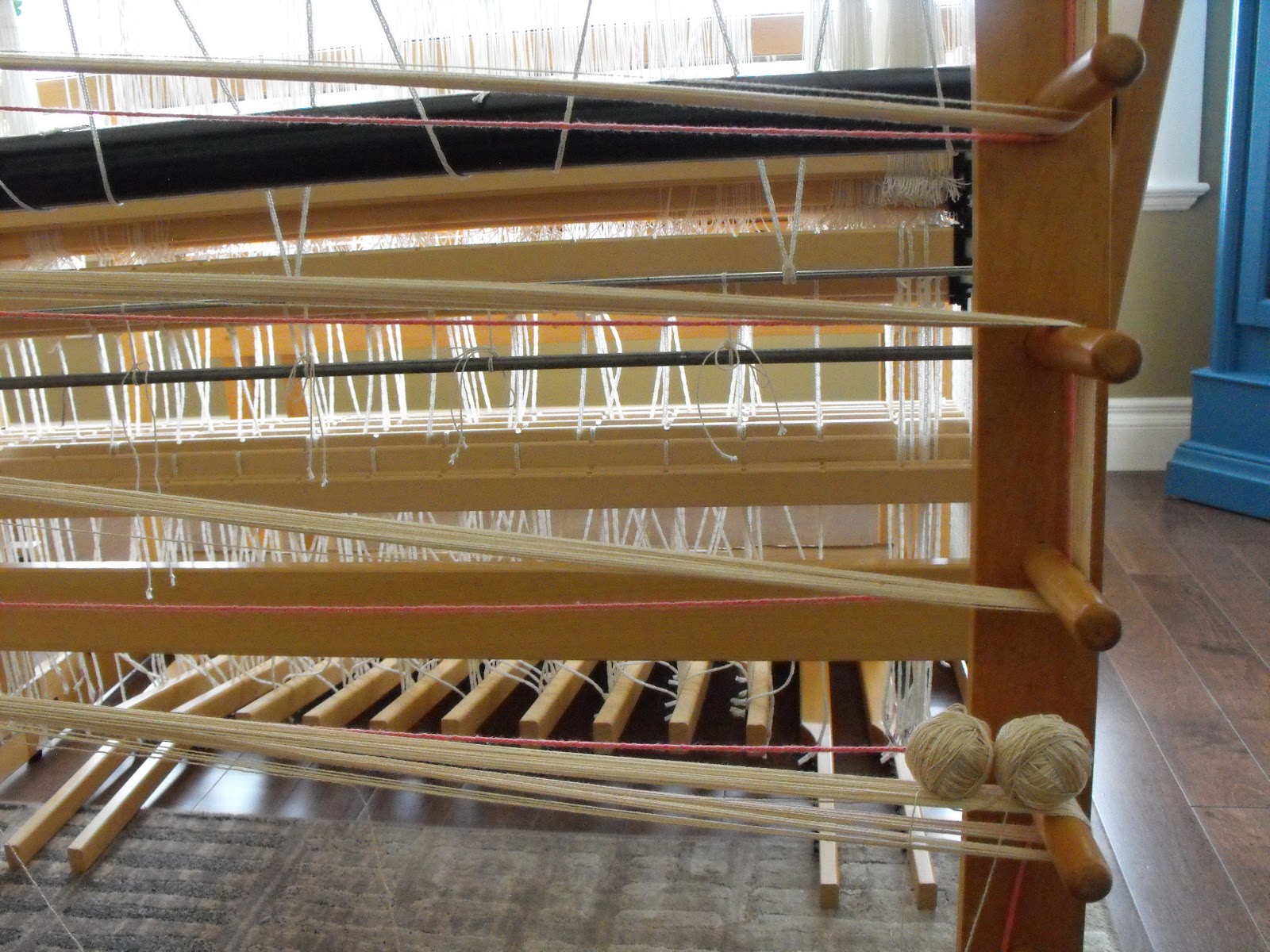 After more careful math I pulled the warp again at 4.75 yards long.  This time it worked out!  There is enough warp for two runners. 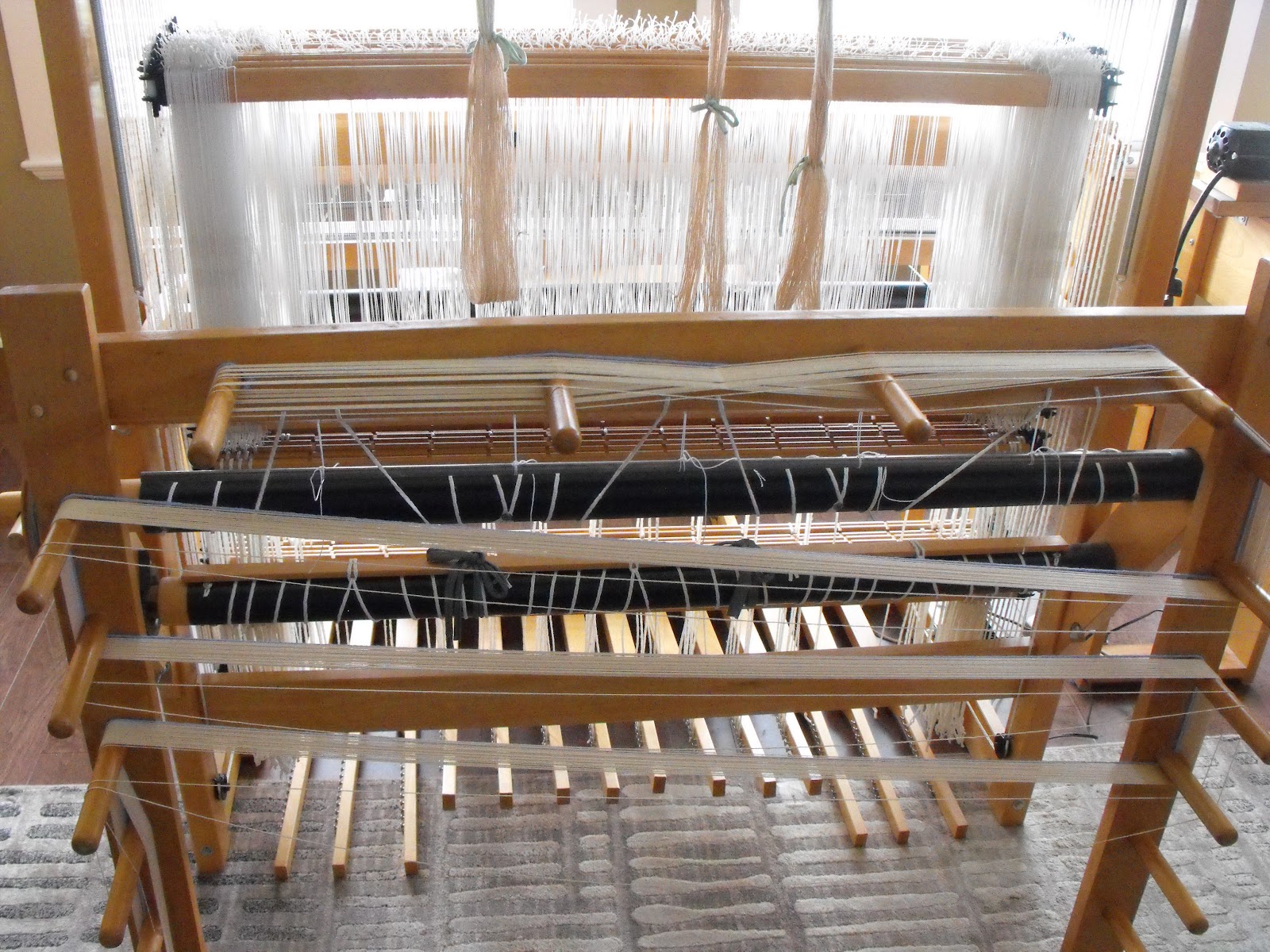 I have woven this pattern before many times; it is a favourite, so I used the threading chart that I had printed out years ago.  Well, I got about ¾ of the way through threading and I had run out of pre counted heddles on three harnesses.  I went back and looked at the computer, to find out that at some point I had created a second version of this pattern and I had threaded using the first version.  Oops.  So I threaded again using the correct version of threading. 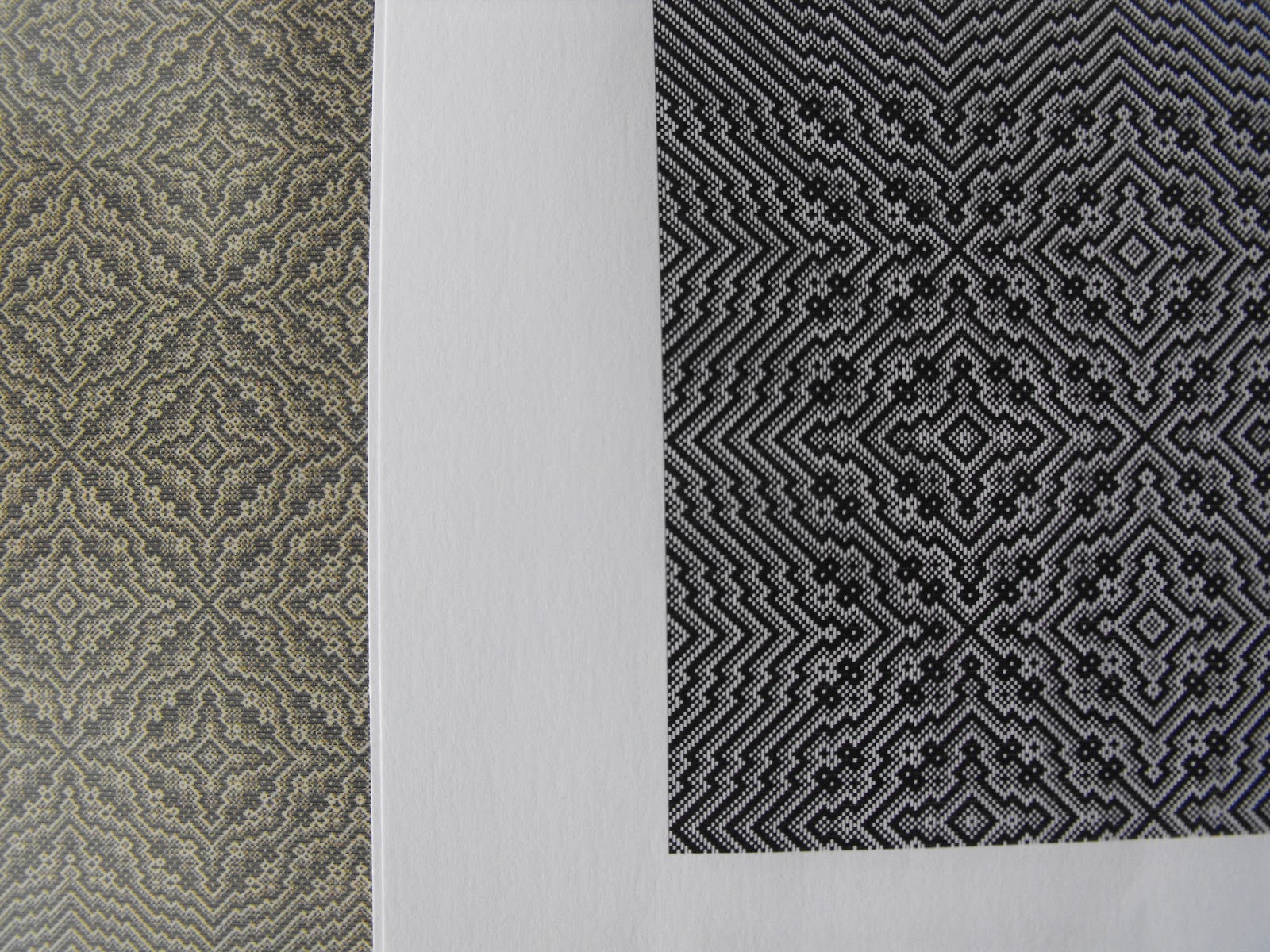 On the home stretch, I finally sleyed the reed and tied on the warp.  I started to weave the hem and I noticed that I had a sleying error right in the middle of the warp so I had to fix the mistake and resley again! 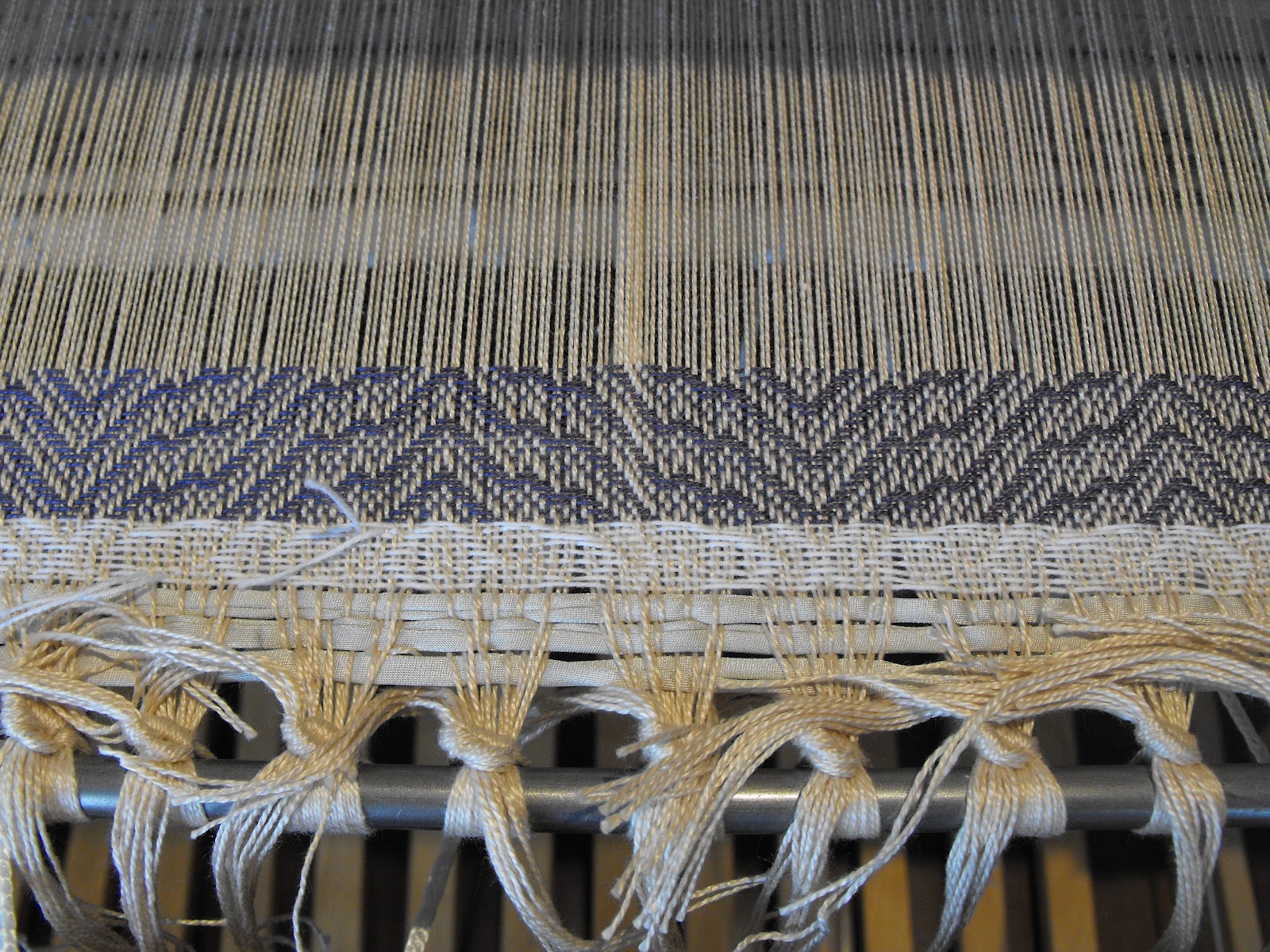 I am finally weaving the first of the two runners; the weft for this one is a lovely lavender 2/8 Orlec.  The runner isn’t weaving up very quickly because between rain showers I’m running outside to work in the garden. 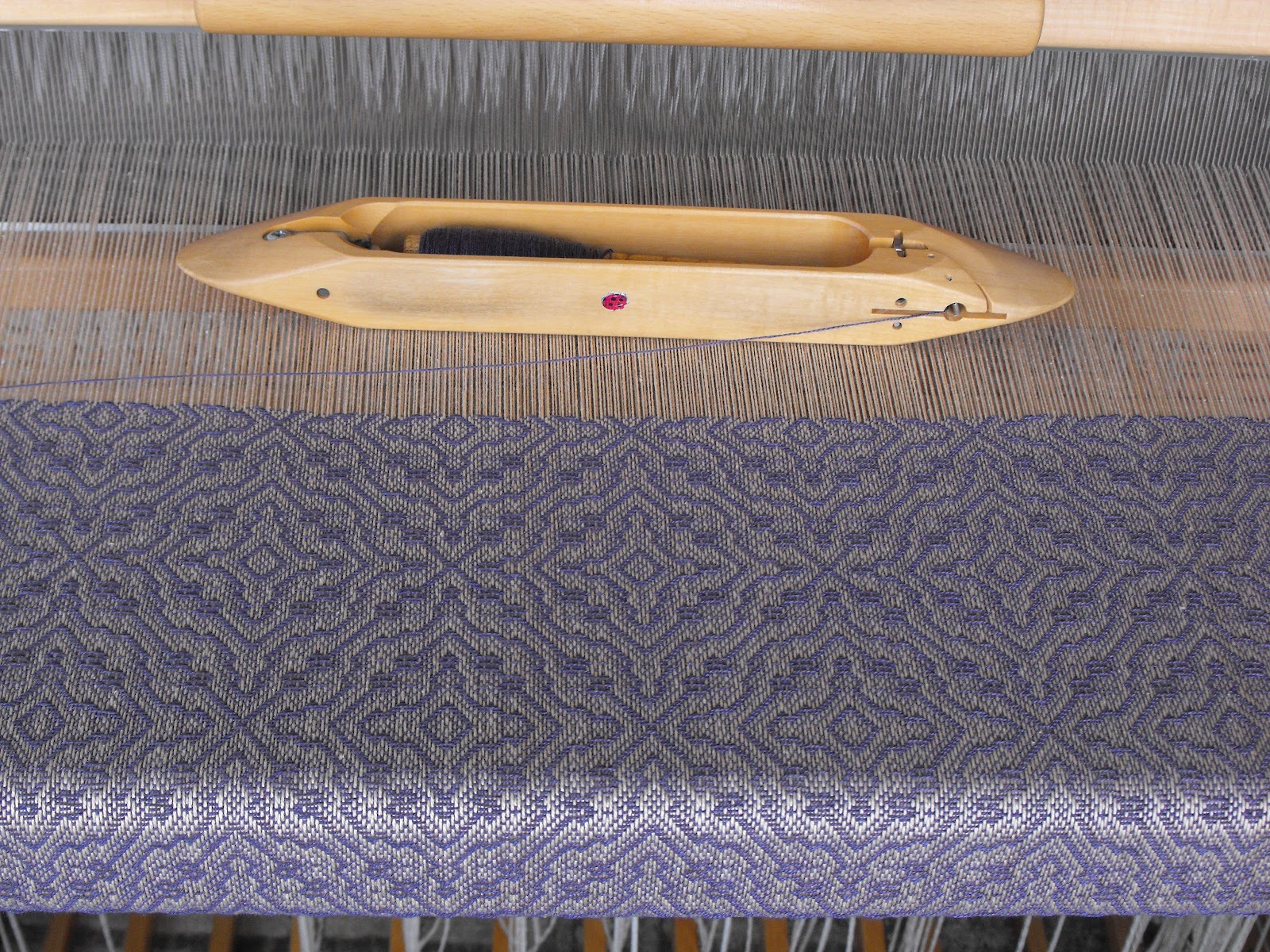 It has been a very cold and late spring; we are about 3 weeks behind.  But the tulips are up in the spring flower pot, a promising sign of spring.  It is hard to believe that in two weeks, at May long weekend, that the tomatoes will get planted out in the vegetable patch.  The tomatoes that we started in the greenhouse are only about 2 inches high still.  They have some catching up to do! 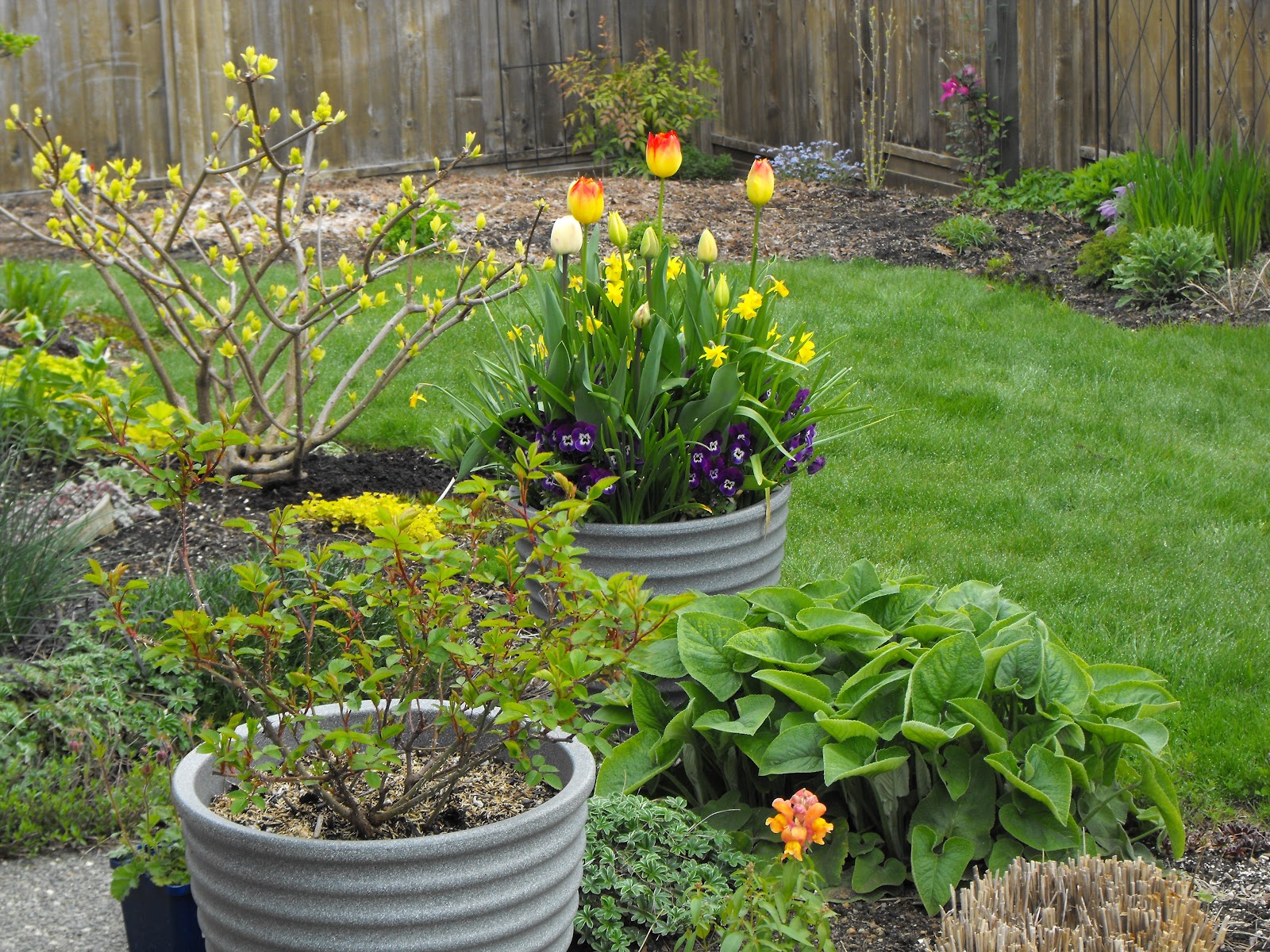 Thanks for the story of your Twice As Nice project. I am new weaver, who just did about the same thing with threading and sleying errors. It's nice to have company. 🙂 Though I was hoping that the "learning opportunities" would decrease somewhat over time...

Have you finished the project yet? I bet it's pretty. The first part was lovely.