The yellow, peach and pink plaid runners are off the loom.  They made a very satisfyingly large and heavy pile while I was taking them off the loom. 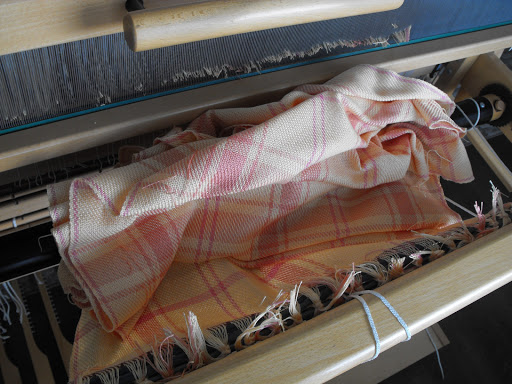 The runners were then washed and air dried.  I run them through the steam press for the first pressing before folding up the hems for hand hemming.  With the plaid pattern there were an amazing number of ends to clip! 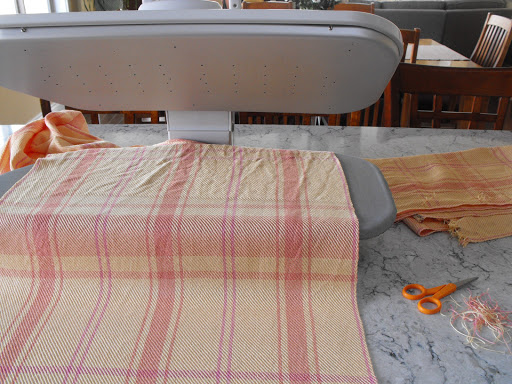 The runners are now waiting to be hemmed, just need a sunny day because sitting in the sun and sewing is really lovely.   Now that it is early spring and the garden is calling to be cleaned up every time the sun shines, so a real conflict! I did a small photo shot to show what the final runners look like.  The first table runner that I wove had a very long repeat; so long, in fact, that I couldn’t see the whole thing as I was weaving.  I was a little worried about it but the runner came out great.  I like the large scale of the plaid stripes. 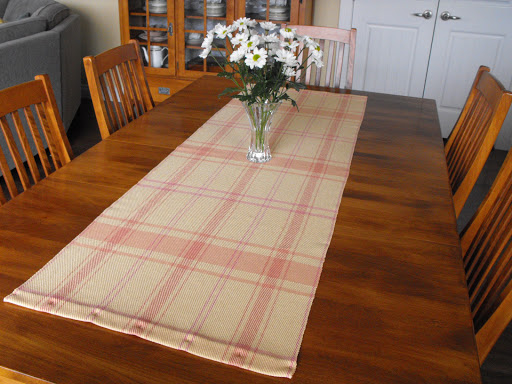 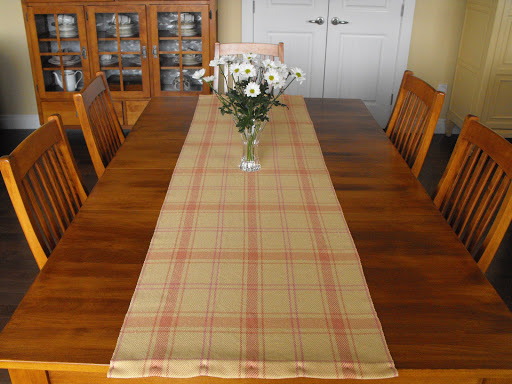 The second runner has more stripes of plaid and it’s longer overall.  I have to remember when I photograph these runners for Etsy, to take my time to straighten the stripes.  They looked straight on the table but the camera really exaggerates even the smallest of the wiggles! 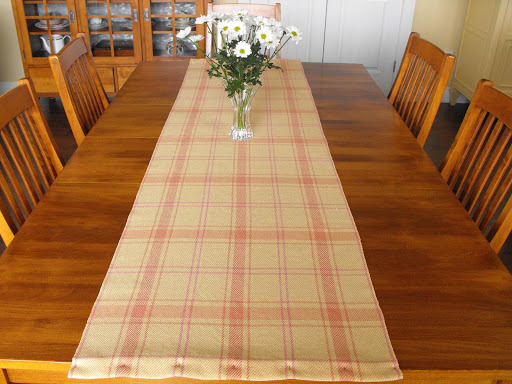 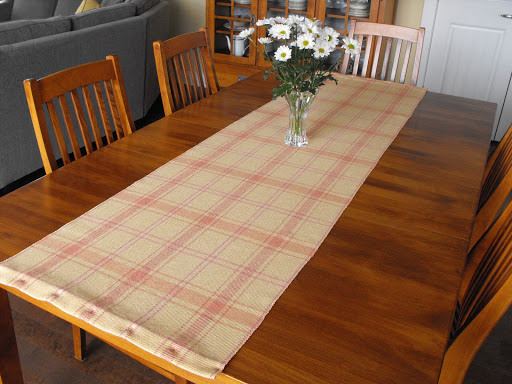 I really enjoyed weaving these lovely runners and I’m already thinking about putting more plaid runners on the loom.

The garden photo is crocuses.  They were hidden under some leaves so they are a little bedraggled but they are very welcomed sign of spring in the garden. 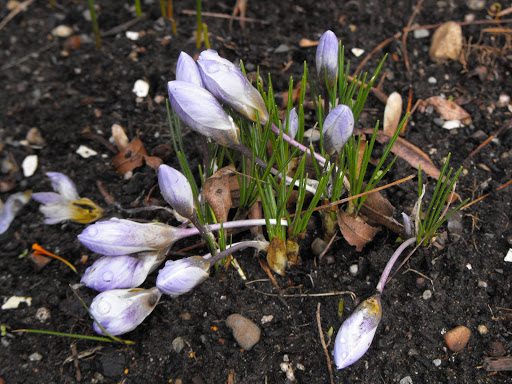