How I Do Photos for Etsy

I’ve not been weaving lately but I have been tidying up our Etsy shop, WovenBeauty.  First I redid the photos for the tea towels.  I've been experimenting with styles of photos, trying to get photos that are quick and easy to do and still show the product to the best of my abilities.  I use to have the tea towels on a plain white background but they looked like weird flying carpets, so I started incorporating the kitchen countertop for the photos.  This gives a sense of scale and grounds the photos. One drawback is that the light isn’t the best in the kitchen because we have a skylight competing with a north facing window so the photos can be quite grey, especially now that we are going into the winter months.  Here are two photos for the purple striped tea towels, the first is the old photo of weird flying carpet tea towel and the second is the new style photo on the kitchen counter.  Much better! 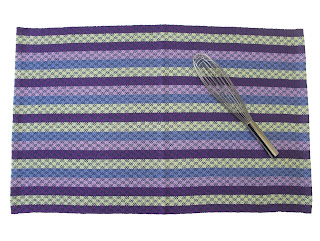 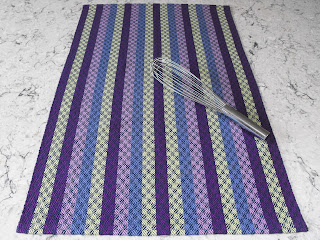 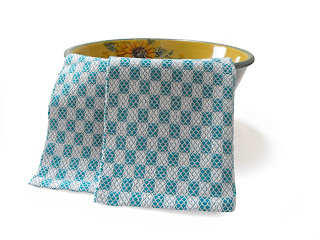 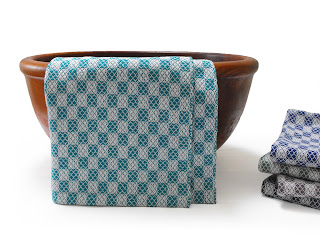 Last week I spent some time doing photos and making videos for the table linens.  Etsy recommends having seasonal photos so I did some winter themed product photos and I will change the first product photos for the table linens to the winter themed ones over the next week.  At the same time I did some videos of the table linens and that was a challenge!  Here is an example video for a red lace table runner. The winter light is terrible so I'll be redoing the videos in the spring, but these videos seem to work as I sold a runner just yesterday!
This week I’m retaking the photos for the shawls, now we can have up to ten photos for each listing, right now for the shawls I only have six so I took some more photos to fill the missing spots.  In one day I took over 660 photos of just 7 shawls!  Now it will take some time to process the photos so it’ll be a couple of weeks before the new photos hit the store.

Since the shawls are unpacked, I decided that I should do some videos for them also.  I wanted to do them outside showing the colours of the shawls in natural light, but the cold Artic air and the garden not being at its best, this means that I have to find a spot inside.  The slate fireplace in the studio made for a lovely backdrop.  The navy echo shawl is a good example on how well a video can help customers to see the true colours of the shawl, the green and magenta in the warp is quite hard to see in photos.

Looking at the shop I still need to top up the photos for about ten items; mainly for the knitted items and the skeins.  Hopefully I’ll get a couple more nice days for the product photography and maybe some more videos!

Final photo is of my orange, grow outside in Canada!  It was hard to tell when the orange was ripe, but the internet told me that when all the leaves fall off the tree the orange would be ripe.  Well there were still some leaves on the tree but one morning the orange had fallen off the tree, so I considered it done.  We cut it open to look inside, there is a lot of pith and the juice is quite bitter and we found three seeds inside! 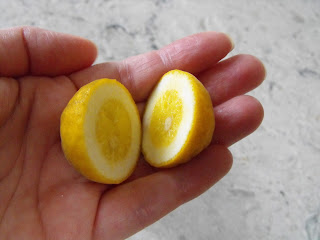