I wove these tea towels a few months ago. 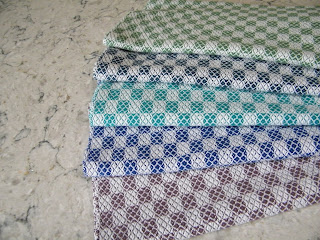 It was a really enjoyable weave and the tea towels turned out really nicely, so using the pattern as a springboard I created this pattern. 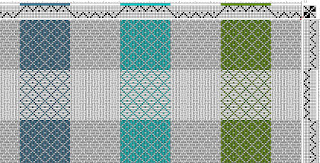 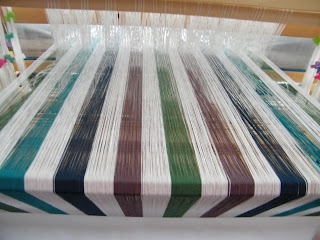 It looked really good as I pulled on the warp and so then my thoughts went to weft.  I decided to weave the pattern as big squares.  To achieve this I needed two wefts, so silver and white were my choices. 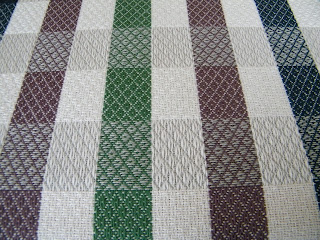 I wove about half of a tea towel and by then it was apparent.....this did not work.  I had put white edges on the tea towel 20 ends and I thought that this would stabilize the edge. 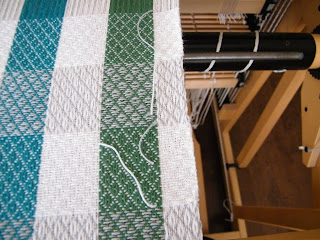 Nope, didn’t happen.  I can really see the wave effect when I change the weft and the treadling.  So lesson learned, if it works as a small motif, it will not necessarily translate into a large motif well. 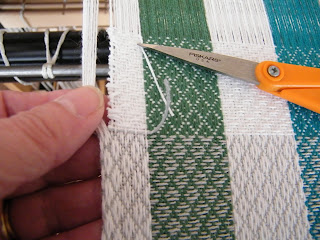 I started to un-weave my work and found that I go tired of that really, really fast, so I decided to cut the weft out.  Besides being the fastest option, it is also the easiest on the web. 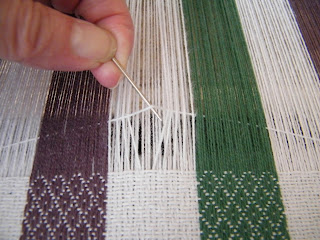 After I have snipped the weft threads a centimetre or so from the edges, I use a darning needle and pull the weft out from the centre.  I plan to un-thread the loom and find another pattern to weave. 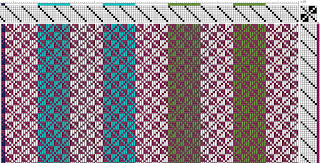 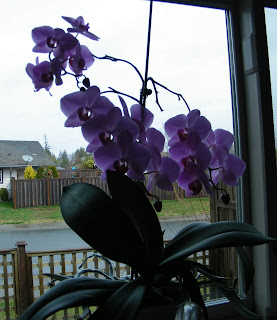 The garden is still in that ‘not quite spring’ stage, but my moth orchid put up one spike this year and it is absolutely loaded with blooms.  I has been in flower since February and shows little sign of stopping.
Posted by Lynnette at 5:16 PM